Does anyone here grow these Japanese apple varieties?

Does anyone here grow them?

I don’t. Just Fuji.
Many of them have good ‘genes’ though.

I think @Z9gardener may grow a few.

I have Orin. It is a sweet apple with enough crunch and lightness. I really like it. It is a large apple, too.

Of those on the list, I have only grown Orin and Tsugaru.

Orin is as described by Mamuang, if picked when the skin color just starts to turn yellow and is still greenish. Orange Pippin website describes it has yellow skin. I found that if it’s picked when it has turned yellow, the crunch is gone, at least in my climate.

Though I have a grafted branch of Tsugaru, I have never tasted it, thanks to the rats.

How about Shizuka, Hokuto and Senshu? They are Japanese apples, too.

Shizuka produced for us this year. Excellent apple.

I don’t have those. The only interesting Japanese apple I have is Alps Otome.

I grafted Shizuka and Hokuto before but didn’t get to try them before the tree where I grafted them died.

Senshu is sweet, crisp, juicy, thin skin and with tiny bit of acidity to make it interesting. It has less acid than Honeycrisp but with Honeycrisp crispness. I like it better than Fuji (one of its parents) which has a denser crunch.

I have Shizuka, Sayaka, Mutsu, Sekai Ichi and Hokuto. All of them are superb. Although I haven’t tried Hokuto yet because this year my Hokuto graft gave first fruit and they’re almost not exposed to a proper sunlight, so I’m waiting for the leaves to fall so it gets proper colour (it is still green with only 5% pinkish blur on it).

Yes, especially Hokuto (a Guiness record holder in size), it is just mind boggling when those wizards from Japan crossed Mutsu & Fuji.

It is reported that genetic testing concluded Mutsu was not the pollen parent, it was an unknown variety.

Can you give any info on your statement?

Makes sense since MUTSU is triploid and the pollen should be bad.

Thank you very much for this info👍

The Japanese have done some interesting breeding. I’ve not tried most.
Just the Mutsu and Fufi that I have eaten for decades…
many of their apples have Rall’s Janet in the parentage…
sweet flavors.

I’m hoping to obtain some of the red fleshed if/when they make them available…I have heard they are genetically modifying some in more recent experiments. 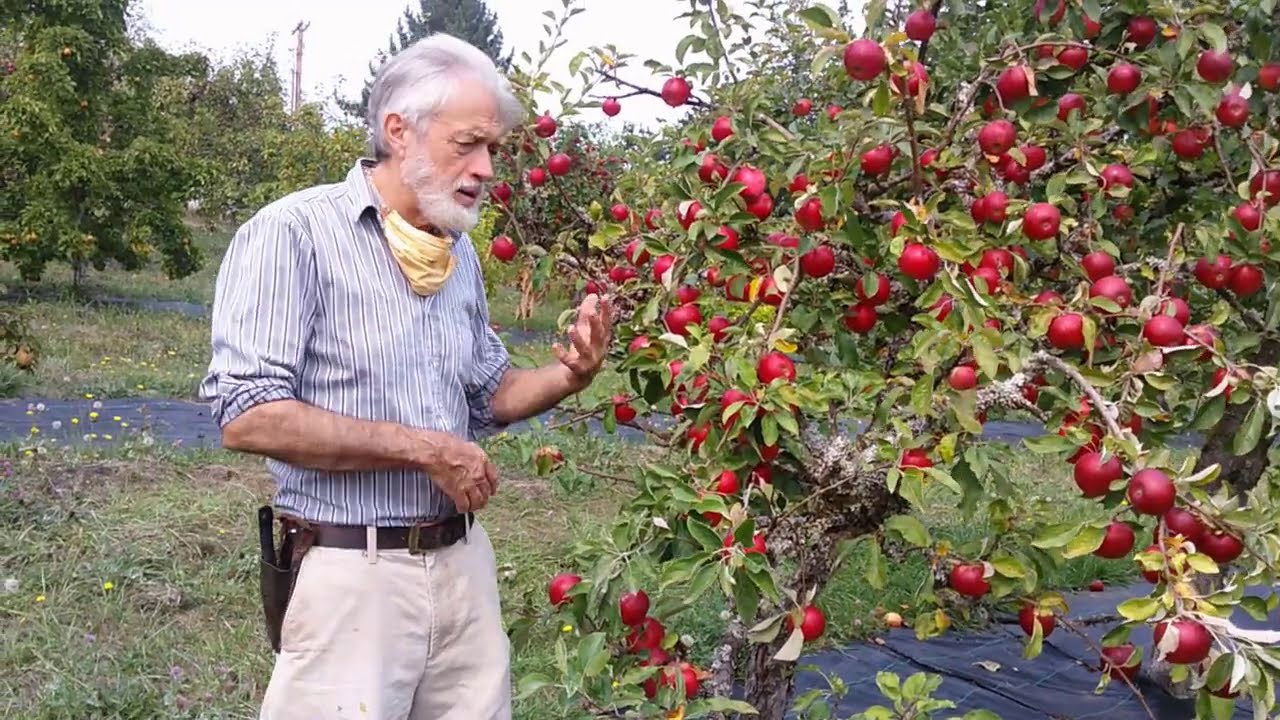 Not those specific varieties… but I do have an Akane… the dude at burnt ridge shows one in the vid above.

Blooms mid-late… ripens early… very disease resistent… good for fresh eating… stores for months… (nursery and burnt ridge talk there)… mine has not fruited yet… hopefully will next year.

On disease resistance… it has been very healthy so far… grown well… I have Akane, Hudson Golden Gem and Gold Rush… planted within 50 ft of two large eastern red cedars.