Or does it just keep the tubers from greening, plus keep them a bit cooler?

It seems like there’s an age old debate on this. Some people say that as you mound the potatoes, the tubers will actually set up the stem
to the final soil line, whereas other people insist that the tubers set where they set, but the mounding and mulching keeps them from turning green, as well as keeps them from getting too hot.

When I was a kid plenty of potatoes were raised here under straw or hay and they never used any dirt at all. Once the potato vines died they pulled the hay back. It got real snakey around there when We started pulling back that hay. Thankfully none of them encountered were poisonous but I would recommend caution. Wet soppy hay and moist muddy soil in July is at a premium and snakes love it! Voles nest in hay and eat potatoes, those voles are most snakes food. In those days we called voles field mice. Several types of rodents, Rats included and other undesirable creatures are attracted to a patch like that here.

Simple answer, hilling does not increase yield with any variety of potato grown today. It is entirely for protecting the spuds from greening and to some extent from varmints intent on getting a free meal.

More complex answer, the potatoes we grow set stolons at the plant crown just above where the plant grew from the potato that was planted. The crown portion of the stem is about 3 inches long and all of the stolons emerge from that region of the stem.

There are some wild species of potato that can set stolons further up the stem. When you read about mounding up the stems to produce more spuds, the reference is to these varieties.

It is entirely for protecting the spuds from greening and to some extent from varmints intent on getting a free meal.

I actually used the trench method, and then when they got tall enough I filled in the trench. Which means tubers will be developing between about four and 8 inches below ground for the most part. 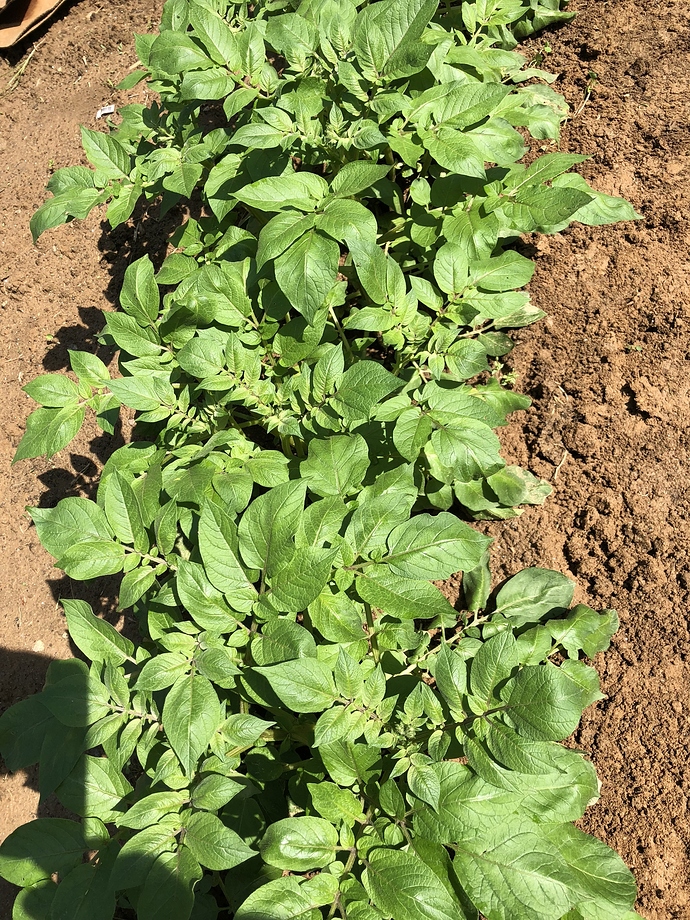 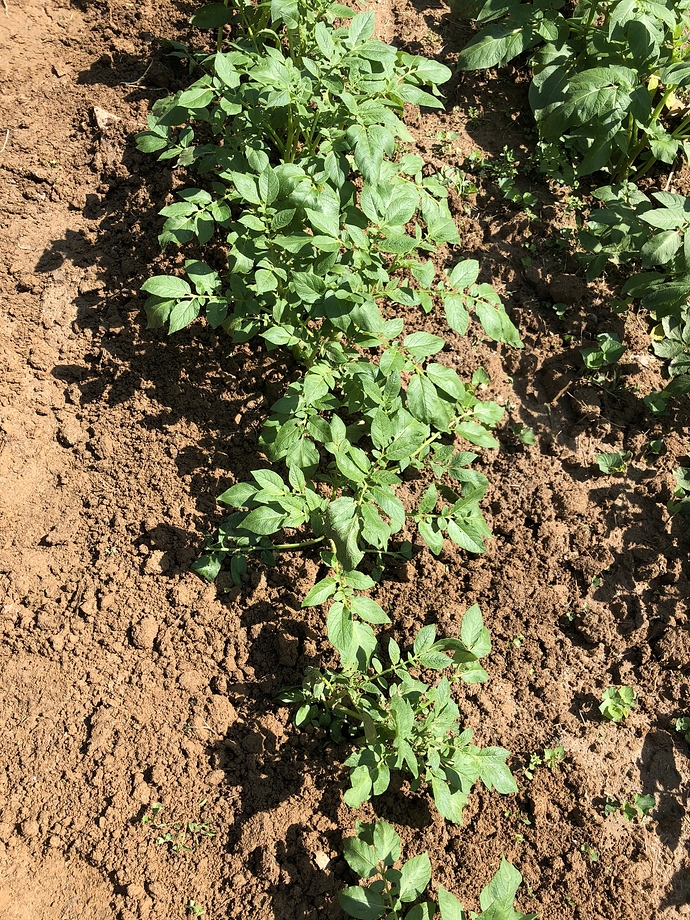 This is correct, but some varieties, like Red Pontiac, grow that stolons very long, and they going upward, to the soil level. The stolons also branch, ones they reach just bellow soil level, they set. But if you keep adding materials, they will branch and grow upward again, and set more. For some reason they grow up more willingly than far from the plant. This is my own experience, just describing what I see every year.

Here’s mine after mounding up the other day. There’s fencing around the planter bed so that none of the tubers will be stolon by the dog. 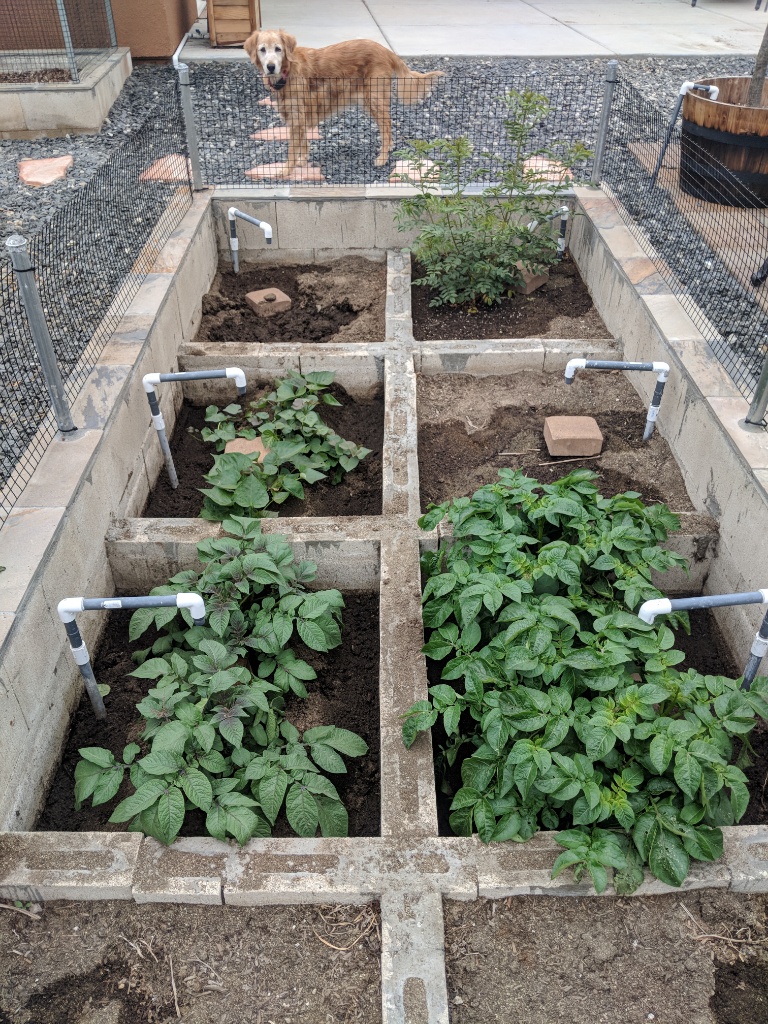 potatoes are the cash crop here. they plant them 6in. down on flat ground once the plant is 6in. they disk the soil 12in.high on either side. when done the row is about 15in wide at the base. even then you see quite a lot of green ones coming on the harvesters when dug.