Does my grapevine have Pierce's Disease?

I went out to look at my grapevine the other day and noticed some leaves looking yellow & brown. I really hope it’s not Pierce’s Disease.

This is a second year vine that produced and ripened two clusters. They actually tasted good, like how I remember grapes used to taste when I was a kid. Supermarket grapes taste like crap.

Back at the end of July, I posted that my grape leaves are turning brown and we came to to conclusion that it may just be leaf scorch - you can see that conversation here: What is wrong with my grape leaves? (GA, USA / Unknown variety). I’m not sure if the following problem is related or not. 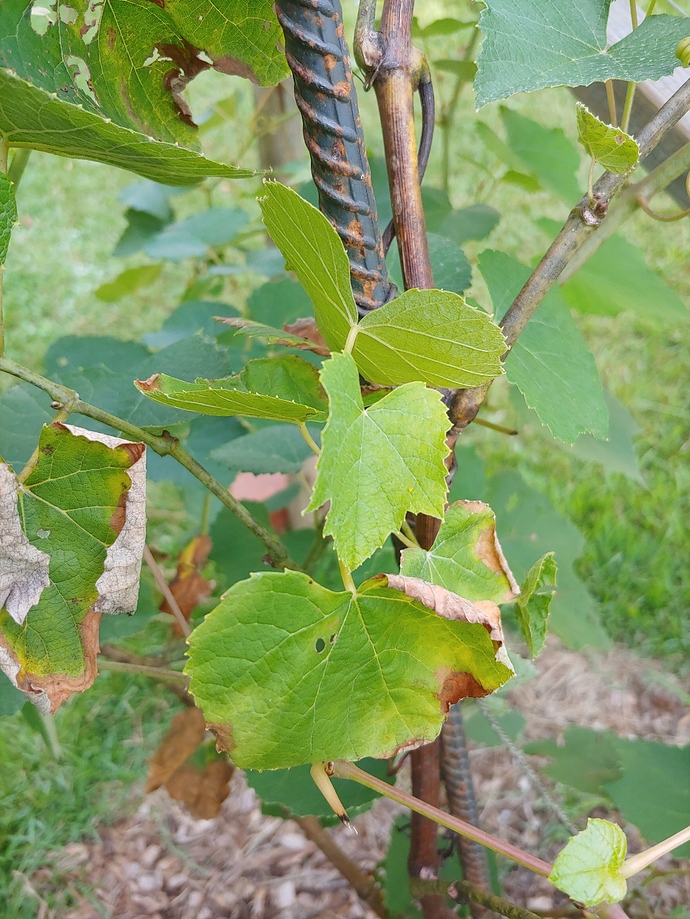 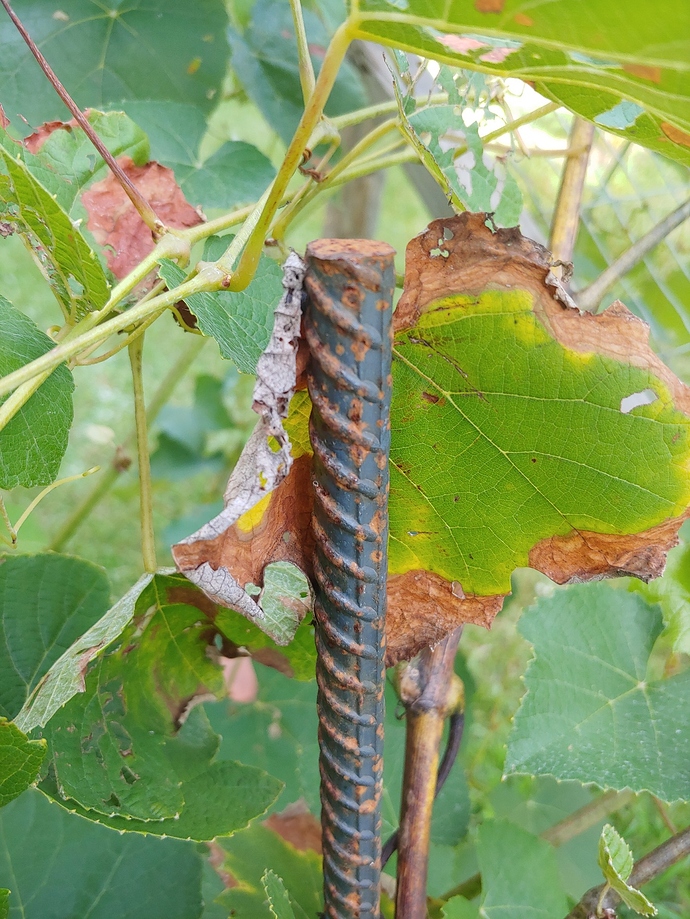 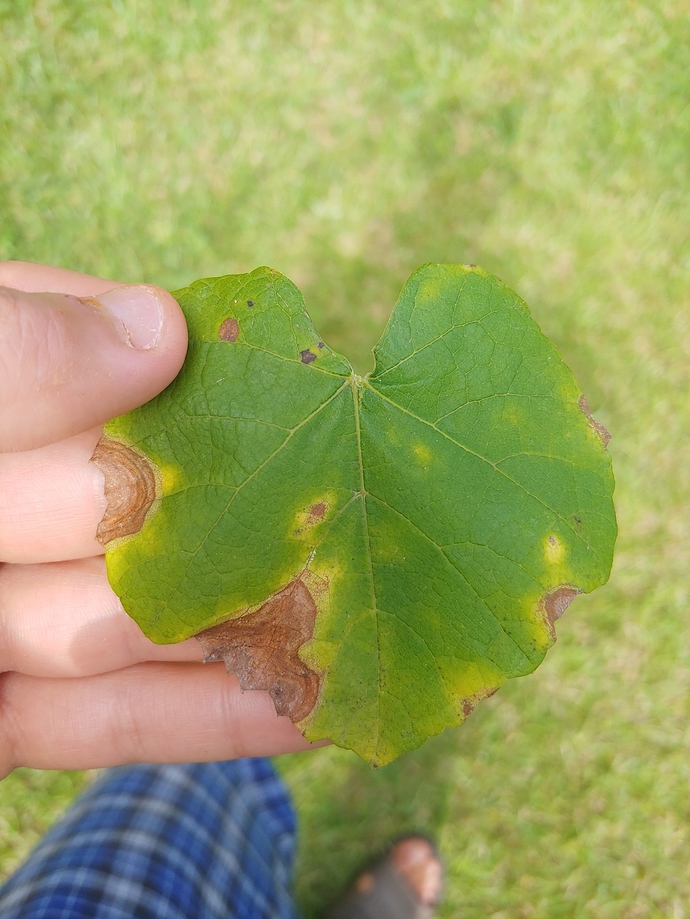 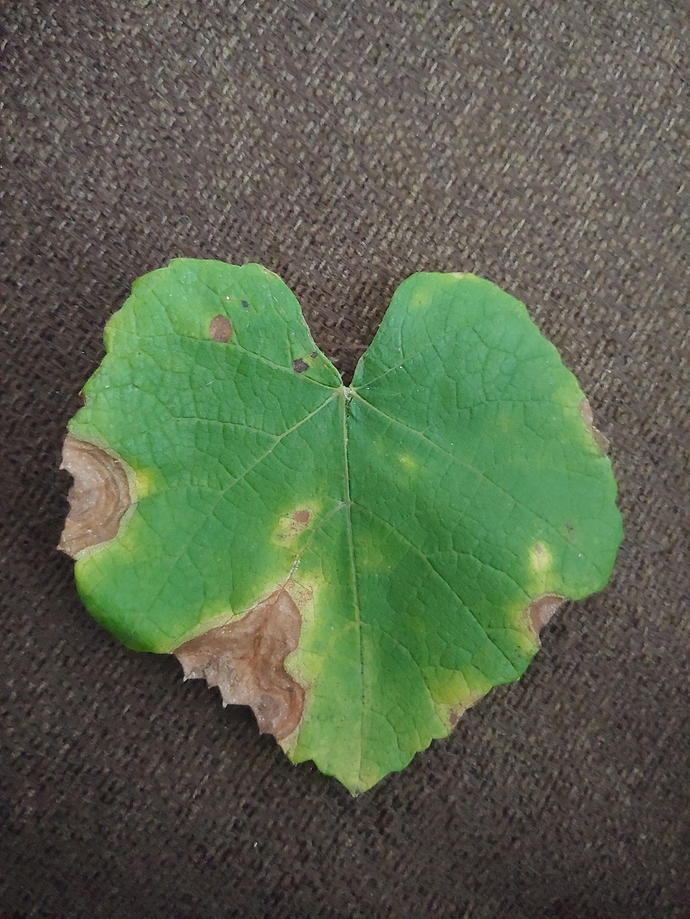 I am not sure, but I would compare with downy mildew.

I feel that the best way to diagnose Pierce’s Disease is to look for the “matchsticks” appearance on your vines. That is when I realized that I had it. The appearance of matchsticks is unmistakable. Observe the matchsticks on these vine pictures. Does your vine have similar matchsticks? 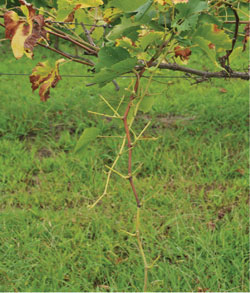 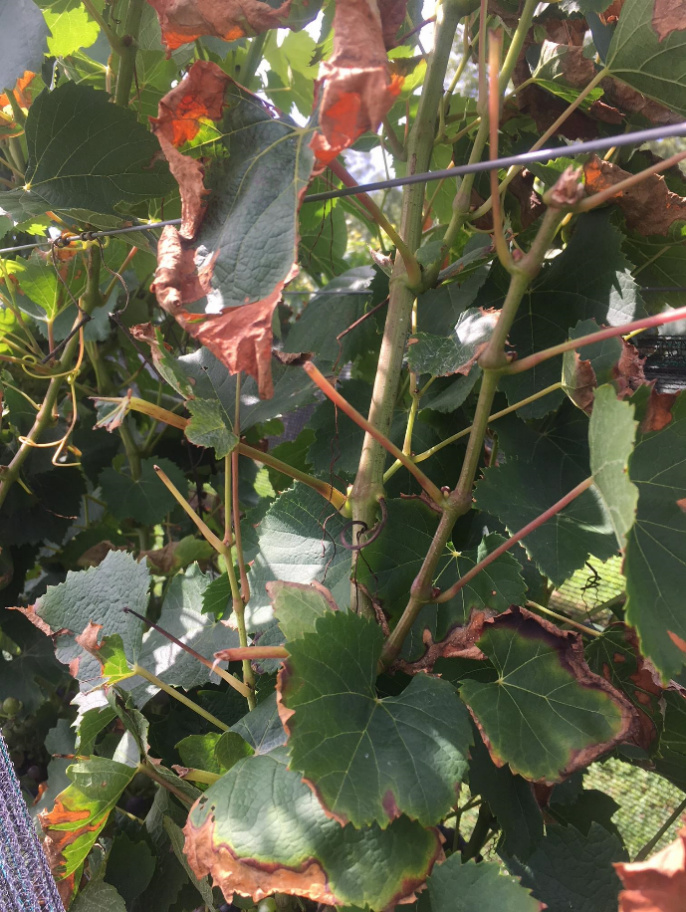 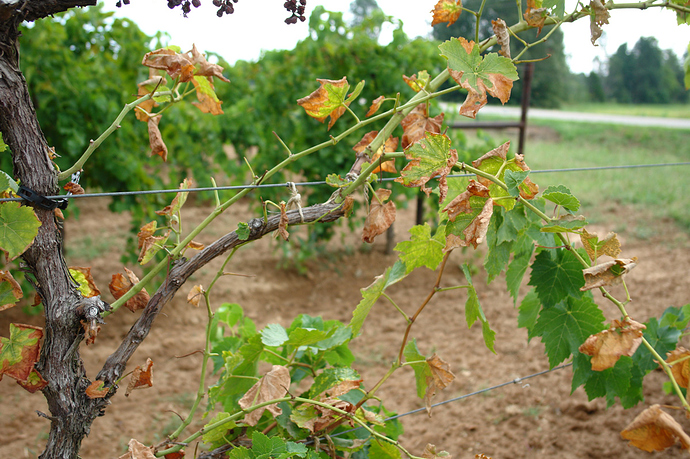 From the looks of your leaves you could certainly have Pierce’s disease. Do you have premature defoliation?

When I had PD back 4 or 5 years ago I took part of my vine to the county extension office and their lab confirmed it was PD. Recommended the Saturn variety as a vine that was PD resistant. But I ended up giving up on table grapes and started transitioning to muscadines.

It really sucks that grapes do better in cold environments due to the bacteria causing PD. Because on one hand I want to move to warmer places so that I can grow more types of trees in ground, but that limits my ability to grow table grapes. And vice versa - cold environments doesn’t allow you grow everything - such as loquat, citrus fruits, and even many types of figs.

By matchsticks do you mean the stems that remain after the leaf has fallen off? I don’t have that yet, but wouldn’t that happen eventually, even if there is anything else wrong with the leaf? The leaf’s natural progression would be to drop/defoliate. Are you saying that’s not necessarily the case?

Yes, ‘matchsticks’ created where the leaves have dropped but petioles remaining attached. Normally the leaves will stay on until around frost but with the stress of hot/dry late summer a vine suffering from PD will have premature defoliation. Of course the more diseased that the vine with PD is, the more the vine will have the matchsticks effect. If your vine has PD it will probably survive the winter but the PD will be even worse next year. In my experience, if I remove the vine and plant another PD susceptible vine in its place, the new vine will develop PD also.

No, I never grew Saturn. Just the extension office recommended it as a table grape with resistance to PD. Can not find the Saturn vine in the brick-and-mortar stores.

Do you know how much it would cost to get a grapevine tested? I’d rather just pull it out and not waste time if it has it.

My county extension office did not charge me anything. Also diagnosed a problem with my pear tree.