Does Sunrise pear have thorny buds almost like a callery?

I grafted a Sunrise pear this spring, and I didn’t notice anything unusual all growing season, but looking at it just now I noticed that it has kind of thorny terminal buds on some branches, almost like a callery. I’m sure what I was looking at wasn’t coming from the rootstock, but it’s possible the scion got mixed up somehow. Does Sunrise have thorny branches or was my scion wood mixed up?

@marknmt
Thanks for the vote of confidence. This pear is one of Richard Bells creations. I don’t know a lot about it unfortunately. The pear seems like a winner Pear breeding moves toward better varieties | Good Fruit Grower. It’s certainly got the genes for thorns ‘Sunrise’ Pear in: HortScience Volume 46 Issue 1 (2011)
"Origin

The original seedling tree of ‘Sunrise’ originated from a cross of NJ5001710820 × US 446 (Fig. 1) performed in 1965 by H.J. Brooks soon after he revived the USDA pear breeding program initiated by Merton Waite in 1908 (Magness, 1937). It was tested as OHUS 66170-047 and was selected in 1977 from the seedling orchard at the Ohio Agricultural Research and Development Center in Wooster, OH by R.C. Blake and T. van der Zwet. ‘Sunrise’ is composed of Pyrus communis L. and Pyrus pyrifolia (Burm.) Nakai parentage. The sources of fire blight resistance are the P. communis cultivar Seckel and the P. pyrifolia selection New Jersey 1. Subsequently, ‘Sunrise’ has been evaluated for fruit quality, fire blight resistance, and productivity in replicated trials of clonally propagated trees at the USDA-ARS Henry A. Wallace Beltsville Agricultural Research Center in Beltsville, MD, the Ohio Agricultural Research and Development Center in Wooster, OH, and the Appalachian Fruit Research Station in Kearneysville, WV. It is currently being tested or has been tested at eight experiment stations throughout the United States for range of adaptation and productivity under a variety of environmental conditions and management systems.

Does Sunrise have thorny branches

I grafted a branch to a multi-graft pear on OHxF 333 a couple years ago. It’s all spurred up, so I’m hoping for my first crop this year. Nothing thorny on it. It looks like a typical pear graft.

Here is a picture from Burpee @AJfromElmiraNY Sunrise European Pear - Fruit Plants for Home Gardens at Burpee.com
Looks like it takes after the Bartlett side of the family. Yours thornless with the Bartlett type leaves? @cousinfloyd does this look like yours? 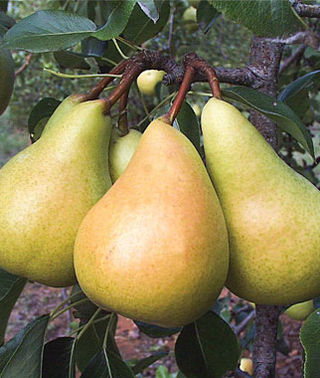 Last August (or late July) we went to a “you pick” farm near by and I remember seeing Sunrise there. Didn’t notice any thorns though…

If you end up going there, there’s a great greenhouse not too far from there. Black Creek Greenhouse. It’s also worth a visit.

Clark, I just grafted Sunrise last year, so I haven’t had any fruit yet. I don’t remember the leaves looking suspiciously callery-like, but some of the twigs definitely look different from my other pears. I’ll see if I can take a photo. Thorns probably isn’t technically the right word, but I’m not sure what to call them. What’s the proper word for the sharp things I see on callery seedlings?

@cousinfloyd
Hope it turned out ok for you. My Sunrise pear is still very small I added. Thanks

Thanks for the reminder. I should take a photo to share. The leaves definitely look like a normal pear to me this year.

To update this old thread, my Sunrise pear fruited this year and produced normal-size fruit, so it definitely wasn’t a callery, and I have no reason at all to doubt that it’s true to variety any more. The pointy, callery-like buds that were on the first year’s growth just got me wondering.

Many pears are very thorny in the juvenile stage and lose the thorns as they age. Some of mine are real nasty customers for deer to try to pick on and the deer learn the hard way to leave them alone. @cousinfloyd sunrise is displaying good generics when it does have thorns on new trees.

I haven’t ever noticed it with any of my other grafted pears before, though, and I’ve probably grafted around a dozen other varieties of European pear. I don’t suppose there’s any chance that Sunrise would display more juvenile type growth habits because it’s a newer variety, is there?

To update this old thread, my Sunrise pear fruited this year and produced normal-size fruit, so it definitely wasn’t a callery, and I have no reason at all to doubt that it’s true to variety any more. The pointy, callery-like buds that were on the first year’s growth just got me wondering.

How did the fruits taste to you?

As an example of nasty pear thorns this is BET rootstock. Domestic pears like sunrise may have a few juvenile thorns but nothing like these rootstocks. These thorns will last on this tree until I graft it over. 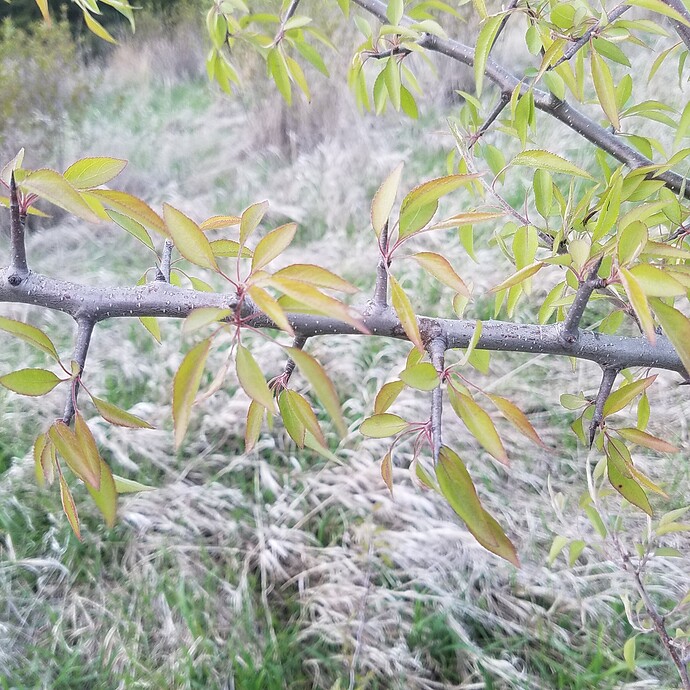 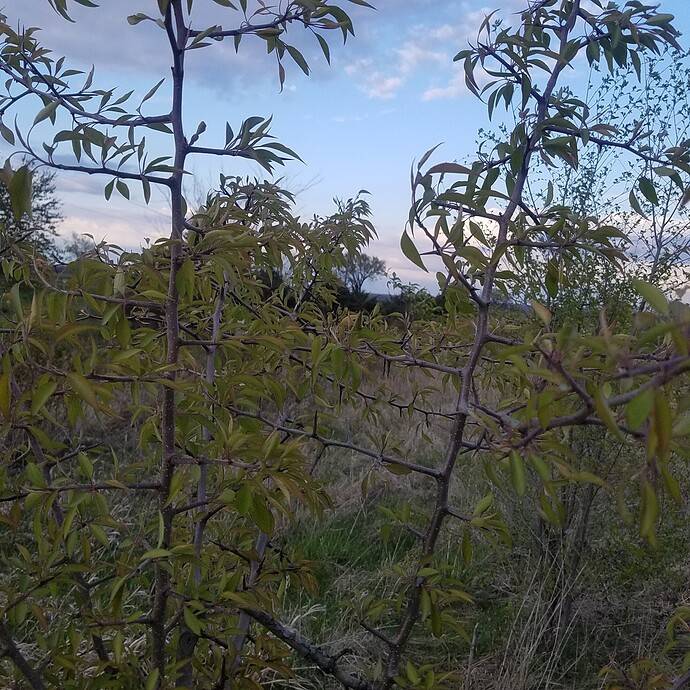 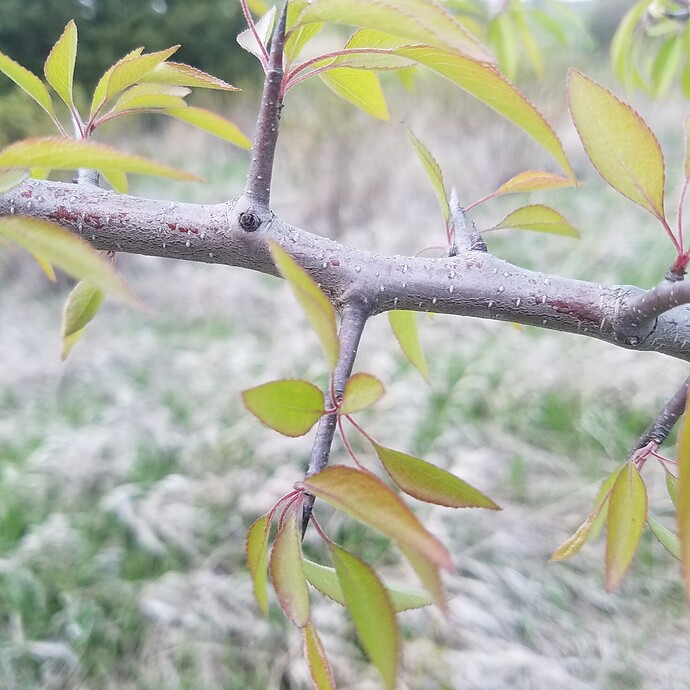 How did the fruits taste to you?

I think I only harvested one or two fruits, and I think I got them mixed up with other pears I had in the fridge. I don’t remember exactly what happened, but in any case, I didn’t keep track of things well enough to be able say anything about how the fruit tasted. If late frosts don’t take out all my pears this year I’ll try to keep track of things better.