Does this corn have good color?

They say the foliage color is a good indicator as to whether sweet corn is getting enough nitrogen. What do you think? 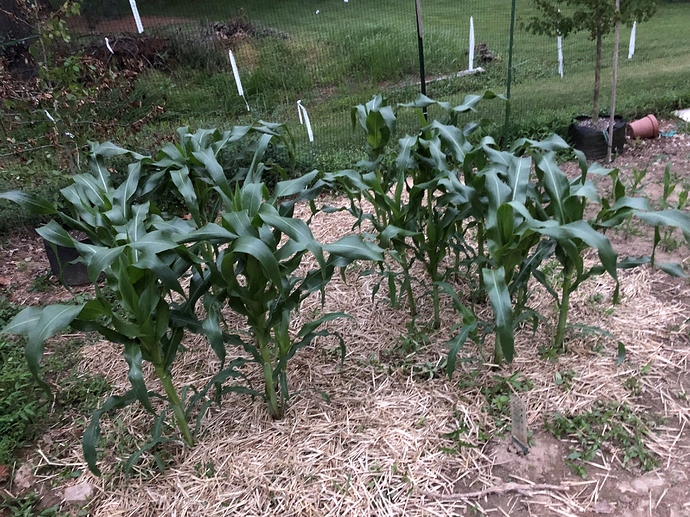 If…
there isn’t enough topsoil, there may be yellowing later, but looks good at this time.

Looks almost too green, might be the light. Anyway, I imagine it’s getting plenty of N. What variety are you trying?

Good idea with the straw, I had to hoe my corn patch today, we have 9 rows, about 25ft long each, so that was quite a chore. Also did the tater patch. Was trying to till the weeds out of the corn/cuke patch, but it started raining on me, so that was the end of that.

I get some wheat plants (I guess that’s what they are) in the straw, and occasionally other weeds, but it’s manageable.

Serendipity is the variety. It was near dusk when I took the pic.

The color looks good. I put more N on corn than any other crop. You want the deepest green you can get for corn. I usually apply about 4 small applications the last being somewhat earlier than your corn.