Don't wait as long as I did

After several hundred grafts I have never been comfortable doing a bark graft so I just went with what I knew how to do. My typical cleft grafts had already started growing when I decided to try out the bark graft. The bark slipped easily and I popped in two scions. Although my other type grafts have served me well the bark graft was very easy. Don’t wait as long as I did to try different methods. 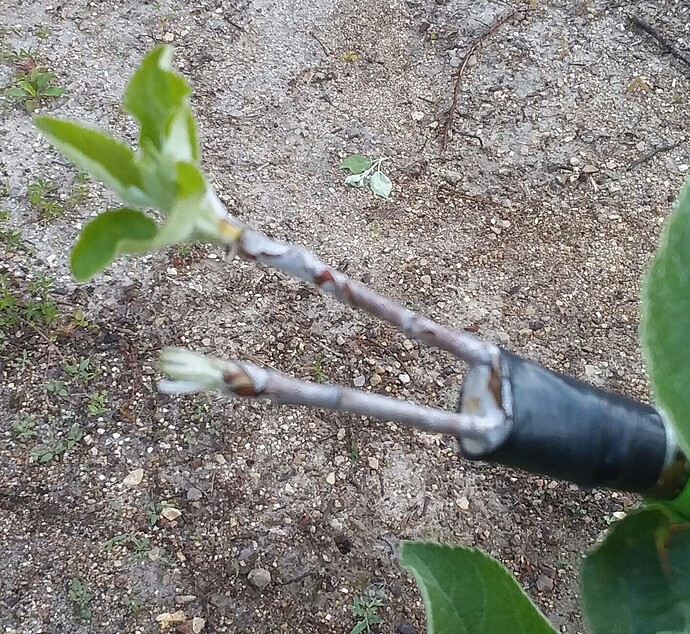 I have performed only about a dozen grafts so far. Most have been with my zenport style tool but a couple were bark grafts. I found it was pretty easy to do (although I’m not sure how many takes I’ll have).

Yes, it is very easy if bark is slipping. If not, it won’t work well.

When I grafted on 4/24, my pawpaw bark slipped very well while jujubes, not so much.

The only variety that I have had a low take rate grafting is persimmons. I’m wondering if the bark graft would up my success rate.

Based on Dax’s hot callus pipe method thread, it seems that persimmons are much easier to graft that way than hoping mother nature gives you the proper amount of heat at the right time.

Hot Callus Pipe DIY credit: Ryan Russell WALNUTS - do not graft using this callusing system. Pecans, hickory, hican, over 90% success. YOU MUST ELEVATE THE UNION SO IT IS NOT TOUCHING THE CABLE !!! ALWAYS KEEP THE BUD OR BUDS OUTSIDE OF THE HOT CALLUS PIPE THE REASON BEING THE BUDS WILL “WAKE UP” BEFORE THE GRAFT UNION MAY HAVE ADEQUATE TIME TO CALLUS. CHIP BUD GRAFTING WITH A CALLUS PIPE MAY BE DONE BUT BE AWARE THE BUD WILL NEARLY ALWAYS BREAK DORMANCY AND BEGIN GROWING INSIDE WHERE …

The cleft and bark graft are the main ones that I have done with just a few whip and tongue ones so far. The first 2 are much quicker but it is fun to use the W&T some as well. If not for this forum I would never have tried grafting at all! It is good to point it out about making different types of grafts though because some might not ever think to do it if not encouraged to do so

Congrats on those as well @Auburn

Hot pipe is great for bench graft. I only do field graft. Wait for tree to wake up, sap to flow and bark to slip will be what bark graft needs. Cleft can be done before bark is slipping. So, when I graft early, I go with cleft or splice.

Just guessing, I’d say I did 15 bark grafts this year, the most ever.
Probably close to 30 cleft. (Most using small tyiggy scions). Seems nearly all have taken.
Two whip.
3 ‘saddle’
About a hundred whip and tongue.
Maybe 10 whip and tongue using a side graft and larger rootstock.
One side graft using whip and tongue with a larger scion than rootstock.
One double graft using a bark graft on one side of a half inch sized limb and a side graft on other side of the same. Both have taken. (Both to be retained…on a ‘frankentree’).

150 plus so far this season…and I’m about done, may do a half dozen more…or may regraft to any failures…(failures seem few…great).

So, I agree, try experimenting using something you’re not used to sometimes.

Exactly what I thought by the end of the grafting season. I’m reasonably new (2nd year grafting) and I got really good success with cleft. I’d still recommend it for any beginner. However, I got tired of splitting large wood, specifically for top-working and tried a few bark grafts and they are easier to do and leafing out faster. Also for figs, the grafts heal slow and the scions grow rapidly. After losing a few grafts last season post-callusing, I hesitated but tried a few W/T. It does take some getting used to, but I see similar success. They also result in better healing and stronger graft union. So yes, repeating what @Auburn said - experiment with a variety of grafts!

What’s your rootstock? Are you grafting after the rootstock is well leafed out? I just followed the instructions in the forum, aka waiting longer and grafting during a warm week. My root stock is Jiro Fuyu kaki from DWN and I get nearly 100% takes (all clefts).

My apple trees have already grown out 6-10" and are well leafed out. This apple tree is on M111 root with a B9 interstem.

Ah, I asked for your persimmons. Wondering why you are getting lower success compared to others

Good answer to a question not asked. The persimmons were some wild seedlings 2-4’ high. I don’t know the age.

Just a follow up question: When you did the graft was the budwood you used was still dormant or it had already had growth on it ? Thanks

I’m not sure if this question is directed to me. My apple and persimmon was grafted with dormant scions stored in my refrigerator.

I’ve tried many types of grafts over the last six years. When I walk the orchard and examine my old grafts the most robust grafts are cleft grafts. I have both types of grafting tools and they both work fine. But cleft grafts seem to grow larger and stronger for me.

Side grafts have also worked great. I posted a thread many years ago here describing the side graft. If you saw the two side grafts in my orchard you would probably not realize they were grafts. They’ve grown big and strong and look like a typically scaffold branch.

Brian welcome to the forum. Now that I have broke ice with bark grafts I plan to use it more going forward.

Thank you for this info.

i dont think anyone has mentioned z-grafts in this thread yet. it’s one of my favorite techniques since it ends up with a lot of cambium touching between scion and host and they seem to create a really strong connection. probably 50% of my grafts this year were z-graft. here’s an example pear from this year: 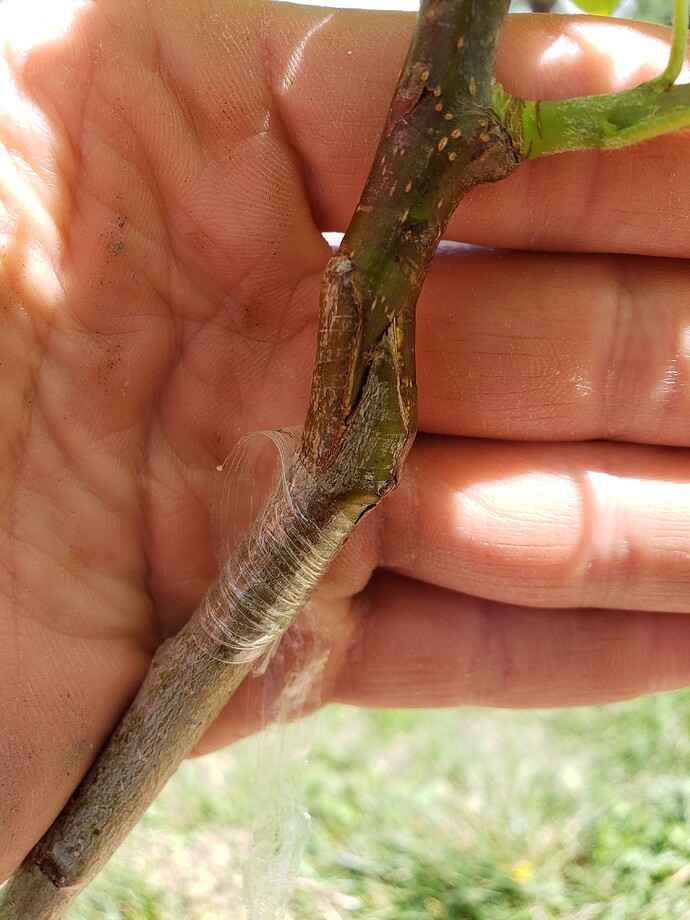 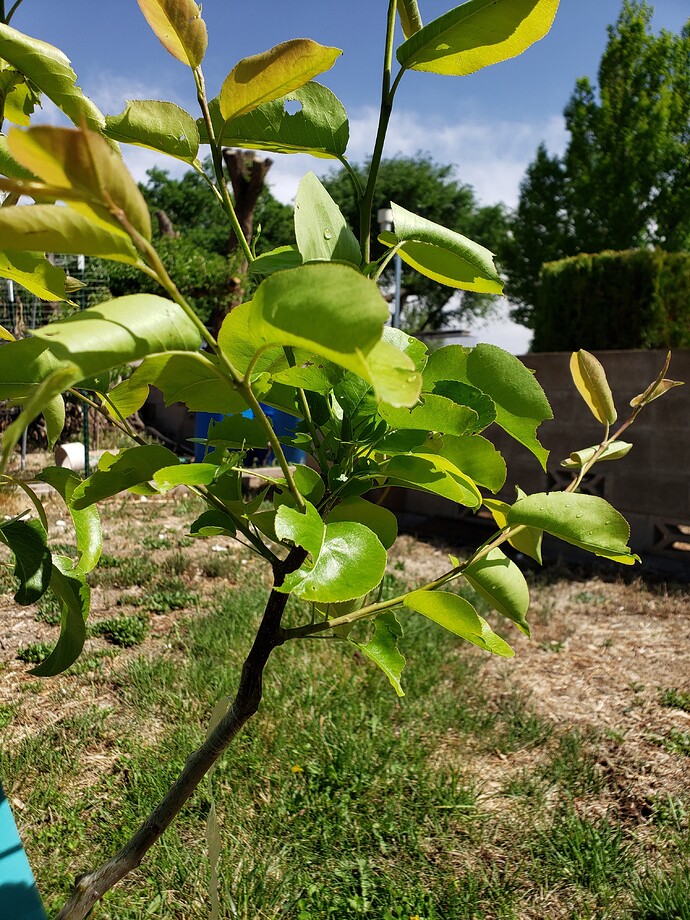