Just finished up harvesting the last of my Double Delights. Can’t say I was very impressed. They were OK but nothing more. Not too sweet not too acid either just kinda bland. Not terrible just nothing special. Several of these fell off the tree early I strongly suspect because of thrip damage. They didn’t crack but the damage left sunken spots on the fruit were it sort of looked like someone had rubbed it with there finger till the skin bruised. I loved the flowers they were spectacular. I’ll probably give it another chance and I would consider keeping it as an ornamental maybe.

Mine are still about a month away. I agree with you, the fruit is nothing spectacular, but the spring bloom makes it worth keeping around.

I’m harvesting mine now for the tree’s first crop and I must say
they’re pretty good. They really sweeten up the longer you let them hang on the tree. I’m glad I didn’t shovel prune mine, as I had considered some months ago.

I’ve been working on eating mine for the past few days, they’re pretty good dried as well. My dehydrator has been working overtime latey! These pics were taken just a few minutes ago, there are also red haven peaches mixed in. 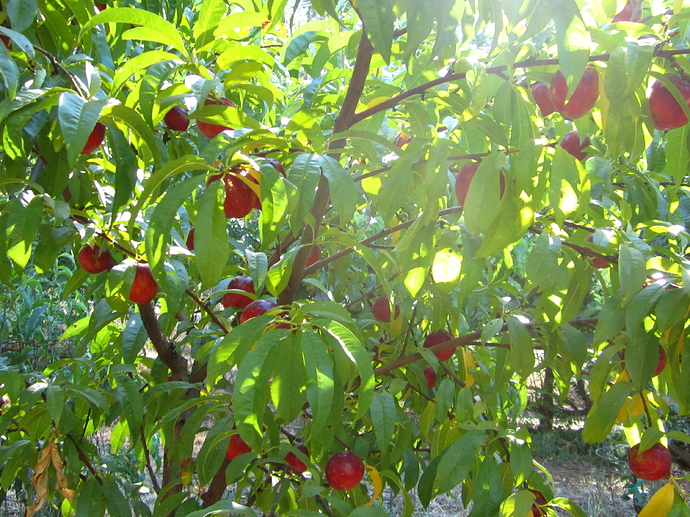 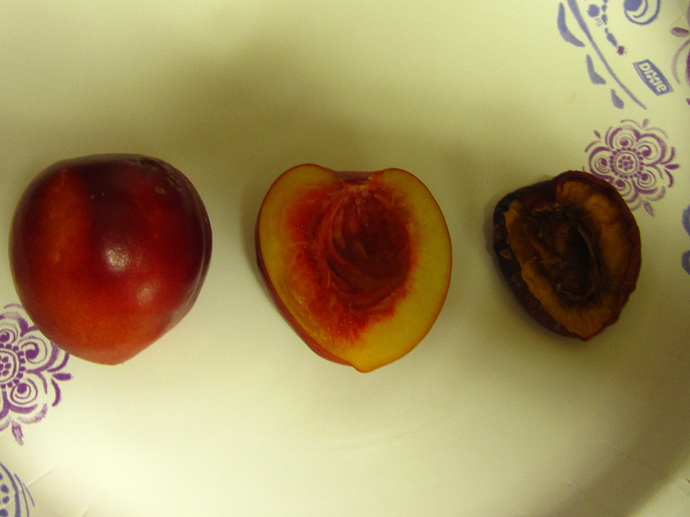 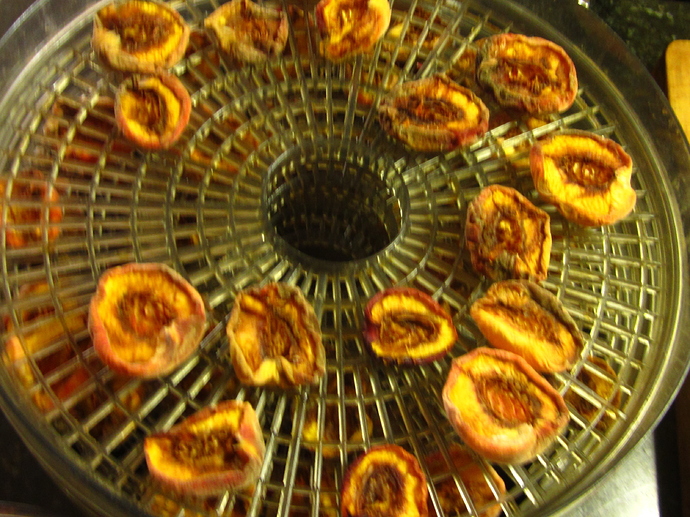 Yes I’m gonna give mine another shot for next year. I think the thrip damage really did a number on these fruit also this tree had alot of what I think is fungal shot hole. Those two things really messed up the fruit on mine and several started dropping before the had a chance to ripen fully. I’ll try and figure out the fungus and thrips and address them for next season and see if that’s helps.