I picked up this grafted Tanima no yuki Japanese white pine yesterday. The nursery didn’t specify any special care for this variety, but several sources on the 'net say that it is “difficult to establish.” I’m new to dwarf conifers, so I’m not sure what that means. Is it just along the lines of I’ll have to keep it watered for longer than most plants? Or is it something more involved? 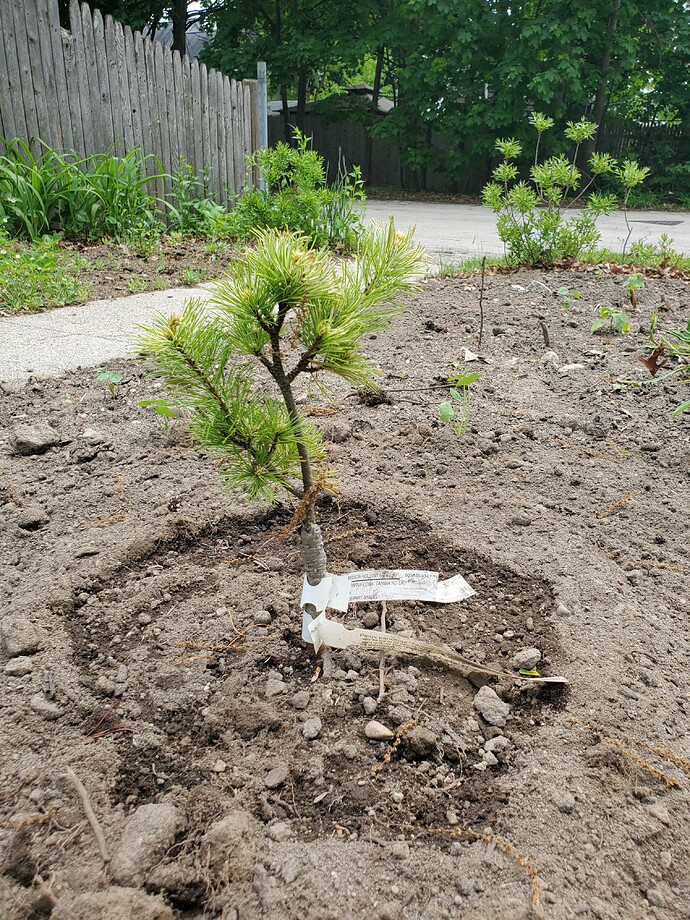 I’ve never had much problem with Japanese White Pine. Only reason I can see it being ‘difficult’ is the dwarfing being slow to establish, like you said. Maybe @Barkslip can enlighten us, he’s a conifer whiz. 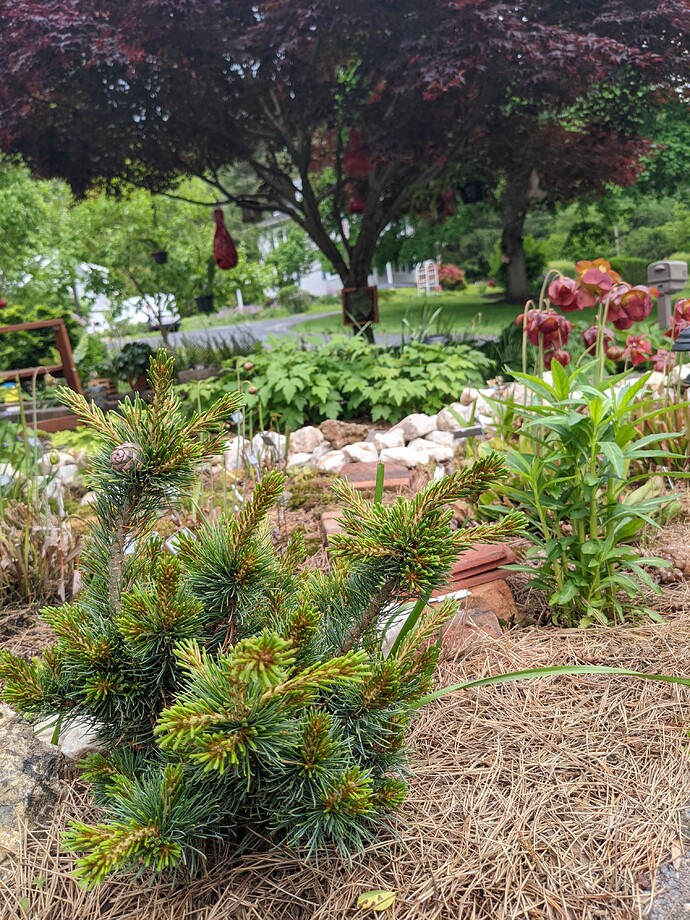 I keep wondering if those are a hellebore and not pitcher plant? I’ve seen some pretty awesome foliage hellebores but I don’t seem to recognize much your foliage for a hellebore flower?

Anyhow, just water for a couple-years, Jay. Same as any tree,shrub /hardwood.

Dax
P.s. all conifers require that built-up-needles be periodically (every year or two) removed or the plants can suffocate. At the bases of arborvitae hedges people don’t often know there’s a pile of old foliage sometimes two feet deep. That’s when their whole hedges die. Dwarf/miniature conifers require more maintenance than larger-growing conifers.

hellebore and not pitcher plant

The reddish flowers are Sarracenia purpurea, there’s a lobelia there in the foreground hiding the foliage. Behind is some anemones, and (not visible) further back I have some nice white hellebores.

Yeah, I don’t see any hellebores in the photo…but I like the plant (except for the little part that it is NOT edible). lol

Look closely, the back left is some persimmon trees.

I still don’t see any hellebores there…but if you say there is I’ll believe you.

Ok, I think I can handle keeping it watered! And that’s a good tip on the old needles. I’ll have to keep an eye on it.

@ampersand that’s a nice looking tree! And I really like the larger garden context you have it in.

Ok, next question going down the dwarf conifer rabbit hole. I’ve seen some references to working towards removing the rootstock. My feeble mind is having trouble processing what that even means. Is this the same as deep-planting an apple in hopes of getting the top on its own roots? Or something else entirely?