So I’m aware of dwarf everbearing mulberries having plenty of controversy around them. But out of curiosity does anyone here grow them? What are your thoughts on taste? Also how long do they actually “everbear” for each year? I was just speaking with a nursery and they said their everbearing mulberry really only sets fruit in June-August but will stop after that. Any feedback is appreciated.

I have a few. Taste like grass to me. Fruit for about a month or more. My least favorite out of the collection.

I got 4 Girardi dwaft mulberries inground and they produced very sweet, tasty berries every summer. Not sure about the everbearing dwaft mulberry.

I have what’s sold as “Dwarf ever bearing mulberry“
Also a “ ISSAI “ mulberry.
Neither of which I am going to keep for the fruit ,they’re small and not very good.
But !
Both root very easy from cuttings , almost 100%
Thinking of using them as rootstock for other better varieties.
May try the nurse root method ?

I have a Illinois Everbearing… that is budding out now, expect to get first fruit this year.

I started a Girardi last spring, early April it was coming out nicely and as it was budding and leafing, it was also setting fruit… By April 15, it had lots of new green growth and several early mulberry fruit on already.

Then Boom… we had a hard late frost… and all that new growth died. In fact every bud above the graft died. I left it in the ground for 3 months… an nothing ever came back except below the graft stuff, which I knew was not what I wanted.

I had no luck finding another to plant this spring… but will hopefully get another of those in the ground next spring. I found the Girardy from youtube vid below… 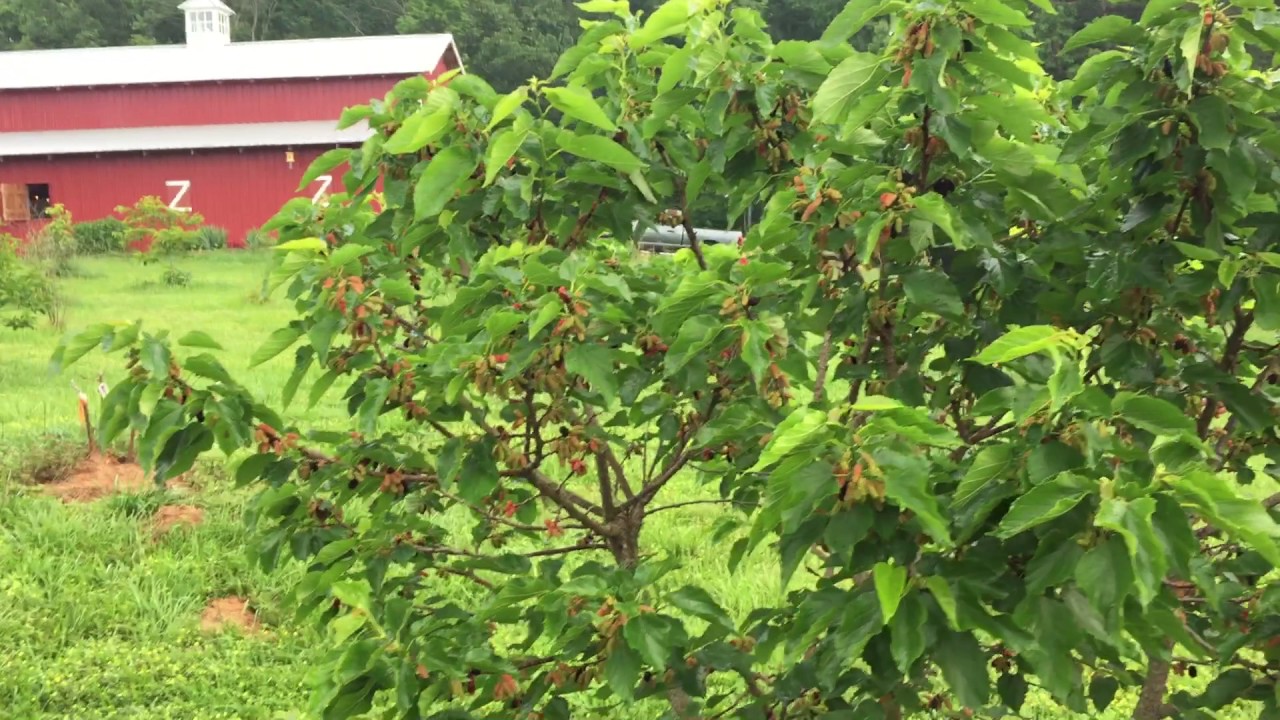 strudeldog11 is in North GA… I am in Southern TN… and he really liked this mulberry. Described it as Tart and Sweet (his preference).

In N GA… per his two video’s it ripens fruit from Late April, to end of June or so.

I figure for me here in S TN… perhaps Mid May thru Mid July.
I have seem folks on youtube showing that once (some dwarf mulberries start to slow down on fruiting) you can prune them back pretty hard, and new growth will come and they will fruit again. Not sure if that is true of Girardi, but it is on some varieties.

This one remains small, and bears a lot of fruit per Stru.

In the near future I plan to add a Girardi, and a Silk Hope to my mulberry collection. Silk Hope is not dwarf, but is reported to do well in south east (my location) and everyone I can find eating them on youtube just really brags on the fruit quality, taste, etc…

I also have a CHE… not a true mulberry, but similar. It is very small, not sure when it might start bearing.

Good Luck with your Mulberries.

Here is a pic of my new start Girardi from last spring… got it from Burnt Ridge. 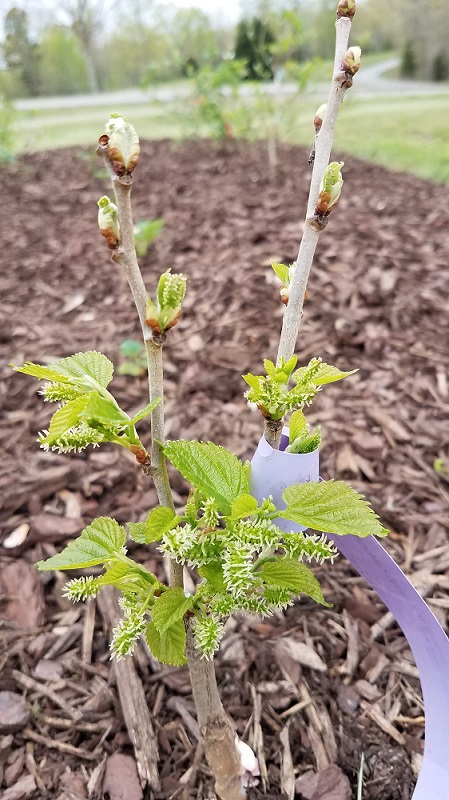 I was impressed… that is until our unusually brutal 4/15 frost took it out. So sad.

Agree with that statement. Last year I grafted a M. nigra on a dwarf everbearing and it took. We’ll see how it does in the long run

Actually the fruit is good but it is microscopic. The trick is to pick 7-8 fruits and eat them as one

I have one that is two years old. I second what the others are saying.
The fruit are tiny.
Roots very easily.
I have added other varieties since I planted that one. I plan to use the everbearing and its cuttings for grafting once I decide which varieties I like best.

One thing I will add. This variety, like many other mulberries, wakes up very early and can be hurt by late freezes. I lost 100% of buds to a late freeze this year, but it just put out more leaves a week later.