ARG! I’ve got a ton of annoying weeds growing in between flagstones path.
How do people deal with this?
Should I dig up the stones and put and landscape fabric underneath? And then put small pieces of bark in between?
Or should I pull the weeds and plant a low growing ground cover plant? Is there one that is drought tolerant and will smother weeds? I’m so sick of weeds…I just want it to look neat.

Most likely pulling is just going to result in a fresh crop of weeds. Landscape fabric under the stones isn’t going to do much unless you are dealing with an aggressive perennial, weed seeds will still germinate in the sand/bark between stones and have no problem sending roots down through the fabric.

To get rid of them, and minimize the amount of disturbance and new seeds that germinate, you could use boiling water. It will probably take a lot. Some people also use salt solutions in walkways, some plants are tolerant to salt though, so it may not work and could prevent you from planting a ground cover like creeping thyme. If you have been salting the walkway then you might already have tolerant plants and unfavorable conditions for a ground cover. Edit: z10, guess not!

Or there is glyphosate, and flame weeders.

I sometimes use a pot of boiling water. Works best when it is warm out.

I don’t have any suggestions for killing or removing the weeds (boiling water sounds like a good one that I’ll have to try if needed!), but in terms of things to plant in the cracks intentionally, there were a bunch of good suggestions when I asked about that for my patio, including creeping thyme (what I’m going with mostly) and other stuff:

Suggestions for planting in cracks between patio stones? General Gardening

I am in the final stages of the stonework for a flagstone patio (the wall around the fountain in the center is basically all that’s left), so it’s time to focus on the planting side of things. [Screenshot_20201229-140823] I’ve begun transplanting some small patches of grass and moss from other high-traffic areas of the yard into some of the thinner cracks, and I have some creeping thyme seeds for spring planting in wider cracks, but just curious if anyone has suggestions for other (useful?) p… 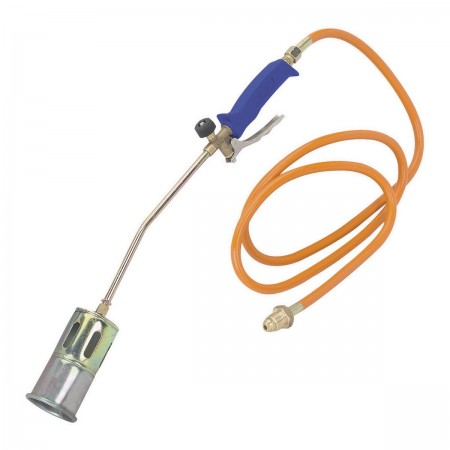 a light spray of herbicide then creeping thyme has worked for me. smells great when you do step on it occasionally. once established make sure to give it a little slow releasing fertilizer once a year to keep it lush and not allow weeds to get back in there. mine has spread into my lawn and is displacing the creeping charlie. win win!