I don’t have as much experience as some people here with espalier, but I’ve been growing up 7 espalier apples on my back fence for 6 years now. Also, a lot of this stuff is not able to be completely right or wrong and people follow different philosophies about shaping and pruning principles for espalier.

My feeling on your picture is that I would cut the big branch cluster on the left as you have drawn in purple. Yes, the general idea is to cut with three buds left over on the stub, but I think if the side stub is more than 1/2 the diameter of the main branch, it could stand to be removed entirely. This is from my interpretation of a guideline @alan has espoused elsewhere and I think it makes sense. Otherwise your whole structural layout will eventually be compromised. In your case that cluster is almost as big as the main branch and not going to get any smaller. Especially if you cut it in dormancy, there is some chance your main branch will pop some latent buds into shoots which could eventually turn into spurs or new stub branches. Though there is also some chance that won’t happen and you will end up with a bare spot. I guess I’m more willing than some to sacrifice a few potential apples for the next season in return for keeping the long term shape on track.

Thanks for the comments @HollyGates. I think you are right about that branch on the left - it is actually thicker than the main horizontal branch now and I do worry about comprising the tiered layout. 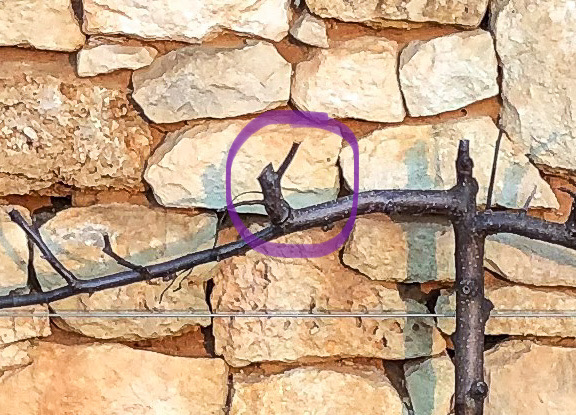 It makes me realise how correct the advice that winter pruning encourages growth is! I’m definitely going to pinch back more this summer. Is that what you have done on your trees?

Our house was built in 1723, hence the glorious stone walls - the espaliered trees are against one of the outbuildings which provide a lovely backdrop for my traditional French vegetable garden.