6 months of growth. It’s just amazing how much these tiny, bare root blackberries have grown. They were only a couple of inches tall after the roots went in! I just tossed up some t posts and wire to get them supported(4 foot t bar leaning on the wire for scale). Used 6 foot bars on each side with 17 gauge wire. Seems sturdy enough. I noticed a few berries forming as I was moving things around. Should I expect much more from this first year? Should I prune them a bit or leave them alone and let them grow along the line? I found an, at least, 8 foot long cane I missed in the back along with a couple other long ones. Y’all ignore that scrawny Montmorency cherry tree. It’s temporarily there while the summer heat still lingers. I have a feeling it will be shaded out if I don’t relocate before next spring. 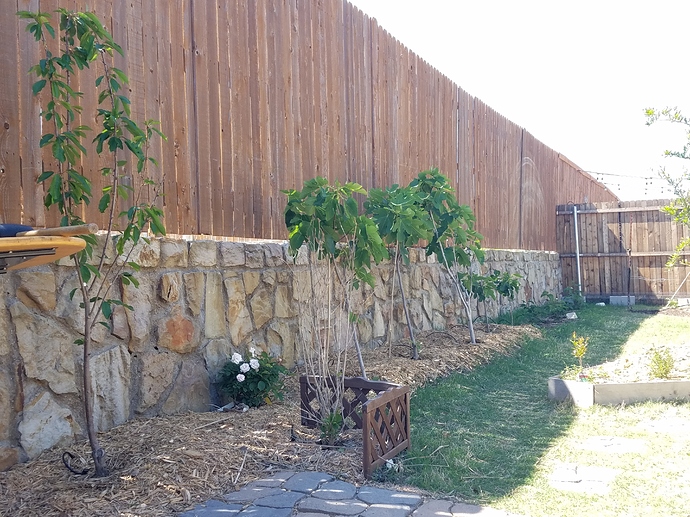 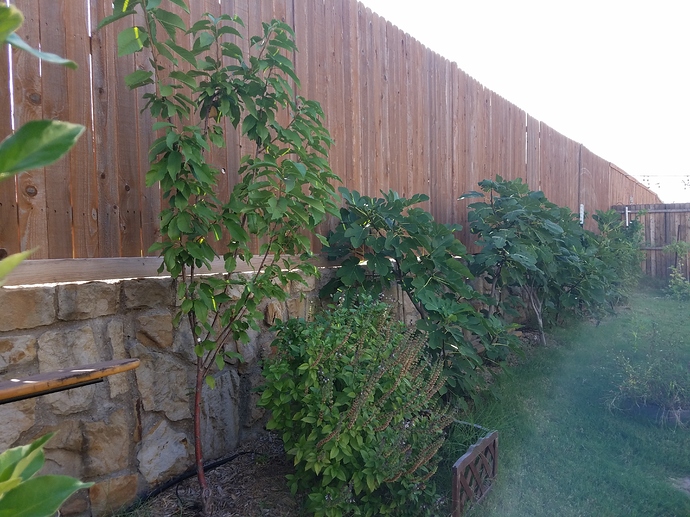 Took a pic of my UArk blackberry row. It is amazing how much growth they’ve put on since they were planted about 6 months ago. They’ve dwarfed my raspberry plants that were put in the ground before them.

From left, (or front to back): Freedom, Traveler, Osage and Ouachita. I gotta get them trellised up, they’re upright varieties, but the canes are so long they’re acting like trailing canes. 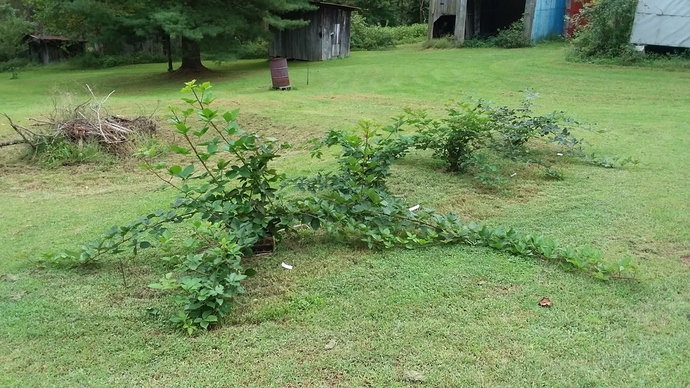 There’s no berries on the Freedom plant as big as it is, probably because I haven’t pruned it at all. But, the Traveler has produced a few berries. It’s tempting to pluck that ripe looking one, but it prob needs a bit more time. 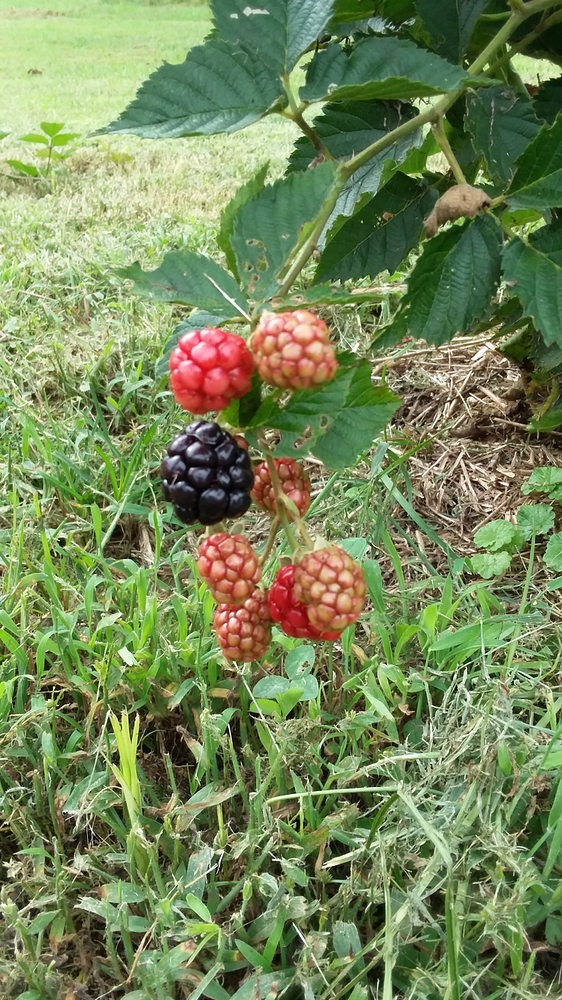 Looks like you have plenty of room for those suckers to spread out. I’d be rooting a few of those tips for some free plants.

Yeah, they’ve really taken off, especially in just the last month or so. They haven’t really suckered too much, they’re mostly sprouting from the root crown still. I haven’t seen any suckers a foot or more further out from the crown. But, I’m sure they will eventually.

Have you got any berries yet?