There is something about the mother tree that gives some dominance and seeds from the white-fleshed mother trees apples are less likely to produce red leaved and red fleshed apples.

The only reason there would be a lower rate of red fleshed seedlings if the red flesh tree was used as the pollen parent instead of the seed parent would be because some of those seedlings resulted from pollination from other trees and were not actually from the red flesh parent. When it’s the seed parent it’s easy to ensure it is the actual parent. When it’s the pollen parent it’s harder to know if it’s really the parent or if there was cross contamination with pollen from other trees. 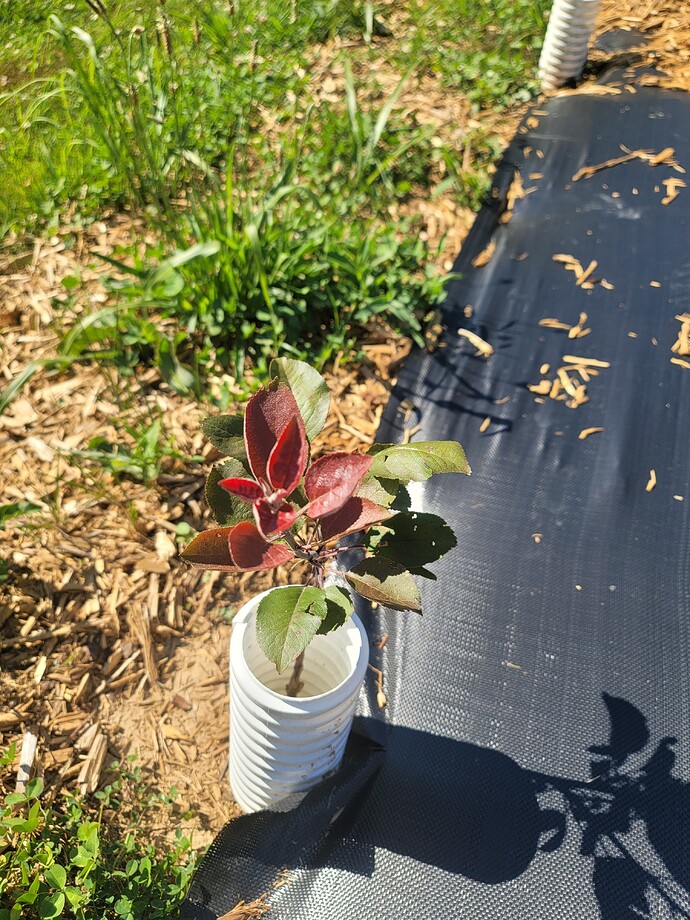 Depends on what you plan to do with the apples. Redfield is not really an apple that most people would want to eat fresh. It does however make a fabulous rose hard cider!

Thanks. I will see what I can do with it… But it’s an interesting variety

Thought I’d follow up on the red fleshed ones you sent 4 or so years ago. Geneva Crab I finally got to sample,but that first little apple probably isn’t representative…it had but little red flesh. Giant Russian did produce a flower cluster, but no fruit so far. The others have not bloomed. (Some on various roots, from B-9 to Antonovka.)

I’ve got one fruit that something hasn’t eaten on Odysso…and it is bagged and looking good. Redfield nor Niedzwetzkyana did not set fruit this year…but last year my Niedzwetzkyana were adequately juicy…and I ate them and showed them off. Not enough to do some jelly.

Anyhooo…the jury is out, but the red fleshed apples have (mostly) all been healthy so far as blight and scab and CAR are concerned. 6B

i had 1 odysso also on my little 4ft tree and the damned crows got it!