I have a reasonable sized pear orchard, about an acre and half, of mostly Bartlett pears with some Comice as well. I’m now in a multi year process of grafting over a lot of the Bartlett as it is not very popular and their season is short and hectic around the farm. I’ve done about 50 trees over to some Asian pears (Shinsui, Hosui, Yoinashi and Olympic), which are all growing like crazy and I should have a decent crop off those next year. I know I will be doing some Bosc and probably more Asian and Euro varieties as well.

What’s everyone’s favorite varieties? Flavor is the top concern since yield isn’t much of an issue. I would prefer them to be at least a couple weeks after Bartlett because we have peaches and Gravenstein apples that take most of our labor before that.

@coolmantoole is the expert on southern pears.

Oh yeah forgot to mention I’m in Oregon, 8b is a bit of a mirage.

These are the pears that tasted really good to me. I don’t know how well they will grow for you. They were grown in zone 5b/6a, I believe.

Pictures of some European pears for you Pictures!

I’m grafting over 6 mislabeled Ayers pears myself. I’m grafting on Harrow Sweet, Harrow Delight, Honey Sweet, and FdML. Like you I have a lot of pear trees and the primary focus for me was not needing the fridge to ripen. Otherwise it would be an orchard of Comice variations with others mixed in just to have them.

I have to grow very fireblight resistant varieties. Ayers is excellent tasting, I thought. I was surprised how good it is. (I do get tons of sun and heat in NC while it ripens.)

I like Warren and Magness. They are Comice children but also disease resistant.

Just curious how you did on pollination since you mention you had bartlett and Comice?

I suggested Comice to a friend once and he planted one. He already had bartlett. Each year the comice is covered with flowers but his bartlett blooms almost two weeks earlier.
The result is most years he got few Comice fruits. If we had a cold and late spring then both seemed to bloom closer to the same time and then he got lots of Comice.

After struggling with this pollination issue he finally is adding a 3rd variety which hopefully will solve the problem.

Did you have any issues with your comice not getting pollinated well?

No problems for us, Comice is about a week behind Bartlett here and we always have a quite a few sunny days this time of year. The Comice trees are much larger than the Bartlett, so we’re pretty happy that they don’t over set. This orchard is very old, about 75 years, and very productive, so that probably alleviates any yield issues.

From my experience and what I have seen other members discussed here, the further north you are, the closer the bloom time of various pear varieties is.

I have about 10 + Euro pear varieties. Almost all have overlapping bloom time. Further south is another story.

Yes in Kansas we are a shade warmer than you most of the time and the pear bloom times can be weeks apart. What you say is true and we know that in Kansas because on a cold year our pear blooms are closer together and last year was that year. Very good observation. In addition we slow down bloom times of southern pear trees grown here. This is a branch of Charles Harris it’s been swelling buds for a month but not blooming 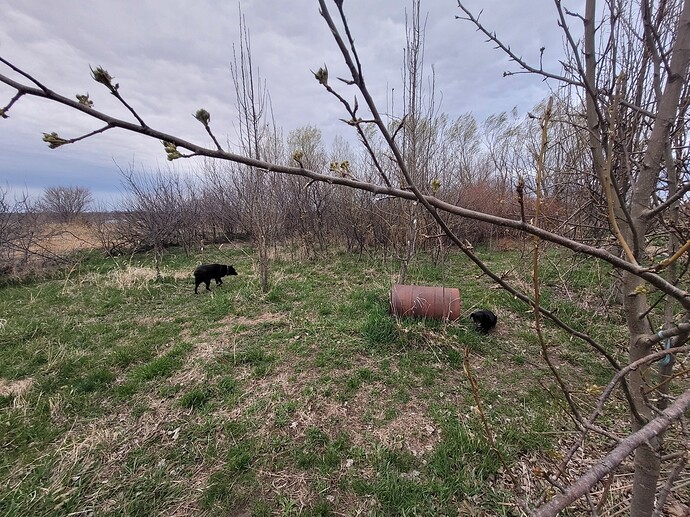 Magness, Seckel and Comice are my favorite pears. I won’t eat Bartlett even if they give me money…

Agreed on the Bartlett, especially since we have some peach and a lot of apple overlap with the Bartlett. Seems like Magness will definitely get a graft or two, as well as some others mentioned.

Agreed on the Bartlett pear. After eating other pears it just tastes bland. I got a pear named cascade which is supposed to be a Red Bartlett X Comice mix. I am hoping it tastes like Comice with the storage of a Bartlett.

Bartlett is popular for a reason…if harvested at the right time and stored to perfection.
Starking Delicious and Bosc rate higher to me.
And, as I graft and produce some unusual pears, there may
come a time some other pear is my favorite.

Bartlett in some climates will change your mind I’ve had them where they were pretty good. I’m not suggesting they are bosc or Warren or seckle or comice. No I could name 100 as good or better than bartlett. Few pears can beat my small yellow pear or Harrow sweet or potomac etc…Bartlett and anjou are kind of a standard and I do enjoy them. As seckle and others appear in the store Bartlett becomes a red delicious. The horrible truth is people shop by appearance and so apple country is not called that because anyone cares about taste or nutrients its about appearance.

I have to grow very fireblight resistant varieties. Ayers is excellent tasting, I thought.

Agree. Had our first crop last year, and I absolutely loved those Ayers pears. Sweet, juicy—could eat them daily.

I’m a big fan of Asian pears, too. Large Korean is always tasty. I’m fond of Chojuro as well. These have shown good fire blight resistance here so far. Hosui is good, but was killed by the blight.

@BlueBerry Have you tried growing Bosc around here? My Mom put one out years ago, but it was eaten by fire blight pretty quickly. This, however, is very interesting: 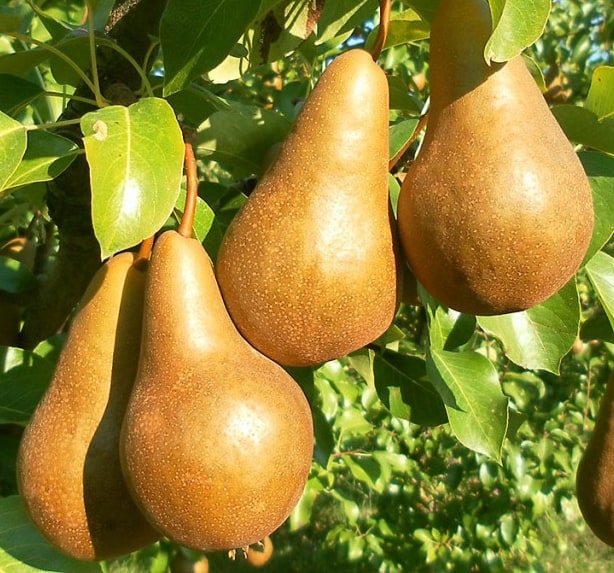 I’ve got scion wood on order, excited to see how it does.