I have two 3 year old Feijoa seedlings that were in a pot but last spring I decided to experiment a bit and put them in the ground in my zone 7A. Last two winters were ok with the minimum temperatures of 20F in 2014 and 10F in 2015 (just for a day or two). This year we get a lot of snow and temperatures are regularly in the twenties during day and even single digits in the night (the lowest temperature so far was 3.9F) so I wrapped them a bit but thought I will lose them anyway. To my surprise they are still alive (I cut tips off and they are green) and even keeping foliage. I am sure foliage will be gone by the end of February but so far I haven’t lost a single leaf.
According to online sources my feijoas should be dead by now but seems like that’s not my case.
Anyone has similar experience? Could you please share the lowest temperatures your feijoa survived or even more importantly didn’t survive? I read reports about feijoas dying when temp. hits 10F but it seems like the plants are tougher than that. I have to add my feijoas are between two houses so somewhat sheltered but just about 50 yards from the river so not ideal conditions. 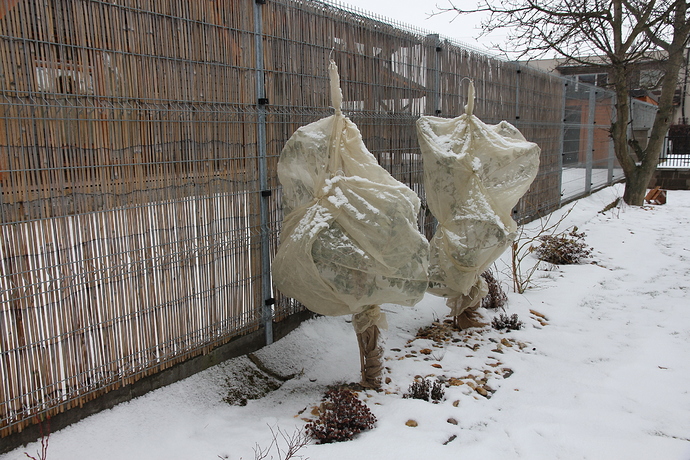 The species itself is reportedly hardy to 5F. A few cultivars are said to be less hardy. I’ve observed them in mountain areas of southern California surviving the teens with no problem.

Mine have seen 10 degrees with no protection without any problems.

If your main interest is fruit, survival may happen but fruit production for the year will be affected, the magic temperature for this is +15F. The plants may produce every 5 years or so in that zone. My plant is right next to the house in zone 8b.

Yeah I wish I was in 8B! I wouldn’t mind to get fruit just once per 5 years as long as the plants survive and prosper outside the winter, at least I would have something to look forward

Larry, have you experienced any diebacks/defoliation at all?
I found a NZ study on cold hardiness from 1984 (starts on page 315)

I decided to plant my feijoas outside after I talked to one Italian who is in a zone 7B and said his plants survived 5F for several consecutive days with a lot of snow. They lost all leaves but recovered and even fruited the next summer which shouldn’t happen. I also read about feijoas in France surviving 1.5F without any protection. This gave me some hope it can make it through my winters. Every 10 years or so we get -5 degrees so I am thinking of building some improvised polycarbonate shelter with heating tape. But we will see about that when that happens.

No significant dieback, but the low temperature for my plant over the past 24 years has been +11F. Winter defoliation has occurred below 20 degrees.

Ok thanks! This is my weather forecast for the next 10 days so not too good. I will update this thread in the spring to report if my plants survived 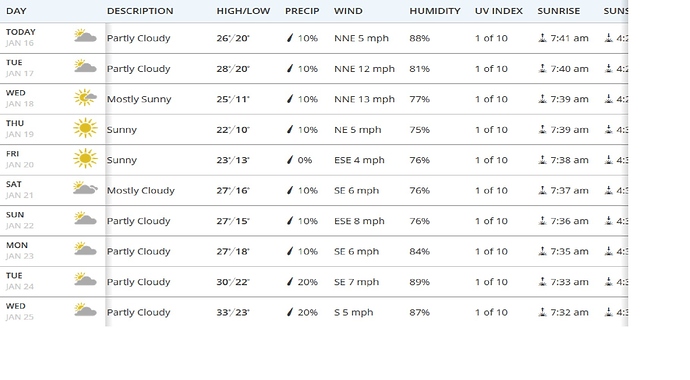 Don’t think you made it until April. I had feijoa in ground and it kept the leaves through most of the winter but would usually drop them in spring. One other issue with getting fruit has to do with the blossom/ripening schedule, it does not line up with eastern US temps. I don’t remember it exactly but the flower to ripe fruit period was far too long. I eventually dug them up.

I’ve grown these in pots. Desiccation was my greatest enemy, though my newest one is doing well.

Longest I have had was for 3 years and while I had flowers, I didn’t have fruit (yes, I had 2)

Desiccation was my greatest enemy

During the winter? I’ve never had that as a summer problem when daytime humidity is often less than 50%.

Longest I have had was for 3 years and while I had flowers, I didn’t have fruit

At what time(s) did you observe flowers?

I’m in Michigan, remember. Desiccation occurs for me in the winter. Forced air is not always the best friend of plants.

I would have to check my notes, it I think I saw blooms on one plant after 3 years. Granted I don’t know how old the plants were when I received that. I’m guessing, but if I recall correctly the p. Guava was about 3 1/2 feet tall when it bloomed. (Not including pot)

Those are long prolonged lows that are going to be really hard on your plants. If I ever have a really cold night it only last a few hours, we always get back to above freezing during the day. A cold spell for me will rarely last more than a night or two at a time.

Forced air is not always the best friend of plants.

Very true. Some folks that grow Mangos around here invest in a pond pump with micro-hose and misters, and clip them onto the branches. A timer kicks the misters off about three times a day to combat the lack of humidity.

I think I saw blooms on one plant after 3 years.

They were purchased plants (online vendor). I know they were not named varieties, so it is likely they were seedlings.

I think it was September when they bloomed. I know it was very late in The season because I knew there was no way they would develop fruit even if pollenated.

Bloom to ripe is 4-5 months here. If no bloom by July 4th, sizable fruit is unlikely.

They were purchased plants (online vendor). I know they were not named varieties, so it is likely they were seedlings.

So why not purchase named varieties propagated by air root?

I also don’t think my plants will make it till spring. We got a rough winter here in Europe. There is about 20 inches of snow in central Italy. The snow is even as far south as Sicily and Algeria (coastal areas which is crazy). You can see pictures with sandy beaches covered in white. Lowland and warmer area about 100miles from my place got -23F, temperature never seen before in there.
If you are on FB check “Severe Weather Europe” site, there are apt pictures of what we are going through right now.
It definitely wasn’t the best timing on my side to plant feijoas last spring. Starting today we are going through a second wave of hard freezes. Anyway whatever the outcome is I will report back in the spring. If they don’t survive (and I really hope they do) I will have some more room for romance cherries. If they do survive I will buy polycarbonate boards so I am better prepared for winters like this. I am also thinking about buying heat tape that I would turn on inside the shelter when temperatures get really low like now. Anyone has experience with those regarding plant winterizing in colder areas (persimmons, figs, feijoas etc.)? Are they any good?
And last question, has anyone tried eating feijoa flowers? I heard they taste even better than the actual fruit.

Cotton candy is the flavor most used to describe feijoa petals, and that is what mine taste like. The petals may have a more consistent flavor than the various fruits, so it would be better from that standpoint.

When I first started the experiment named varieties were either hard to find or more expensive (it’s not like I can go down to a nursery and find them locally). Since I didn’t know how the experiment would progress I went as inexpensive as I could and get plants (not seeds)

I’ve still got 1, but I’ve moved onto experimenting with myrtle species fruits. Chilean guava and one whose name I can remember and don’t care to hunt down at the moment.

Richard ever heard of so-Shang?

The western name is Oleaster. Here’s some a bit more about it: https://npgsweb.ars-grin.gov/gringlobal/taxonomydetail.aspx?id=14922