Fertilize for flavor and sweetness

For the purpose of getting sweeter fruits, is there any benefit to fertilizing this late date in the season. If so what?

I’m not an expert and I really have no clue but I wouldn’t think fert would effect fruit sweetness. It would increase vegetative growth and depending on your formulation could add minerals that could be deficient in your soil. I think sweetness is heavily related to light exposure and the amount of water they receive. I know Fruitnut often talks about water deficits increasing brix.

But I could be wrong.

My thought would be no don’t fertilize now for any reason. Hope for lots of sun and not too much rain.

Not sure about the northern latitudes, but the advice I follow for apples and pears is to fertilize in March, June and September. Do not fertilize in a drought though. Decease the amount in June.

Here’s to hoping for more sun and less rain.

The candles are lit.

Only one fruit I would fertilize right now and that’s my figs. They are still setting fruit.

my father and grandfather used to believe that watering with a few tsp. of molasses in the water during ripening, would help the fruit to be more sweet. seemed to work as they always had great tasting berries. i think its more the micronutrients and sugar that boosted the micobial activity that made them sweeter. i still do it today.

Adding nitrogen will waterlog your apples, diluting their flavor. Only fertiize to grow the tree, once it starts producing, starve it.

my father and grandfather used to believe

And many of them are worthwhile, I think.

my father and grandfather used to believe that watering with a few tsp. of molasses in the water during ripening,

Molasses (of many types) contains lignosulfates which are beneficial to deciduous fruit trees and many other plants. In fact, lignosulfates are commonly used as mineral chelates in organic (NOP) fertilizer supplements. However, molasses produced for human consumption has excess sugars that have no benefit to plants and also attract microbial, insect, and other animal pests. So I recommend you continue this practice, but ignore the molasses products targeted at marijuana growers and get yourself some agricultural lignosulfate.

my molasses is unsulfered blackstrap molasses. so far has worked for me.

my molasses is unsulfered blackstrap molasses. so far has worked for me.

Great! That product is 9/10ths unusable sugars and other carbs. You could actually pay less (per quart) for lignosulfate which has a longer shelf life – and extracted in the process of distilling whiskey, etc.

get yourself some agricultural lignosulfate.

Where would I go to get agricultural lignosulfate? What would I ask for? What should I expect to pay?

PS: Could I say I feed my plants whiskey if I use this? grin

Where would I go to get agricultural lignosulfate? What would I ask for? What should I expect to pay?

Grow More supplies them in their FERT ALL line, but other manufacturers (e.g. Millers, Scotts) were also offering them as of 2010. Going price in 2015 was $15-$25 per 2.5 gallons – depending on the particular micronutrient(s) supplied.

PS: Could I say I feed my plants whiskey if I use this? grin

Even though Jack Daniel’s and others would like consumers to think the distillation happens in a quaint wooden barn the reality is it happens in large-scale columns … and there are many by-products sold off to mid-level food and chemical companies. Further, the greatest supply of lignosulfonates comes from pulp mills in tropical asia – who are also the source of the organically beloved melaleuca oil. 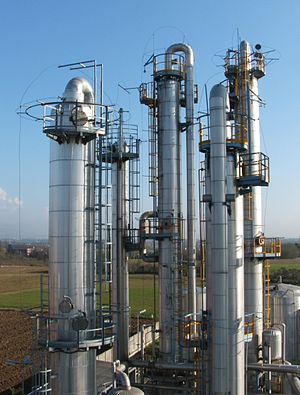 I’ve read also that the sugar is beneficial to microbes/ ben. bacteria in the soil also. which causes the plants to receive more useable nutrients. I’ve seen its benefits with my own eyes. so the sugar isn’t unusable. many professional gardners agree sugars added to soil in moderation enhance soil life. i water once a month 1 tbs per 2 gal. water. molasses has the benefits of other micronutrients as well. i will look into lignosulphates. never heard of it.

Adding nitrogen will waterlog your apples,

In his book Home Grown Nourishment, Beddoe presents an interesting idea. He says if the soil phosphates to nitrogen ratio is out of balance, then the brix will be unstable and easily affected by weather.

But often it is not just the amount of any one nutrient but its ratio with respect to other major nutrients that produces any given effect.

I’ve read also that the sugar is beneficial to microbes

Lignosulfonates are wood sugar – however, the majority of sugars (there are many kinds) and carbohydrates in molasses are not – and not responsible for the effects you see.