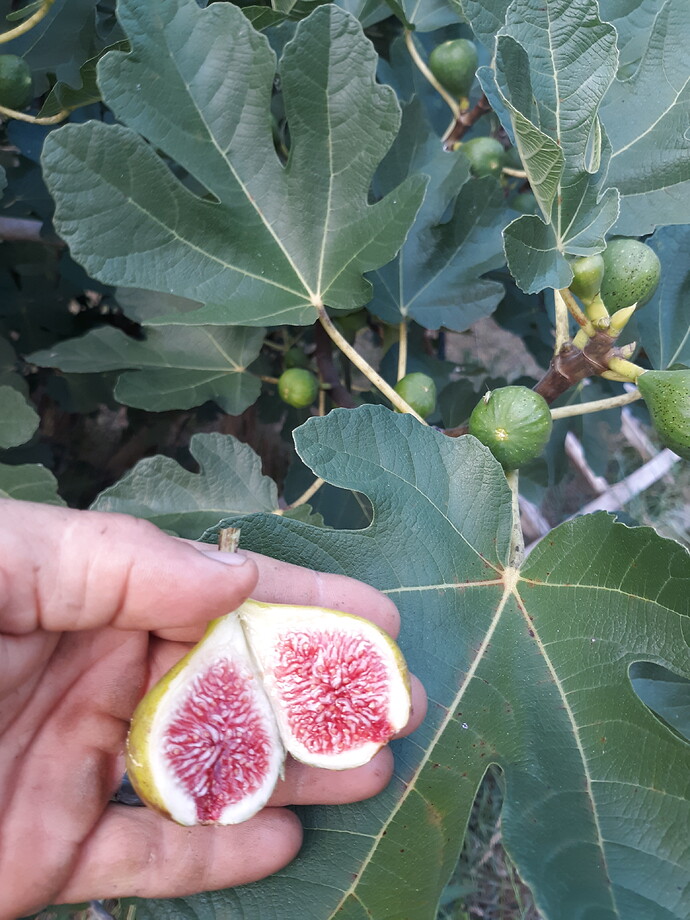 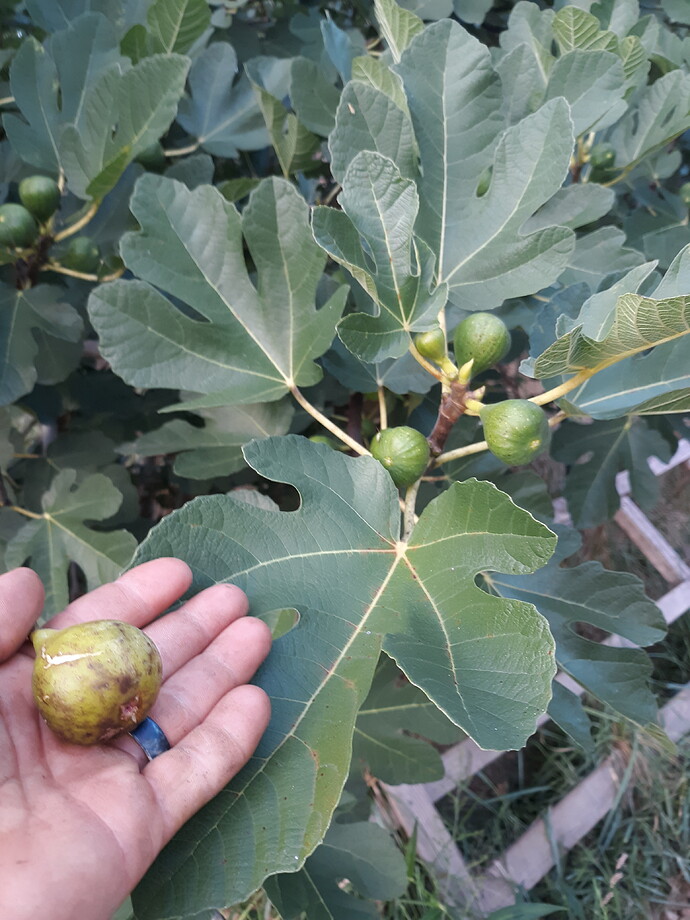 It is better if you state the source of the tree. To me, this is in the family of pale green/yellow outside and red/pink inside.

Here I can only point you to the direction. The first fig is the Lattarola (not Lattarula). Other trees are Genoa, Trojano, Ischia Yellow (Cyprus), Paradiso, even the old Col de Dame. This is not the regular Adriatic fig type.

Here is a photo someone posted years ago. He was not able to ID it. Yours looks similar: 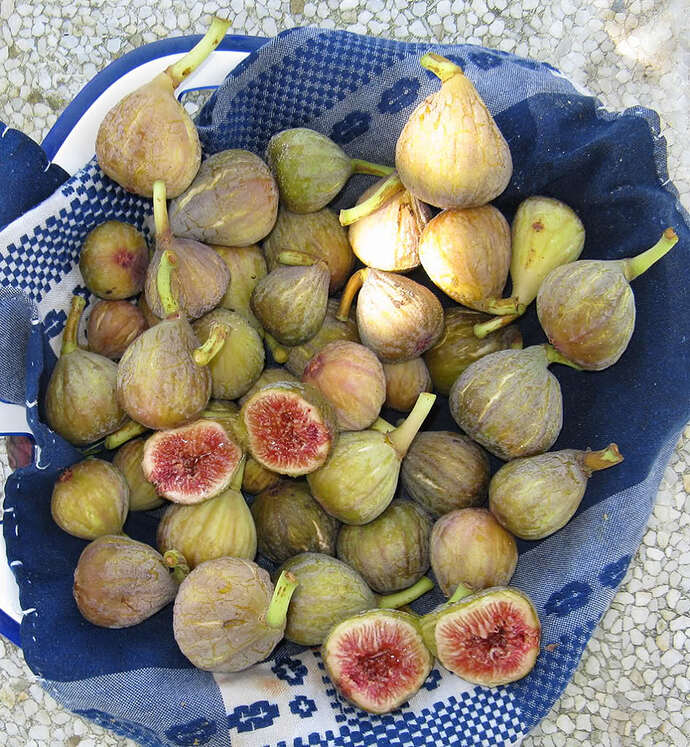 Looks like a Verte type, aka Strawberry. They can get a bronzish cast and have brown sugar spots like that. 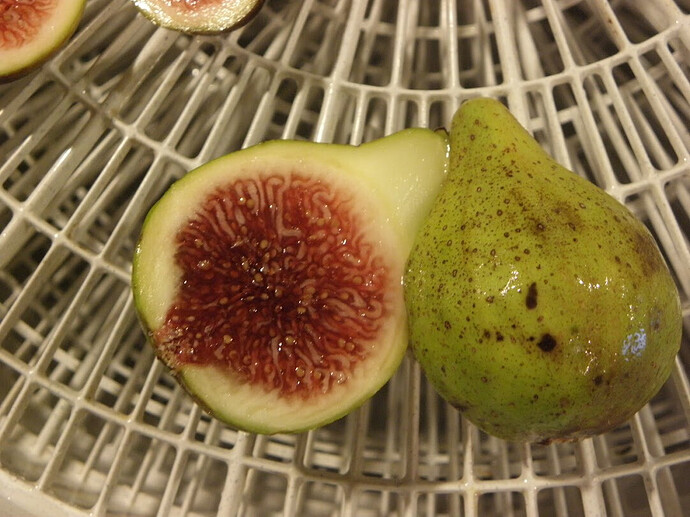 I generally consider the Adriatic/Strawberry group to be more on the green/pale green side. Most of them are on the late and very late side.

And the yellow/pale bronze on the other group. They vary in ripening days. I get the U. Lake Spur, U. Sorrento and a couple others. They are mostly pale yellow outside and red inside.

Conadria and Kadota are different group. They are probably too common and do not get strong flavors.

I’m looking up these varieties and more, like White Madeira, but it’s so hard to tell them apart. Is it even possible to know for sure without doing a genetic test or consulting a fig expert?

I’m looking up these varieties and more, like White Madeira, but it’s so hard to tell them apart. Is it even possible to know for sure without doing a genetic test or consulting a fig expert?

I believe for genetic testing, you’ll need the sample to test against, right? The other thing is that, there is no fig gene database that I’m aware of. So we are comparing without standard or yardstick.

Personally, I do not think White Madeira #1 is a “new” variety. Fig plant is not known to mutate to new varieties. Other than the few “new” seedlings found in wasp country, all other fig varieties are probably just some old varieties that had been forgotten. I can’t tell apart the Adriatic (JH), Green Ischia/Verte, Strawberry or Strawberry Verte, Battaglia Green and other “Adriatic” type figs. I’m sure there are some duplicates or synonyms. But I’m not the expert on that. I take the face value as given and try to learn those as we go.

In theory, White Madeira #1 should be called Adriatic Baltimore/Maryland (Verte) for several years until people are certain that this is a new variety and different from Verte or other Adriatic fig varieties. Same story for the Ben’s Golden Riverside/Robert’s Golden Rainbow/Yellow Long Neck/Long Yellow. Now most people agree they are probably the same fig variety…

I saw this giant fig posted on the Portland Oregon Craigslist (zone 8b). Do any of you recognize this fig? It’s not one of the popular local varieties that I am familiar with. 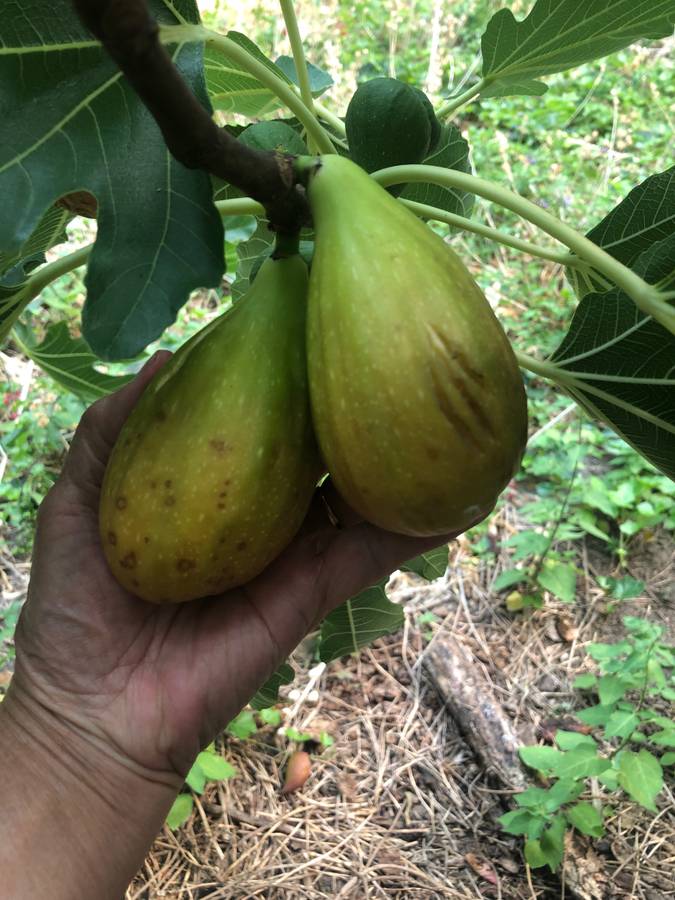 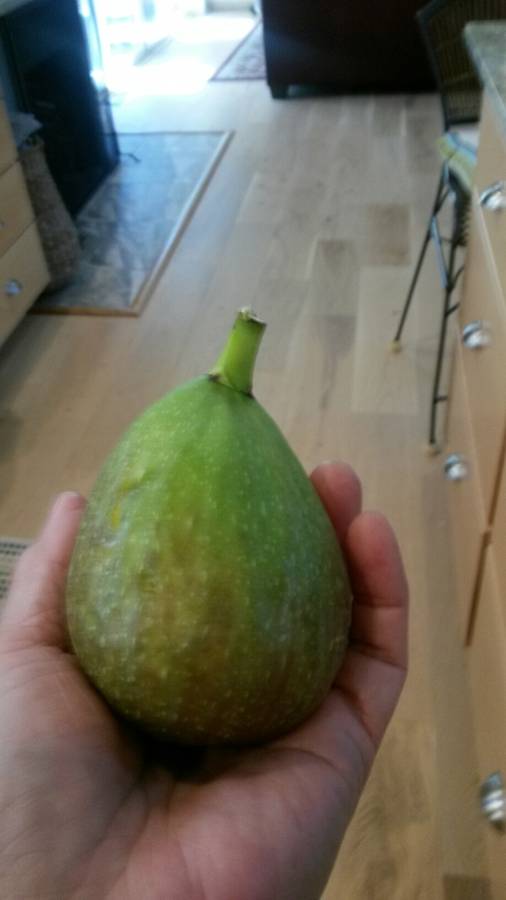 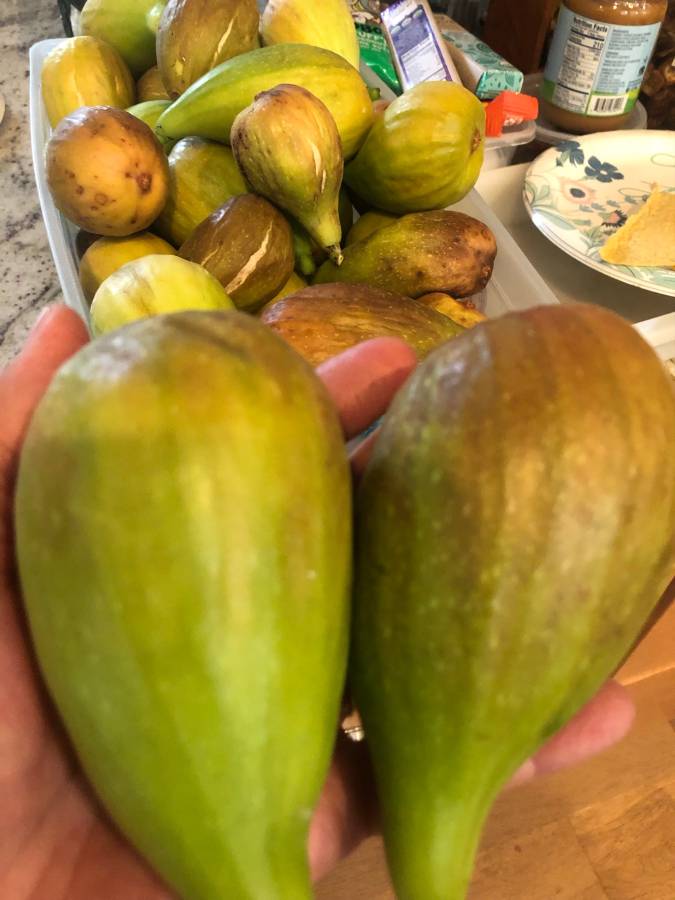 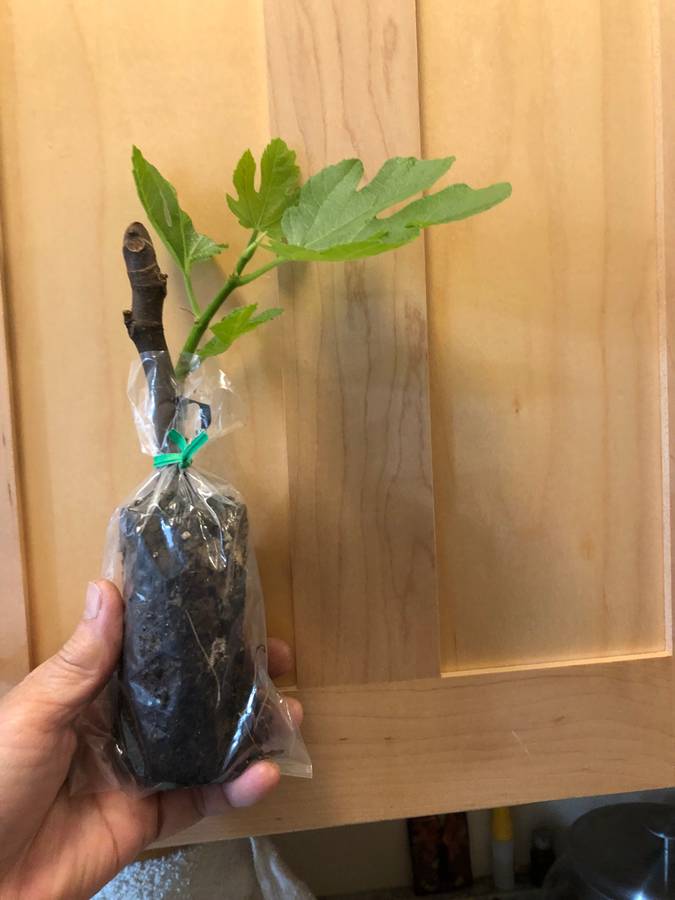 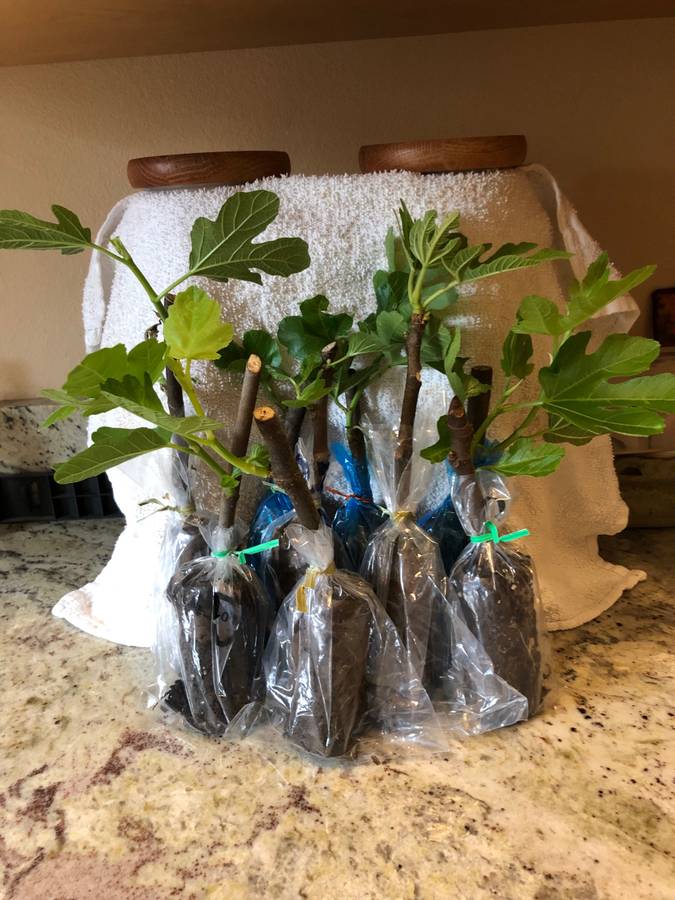 Do any of you recognize this fig?

Should be called “Cojones Grande”

(and no, I don’t recognize it, but I’d love to try it up here in Seattle!)

I found the listing, which has some more info that might help with getting an ID: 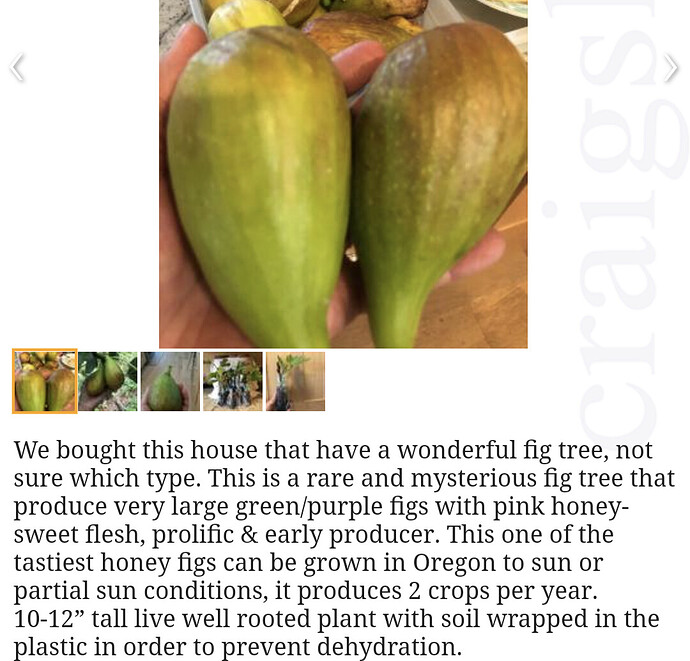 That is most likely the ‘Olympian’ fig cultvar, that is an area that it’s very popular and it sounds/looks just like ‘Olympian’

Thanks Alan! I read some more descriptions of ‘Olympian’ and it sounds like a larger fruited variety similar to Desert King.

Here is what I wrote up about it, it seems to me like that one the flesh color varies a lot more than the flesh color of the average fig cultivar, I wonder how old the tree of the seller is Olympian ('Honey/sugar, Tropical' flavor fig) / Bountiful post area / Bountiful Figs