Filling up the jungle

My jungle are filling up slowly. Don’t have a lot of acreage the fill the holes, just holes here and there. Little lots, little worries.
Eating a couple handfuls of Jabo’s a day, love them when they are getting a little overripe. As they disappear the new ones are already starting. Better than grapes. 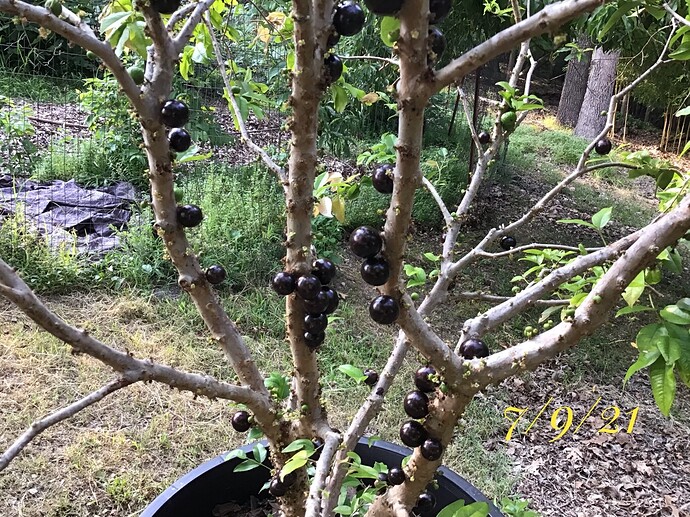 Next, Asian pears, not many trees but have plenty hanging. 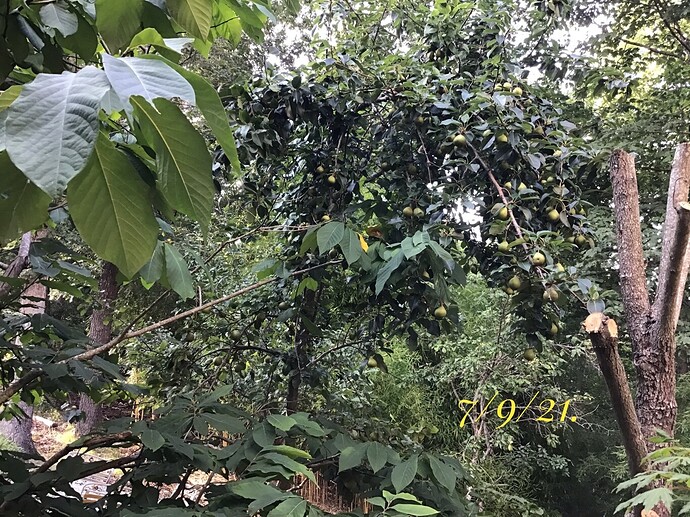 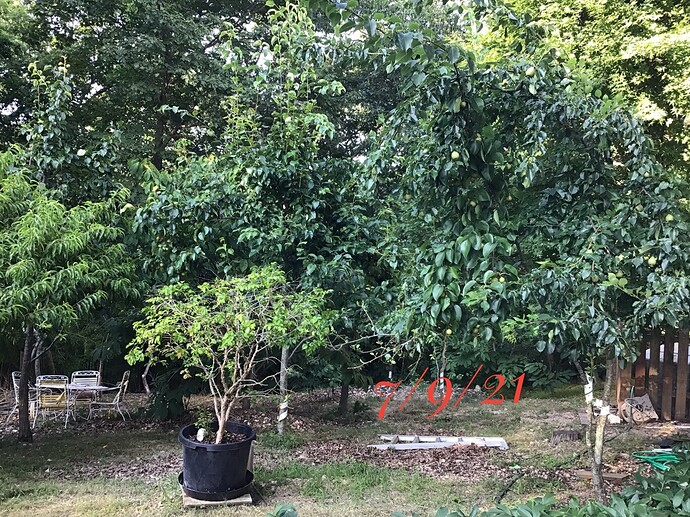 Peaches? Got them to, not many but enough. 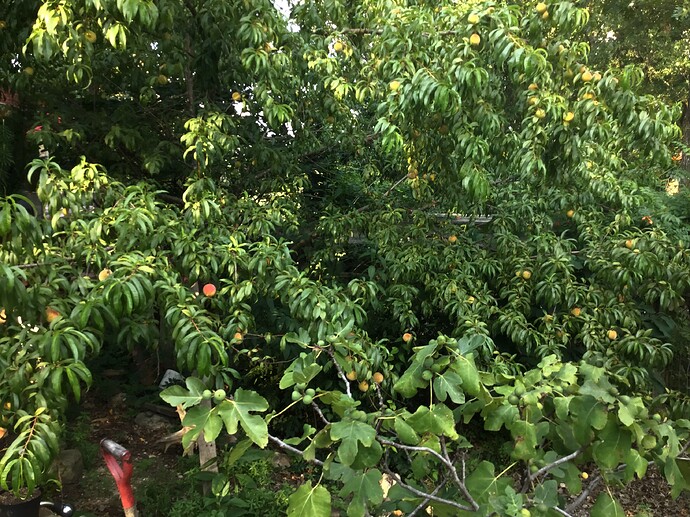 Figs? Next, plenty of them.

Another round of Jabo’s , just finished the first batch, might get two more after this one. 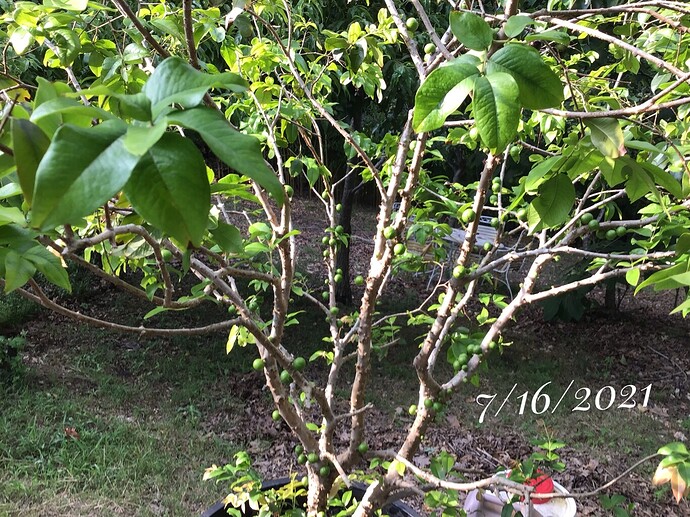 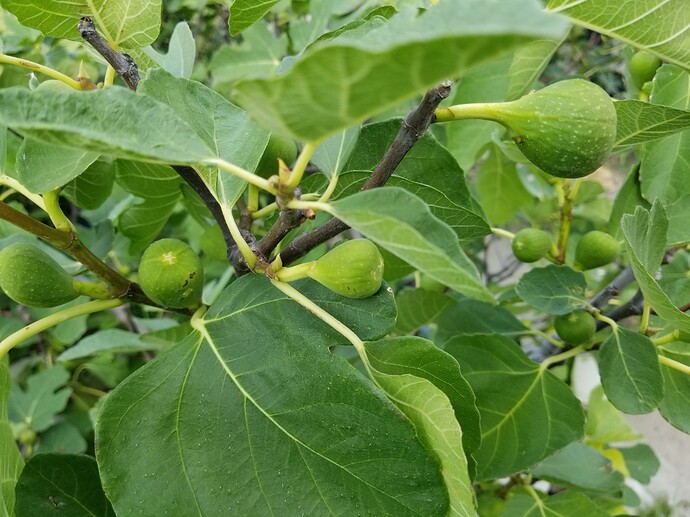 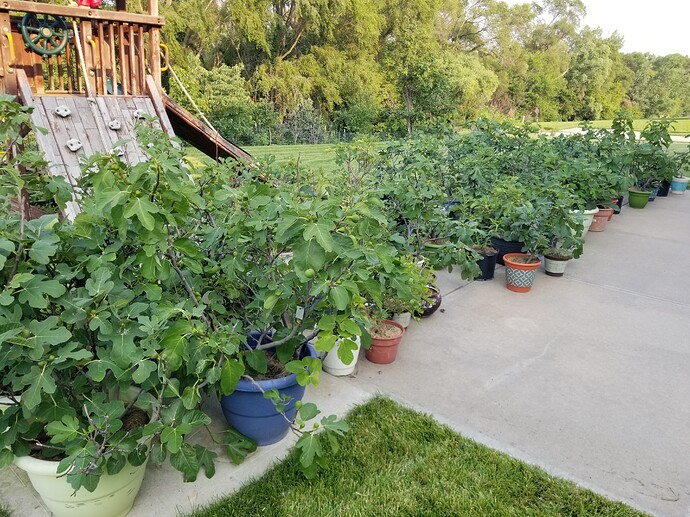 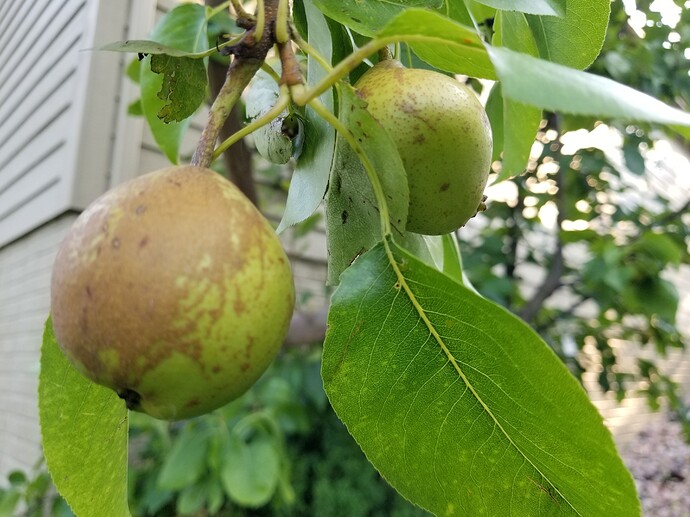 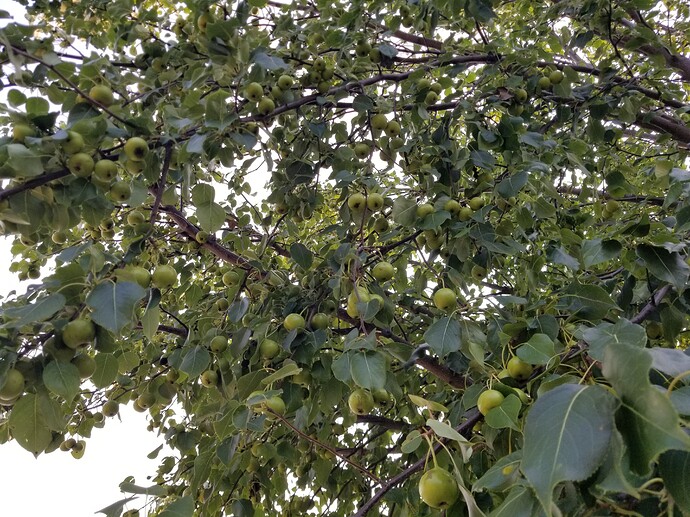 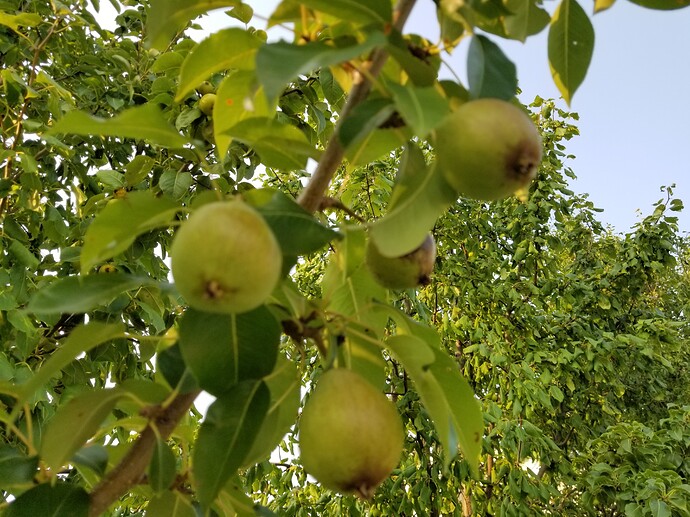 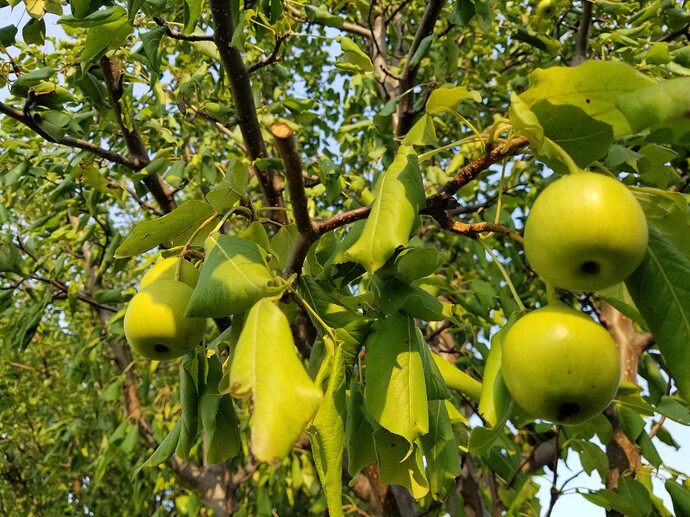 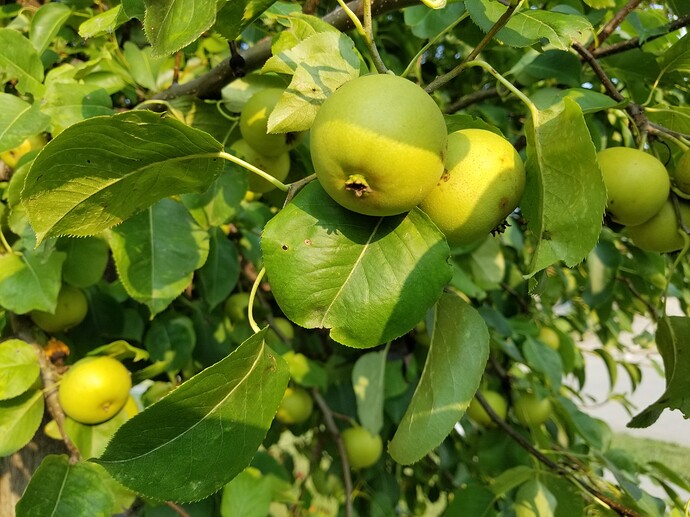 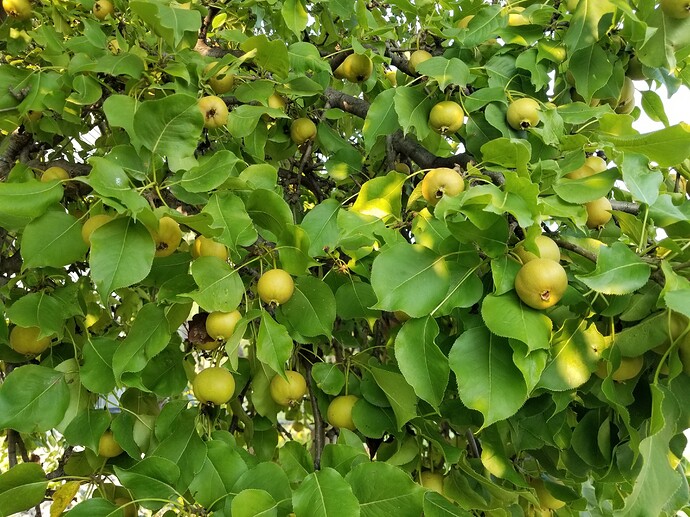 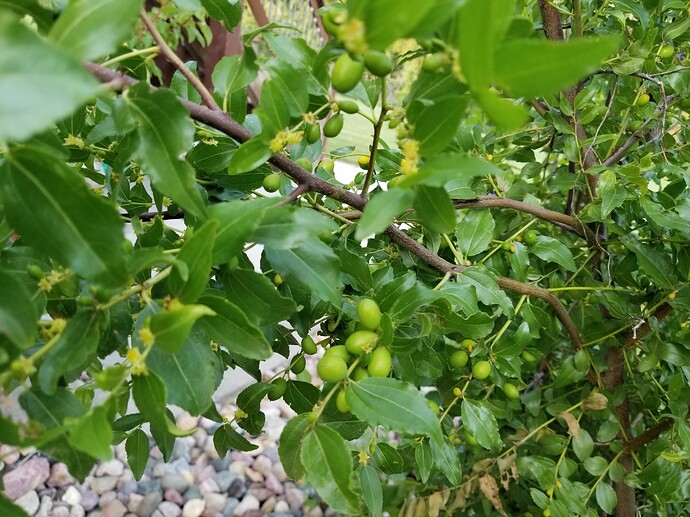 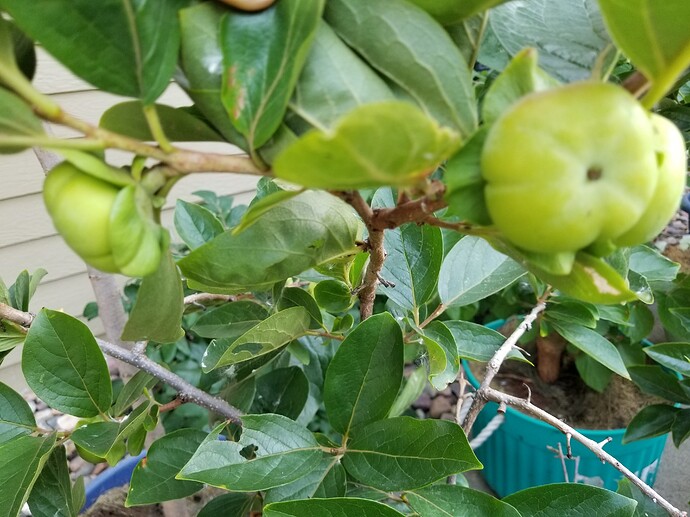 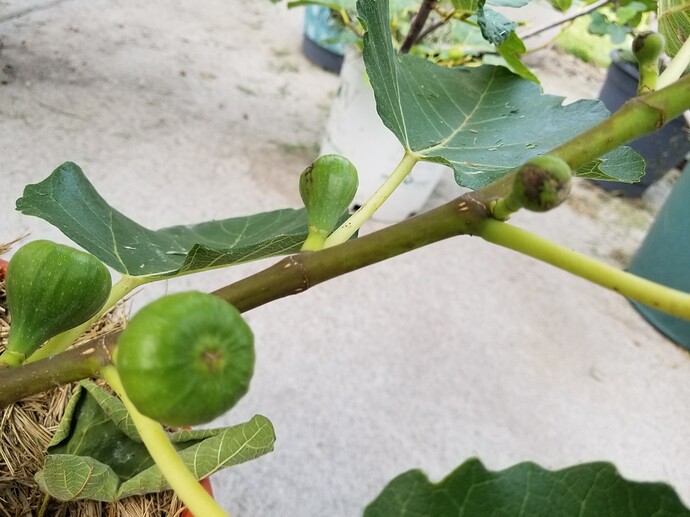 Tony, are you opening a health food store right next your restaurant? Why not! Andrew is already thinking about it, just ask him.

I’ll need 36 hours in my day to take on another project, Bob. @aap I’m impressed you don’t seem to have squirrel or bird problems despite having so many trees around you. The birds are terrible as always this year. Some even made a nest in one of my fig trees.

@tonyOmahaz5 Glad to see Black Tuscan is fruiting well for you. This has been a very healthy variety for me. No signs of FMV to speak of. Mine is covered in figs but most will likely split while ripening.

I hoped the Black Tuscan is an earlier figs to harvest. The Black Madeira, Figo Preto, Ben’s Golden Riverside, and even Craven’ Cravings are too late to ripen in my Z5 the last few years. I dumped about 15 pounds of green top tier maincrops last year because the weather got cold in early October and all the leaves turned yellow and no sun / no heat to ripen them. Definitely needs a Sunroom or a greenhouse for those late season top tier figs. @PharmerDrewee

It normally ripens its first figs near the end of September. I give it no head start. I’ve shifted to more early and mid-season varieties for the same troubles you have. No more Col de Dame. I think Calderona might ripen sooner and taste great. Will let you know how mine does this year.

Andrew, you have study squirrels, starting in the latter part of March, mating season. Got to clean house, not later. Keep them from multiplying. During the rest of the year, I might see a couple, usely in pairs, early in the morning or late afternoon. If I see a branch moving, they are dead meat. Raccoons starting now for a month or so, just set out a trap in the evening. Bussard lunch! Might get a couple a year.

Andrew, do you grow Giombo, or (Pulu). If not, can get you pieces come December/ January.

That developing Tam Kam looks a lot like my not Izu that finally fruited last year. It had no taste or sweetness unfortunately and started ripening much later than I’d like for our climate.

Have you considered Matsumoto? That one turns orange at the end of September here.

Not yet. I have Izu grafted to my NOT Izu, plus Fuyugaki as non-astringents, and presumably Coffeecake if its gets pollinated. Also have astringent Saijo, and grafts of Giombo, Sheng, California Maru and Nikita’s Gift plus American Prairie Star which is H118.

Young Cardinal non-astringent was the other one I was banking on, supposed to be very early, but the tree didn’t make it.

Does Matsumoto have good flavor and texture?