Okay, this is probably too early to celebrate, but not to early to at least point out a possible solution to getting our cherries to fruit in San Diego/southern California.

Dave Wilson has 3 low chill cultivars (Minnie Royal, Royal Crimson, and Royal Lee), arboreumco has sold the Cristobalina, and the UC system produced a couple lower chill options (Brooks and Coral). Laguna Hills Nursery tried Lapins in the 80s and discovered it fruited, not perfectly but enough and many other nurseries carry it here now.

There is extensive experience of disappointment over the years among the southern California backyard growers, though also some great success, mainly with the Dave Wilson cultivars.

In his 1921 work California Fruits, Ed Wickson has a section called “Delayed Fruiting of Cherry Trees” and says even in perfect soil sometimes the grower “will often have many years of disappointment from falling blossoms and fruit. During this time the trees will be making marvelous wood growth and this apparently suppresses the fruiting function.” He lists some options and then says “sometimes the non-bearing of the cherry is inexplicable.” So maybe we just have to be patient and let the trees reach maturity?

Another thing I noticed on my trees was the bees largely ignore the cherry blossoms, or they sample one or two to see what they are like and then take off. I worried that ants were eating all the nectar so I put up the low dose boric acid baits. But while I waited for that I wanted the early blossoms to pollinate, so I hand pollinated.

At first I used a small paintbrush that I used each morning. Then I got tired of that and just did finger pollination. It was really easy to get all the flowers, much faster.

Maybe this is just coincidence but it seems like the early flowers from a couple weeks ago are already fruiting. I will attach the photo below. 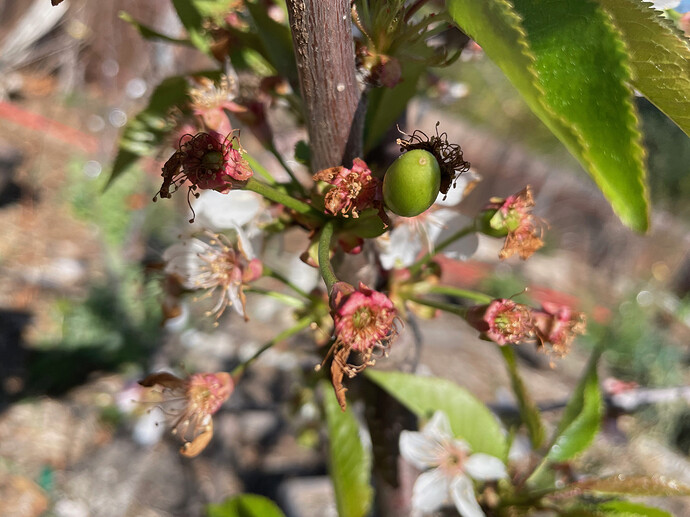 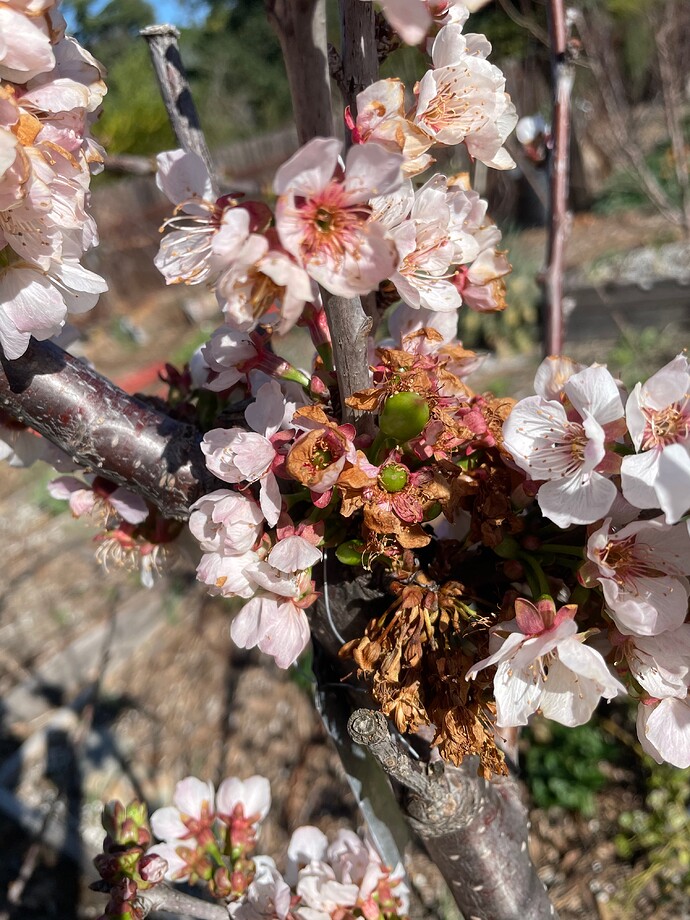 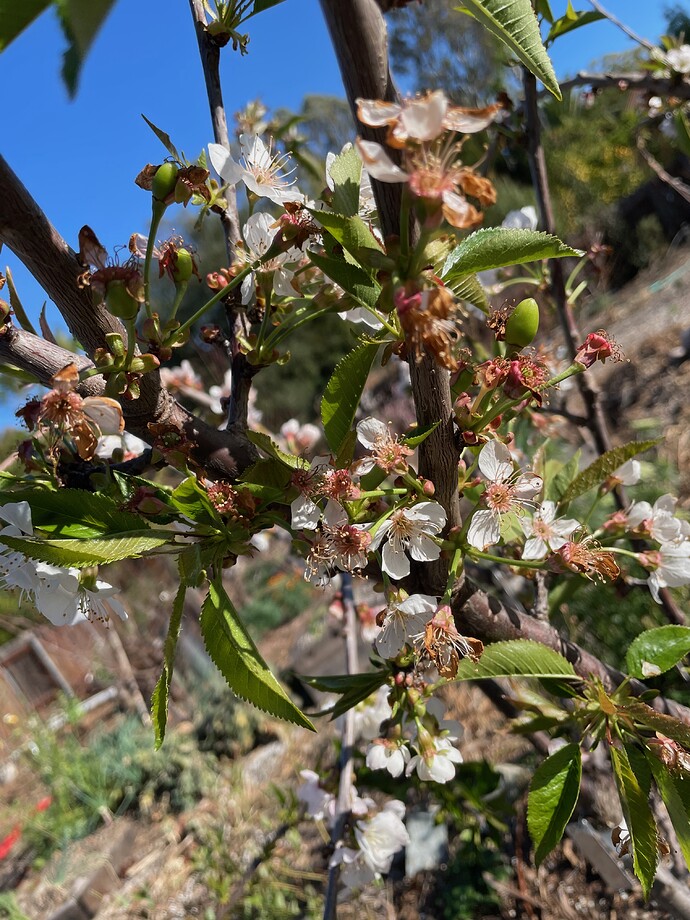 Here are the photos. Already exceeds my entire crop last year! And the rest of the trees are blossoming in the apical areas. Not sure if it was the weather or the finger pollination but so far so good!

Good info to know. I have the 3 Dave Wilson low chill cultivars, along with Lapins and Craig’s Crimson. All but one of them were planted a year ago, and the Royal Crimson is brand new. One of the cherries planted last year just opened its first bud yesterday.

I got rid of my ants with boric acid. The bees still prefer anything but cherries (apricots, borage, avocado flowers, acacia, ceanothus, broccoli, anything). But now when a bee makes a rare visit to the cherries, it stays and actually drinks something. My theory remains that ants are one of the reasons So Cal gets poor cherry production. They steal the nectar and keep bees away. Here is a happy bee drinking nectar now that ants are gone: 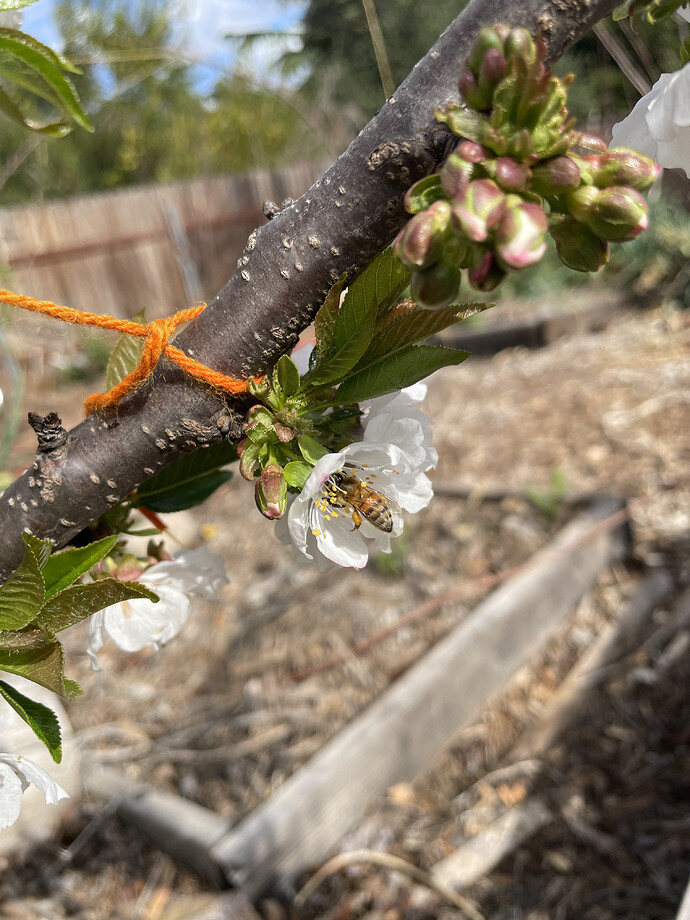