I think I could have fire blight on this grafted conference pear tree about a meter tall. This was a replacement from one that I think had fireblight which I tried to save by cutting it down almost to the rootstock. It was growing new shoots but just threw it out which I’m now regretting I didn’t throw it out earlier as I think it might have affected this new tree.

The new tree was doing well and I was spraying with a vinegar solution every 2 weeks (can’t use copper as it is on a small plot with young children around) and was getting new shoots but no blossoms. Then there was a lot of rain for 3 days and when I checked, the leaves were slightly black at the tips and edges which I removed immediately and also pruned some branches attached to them in case.

Some of the thicker pruned branches looked a bit gray inside when pruning so pruned more until I saw it looking whiter. But the thinner branches, close to the middle of the main trunk, when I pruned was light green with a light ring of orange. After a few minutes, it turned a dark brown/gray as seen in the photos. I’ve tried to look everywhere to find out if that is a sign of fireblight?

So would like some advice of what to do please. Does the main trunk look like it has fireblight and if so should prune it all the way down close to the graft again? I read some places you shouldn’t prune in the summer (which I just did already!) but I fear might be too long if I wait for winter. I really want to save this tree as it was healthy when I got it and really don’t want to kill yet another one, but I also have other trees very nearby so worried about them too. 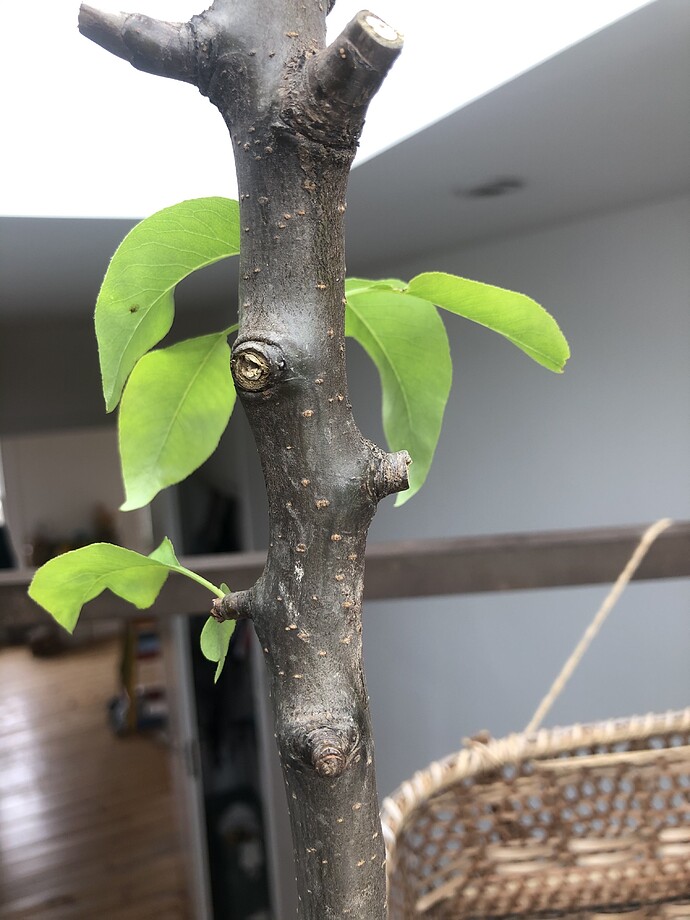