I have a pair of nectarines that will produce this year. One tree is not growing very much while the other is robust. This is fruit on the tree that hasn’t grown many leaves. 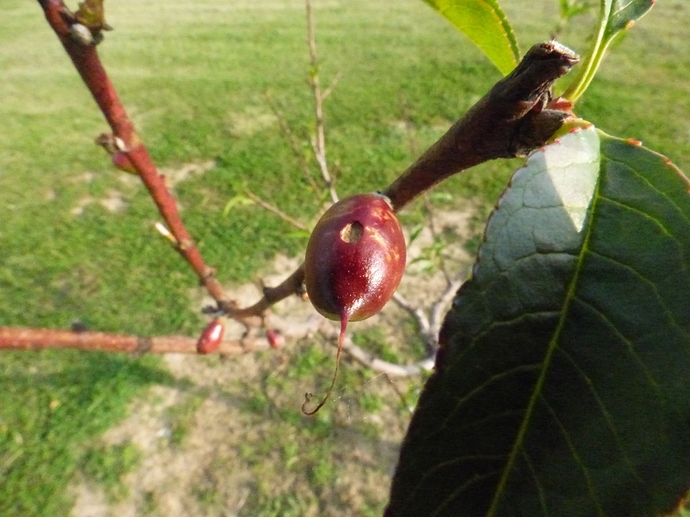 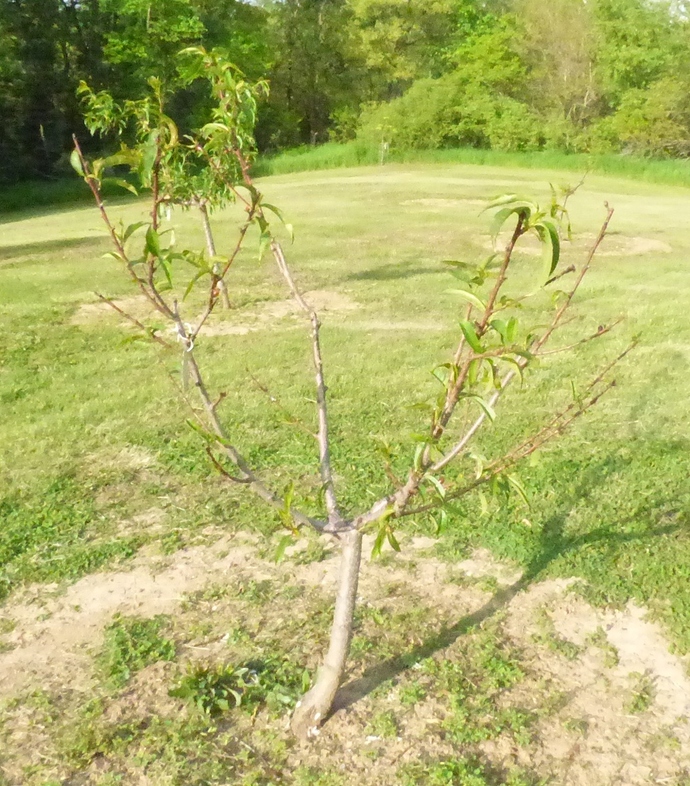 Something chewed on your nect, but the real problem is the lack of leaves

I suspect most of that fruit will drop and never be good, but you should take it all off, first, to let the tree recover from whatever is keeping it from leafing out

For peace of mind I’ll wait till others chime in. Makes perfect sense though.

Dax, not sure where you live, but slugs and snails will do that sort of damage to my stone fruit. And I agree with Lois, I would be concerned about the lack of leaf on that tree.

I agree. Drop any fruit, that tree needs to recover (if it can) from lack of leaves.

Don’t know where you live but I’d be worried about sunburn which is permanent damage and potentially deadly. That will certainly shorten the lifespan of an already short lifespan tree.

It also looks from the post as if the tree is buried at the graft union, not the root flare. That is a fatal issue as well. But for now I’d identify and eliminate the leaf strippers, because that is bad. Nighttime with a flashlight?

I have a pair of apricots like that - one healthy, the other just doesn’t leaf out as well

Last year, the healthy one made a good crop but I could see that while the other one had fruit set, it wasn’t growing like the fruit on the healthy tree and probably would have dropped

I took all the fruit off and gave the tree extra food - this year, it’s looking better and had a great abundance of blooms

It’s still not leafed out like I want it to be - I’ll let it grow a few fruits if it wants to keep them, but most will go

Alas, the healthy tree won’t have as good a crop as it did last year

I appreciate all that you guys.

I’ve not once fertilized any of my trees. We’ve been getting beautiful rains. I think I’m going to throw fertilizer on at least that one prior to rain in Wednesday’s forecast.

I’m sorry I didn’t include my location on this thread, however, it’s on my profile. I live in Aledo, IL. zone 5b.

I’ll keep up with any further comments. Until then, I’ll drop those fruits.

Is the lack of foliage possibly deer damage? In IL it won’t be lack of chilling.

Slug damage does look like that but with it being up that high I might suspect birds.
Dax, have you ever had a soil test done? That might give some answers on the leaf situation and fruit production. It will show if any glaring deficiencies exist.

I think it’s a weak tree. Everything else of 20 trees look good.

Not deer damage, no. I feel I don’t need any soil tests completed because I already know the ph is 7.0 & that it is hickory silt loam. There’s wonderful nutrients in this clay/loam soil.

I do understand why I should have a soil test done, believe me. I’ve been at this for a long time. It however is not money I’m willing to spend nor the nutrients I’d invest in changing it.

This thing is the weak link to my collection as far as I’d be concerned. The other nectarine is the same cultivar.