As is typical, I have about 2,000 little wheat seedlings now. So I started spraying roundup over the straw, only to notice that only three weeks out, my Music and Romanian Red is already poking up about half an inch in a couple spots.

Did I kill my emerging garlic? I have NEVER seen hardneck come up that fast. It’s weird. I thought they needed some chilling like flower bulbs do before they really started growing.

Last year it was February before they showed their faces.

You should be fine. Garlic sprouts should not be harmed by cold weather, but pack them well with more straw. The fact that they came up may be a good sign that they have a good root structure.

My wife doesn’t get started planting garlic until November, but it’s more because she waits until our farmers market has finished than concern for early sprouts.

I’m more concerned about the roundup I sprayed to kill the wheat seedlings coming up from the straw.

From past experience, I expected they were still nowhere near emerging so they wouldn’t be harmed.

We’ve never used roundup, so can’t help you there.

If the garlic wasn’t actually up, no harm likely done. (Besides, I’m not too sure Roundup even kills it!)

A few are poking up a half inch.

Instead of wheat straw, use grass clippings. Straw adds no real amount of nutrient to the soil upon decomposition, so you are merely using it for weed control. A layer of grass clippings or hardwood leaves will be much better mulch, without wheat emerging in your garlic patch.
As far as round up goes, though ive never tried it on garlic, ive found it to be an effective killer of most every thing else. If that holds true, you may have lost your crop. If only some of them were poking through, you should still be ok with the ones that had yet to emerge.
We all live and learn, and i hope that there was no real damage done to your garlic.

I may remove the straw mulch and replace with shredded leaves today. Only about five of them seemed to actually break the surface from what I could tell. Unfortunately it was mostly the Music garlic, which is my favorite.

So I feel like even if the roundup did hurt them, it probably only hit a few. I replaced the straw mulch with some shredded leaves.

although there are still a few wheat seedlings under the leaves, I removed most of them with the straw.

My first batch of garlic sprouted in about one to two weeks. Last two batches did not sprout, or just 1/3" tip. I have since covered all garlic beds with thick layers of leaves and pulled weeds to keep the leaves down from wind. I’m going to decide if I need to pull the mulch to allow garlic to sprout in spring, or just leave mulch there. I always have severe weed problem with my garlic beds. Both garlic and weeds grow alike in early spring. So I lean more toward to keep mulch and combat weed problem.

I do not use any chemicals with my edible. Only time I use Roundup is to keep my tree stumps.

No need to remove the leaf mulch. The garlic should be able to push up through. They will beeak down and add nutrients to the soil and supress weed growth.

I prefer straw for mulch, the leaves for the compost bin.

And wheat plants won’t do much harm anyhow (except for visuals … might bother some who
want everything looking neat like a picture album.)

It’s as thick as lawn grass…

I used to use straw too, but the grade was low and I introduced all kinds of new weeds to my garden. I use leaves mostly now. Well shredded though is a must. I have a Locust tree nearby and the small leaves are perfect as is. I’m going to cut it down soon though. It’s blocking some light.
If you catch spraying Roundup on the wrong plant soon enough, washing down with water will help.

My mulch layer is considered thick and the leaves are not shredded. So I’m not sure if they can push up through the mulch layer. This is why I’m thinking about raking the mulch off and put back after garlic sprouted.

We used to put 6 inches of mixed hardwood leaves on our garlic. No noticeable issues with emergence. Over a 15 year span on a commercial crop.

Good to know. Here is my mulch layer. Mainly form the red oak leaves and covered with pulled tall weeds (like hay). 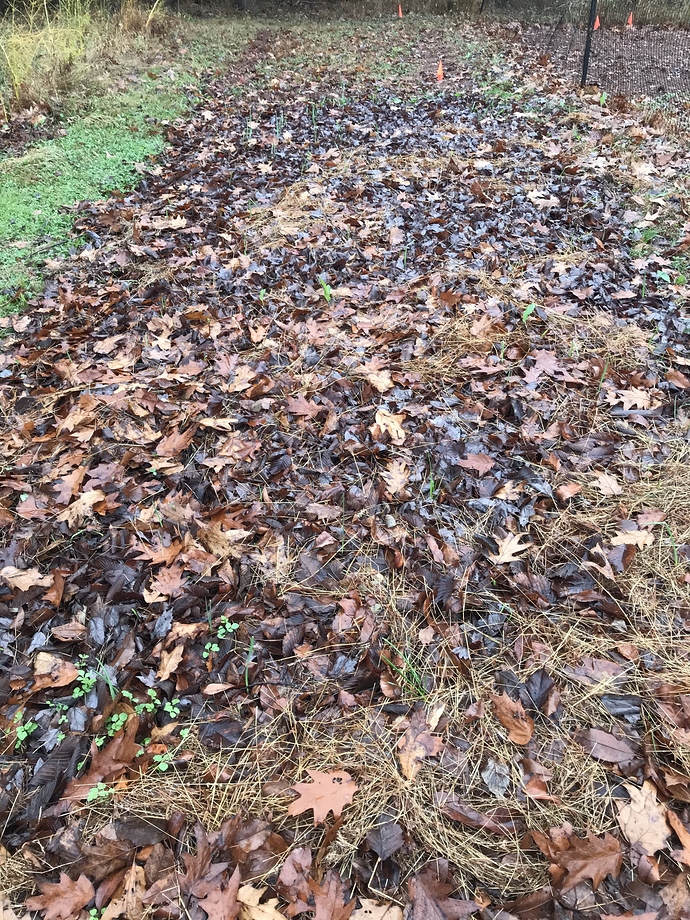 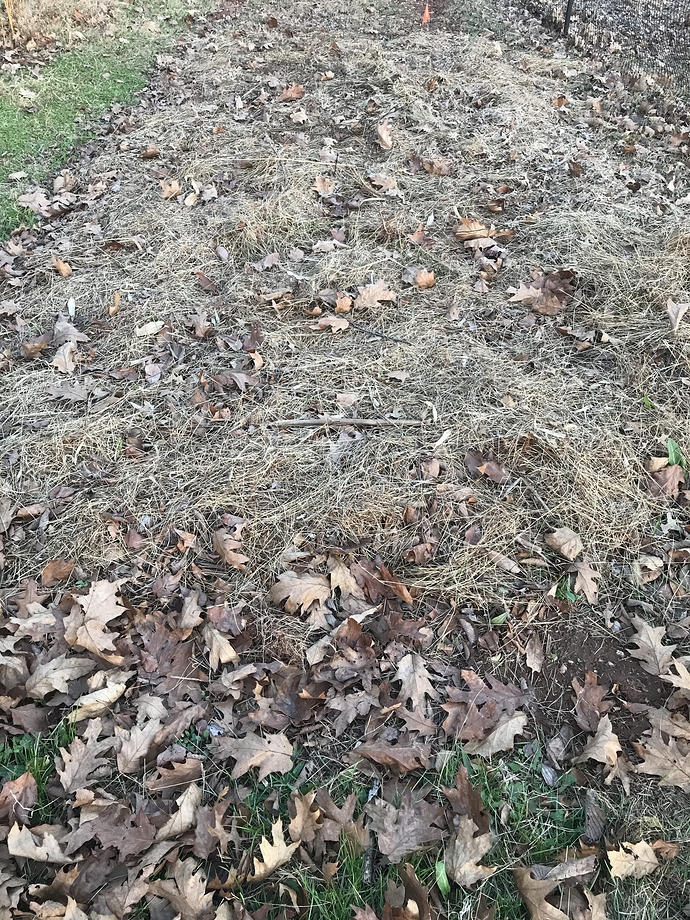 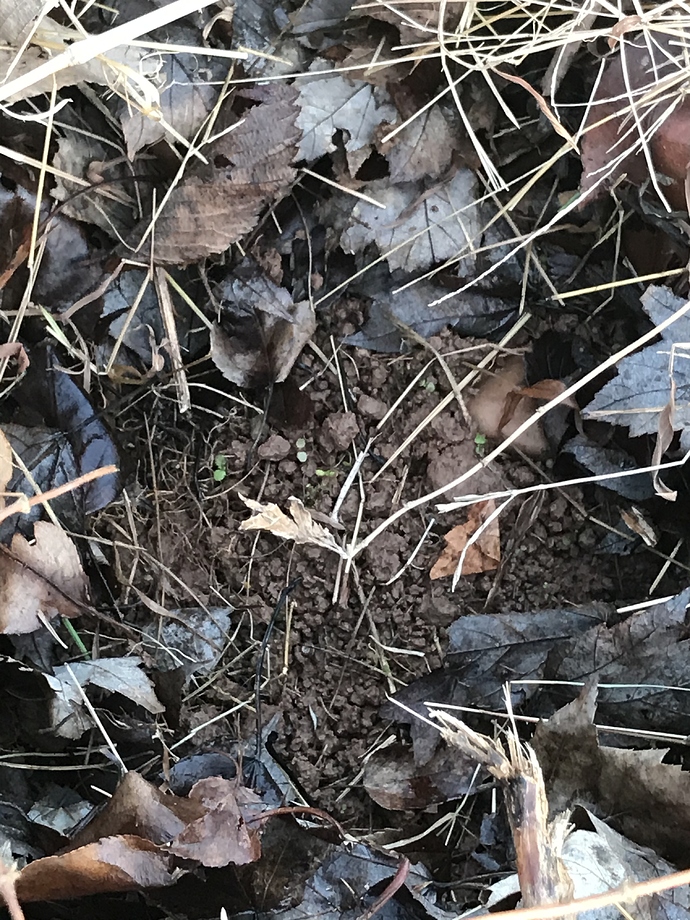 My other garlic bed is covered with mainly elm leaves. So less worry about that.