Looking for some guidance here. I’ve found a mason jar of apricot seeds in my garage. I believe they are from store bought apricots and are two years old. I saved them with the intention of eating them later, as i did not even have a garden at the time. That never happened, they got moved into the new house and ended up in a box of random stuff in the garage. I am considering trying to germinate them.

The jar was not sealed. The garage is dry, and it gets pretty cold in there in winter, probably close to but not below freezing. I am in zone 6B. Would you still stratify them in the fridge, or is overwintering in the cold garage sufficient?

My second question is - should i try to germinate them now or wait until September - October. I am kinda itching to do it now, unless it’s really going to mess with the dormancy cycle of potential seedlings. If I end up with some seedlings in fall, can I overwinter them in pots or do they need to go in the ground?

Someone i traded with sent me some seeds and i just stuck them in dirt and put in a warm location, they all sprouted.

Would you still stratify them in the fridge, or is overwintering in the cold garage sufficient?

My second question is - should i try to germinate them now or wait until September - October.

If you have a full jar of seeds, it would not do any harm to try germinating some of them now. The germination rate with apricot seeds is usually quite high for me.

I found little apricot seedlings growing underneath the tree where they had sprouted beneath a thickish layer of leaves lying on top of the asphalt onto which the fruit had fallen. They had been through a Montana winter and done their duty in the spring.

I did transplant a couple, gave one away, stuck one in a container and neglected it. But the point is that germination didn’t seem to take a great deal of attention.

I would do them now, but then I live in a colder climate and we still have snow. I left some apricot seeds in an open box in my unheated greenhouse and it got to -40C in there. I sprouted them last spring and I was amazed at how quickly they germinated and how many survived that kind of cold without any cover.

Thank you, guys. I’ll start them indoors now. Considering it’s snowing here right now, it shouldn’t be much different from their natural cycle.

Got the first seedling out of nine seeds! I had all but given up on them after six weeks. Tried digging around after the last frost and didn’t see any signs of growth nor dead seeds. This is exciting but now I may have to cancel my Starks order for a fall delivery of an apricot tree. 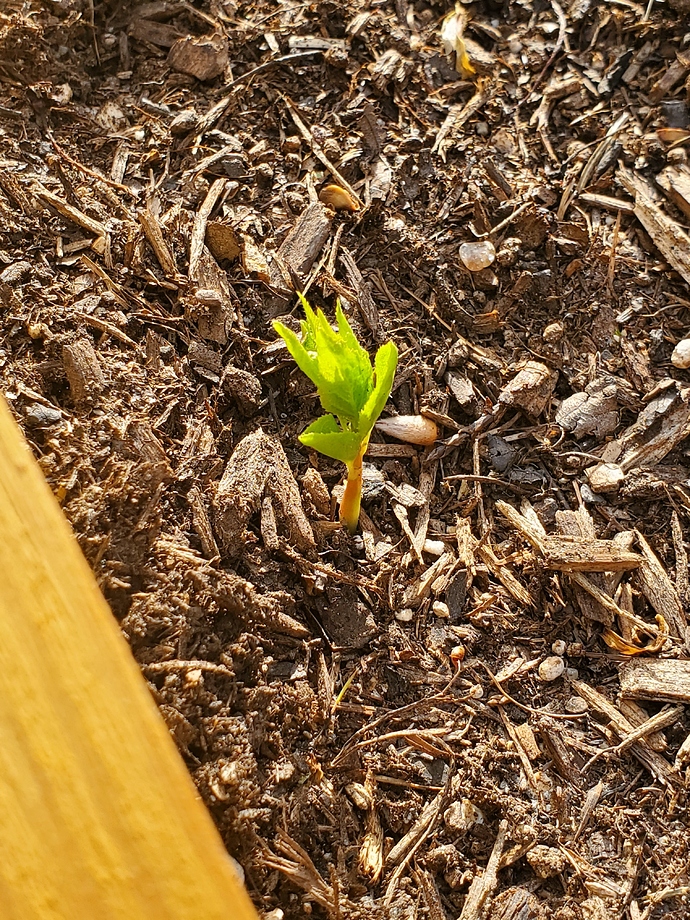