I tried this last year and none of them took. I’m collecting seeds from my jalapeños now, and am wondering if I didn’t anything wrong. All of my bell pepper seeds took. I allowed extra time for the jalapeños.
Not as important, but same question about my Tabasco seeds.

Make sure to use bottom heat. A heating pad or on top of the fridge. Which is usually warm.

Thanks drew. I Actually made a seed starter with a thermostatically controlled heat mat at the correct temperature, but none germinated. The seeds were collected from last year‘s crop, dried, so The only thing I could think of was maybe the one year delay had ruined the seeds or something.
Not sure if I’m missing something special about jalapeños. My bell peppers were sprouted from fresh peppers at the grocery store and did super good.

I have had no issues germinating three or four year old pepper seeds. This year I got some five year old fish pepper seeds to germinate. At one year heck they still have that new seed smell

Sometimes pepper seeds can take up to one month to germinate. Somehow the seeds went bad. Damaged or compromised in some way. It’s not age though. Tomato seeds last even longer.

Thanks. I tried to get really ripe jalapeños for seeds, but the seeds still looked very thin and misshapen, at least compared to the beautiful bell pepper seeds.

What did the bell peppers turn out like? Most commercial varieties are F1 hybrids, there would have been variation in your plants if that was so.

That is probably correct about the jalepenos, they turn red also when ripe.

You may be onto something, as I Can’t recall if they actually had turned red when I harvested the seeds.
Regarding the bell peppers, if I recall correctly the yellow and orange ones most of them had problems. The red ones however were a fabulous success The two years I grew them.

So as soon as they turn completely red, that’s the ideal time to pick them for the seeds?

No, you can use jap seeds when peppers are green. I wouldn’t even consider that being the cause. Bell pepper seeds can also b harvested from green fruit. Maybe somehow the seeds were overheated during germination?

I don’t think they were overheated. I planted them with the bell pepper seeds which sprouted really well. I left them in longer for the correct amount of time for jalapeño seeds, but they never came up.
I left a bunch of peppers just trying to get seeds, but I’ll run out of time eventually. Only one of them has turned red so far. A bunch of them have gotten that “woody” texture on the outside.

The woody texture is referred to as corking.

Seeds picked from most peppers including Jalapenos when the fruit is green colored will be immature and may not sprout. The fruits are not mature until they are bright red.

By the way, one of my plants is stunted with lighter colored crinkly leaves. Even the fruit are a bit wrinkled. Any idea why? Will seeds from those be no good?
On a related note, my Tabasco plant has similarly weird branches and leaves coming out of just the bottom portion. I noticed a massive stink bug infection around that area. 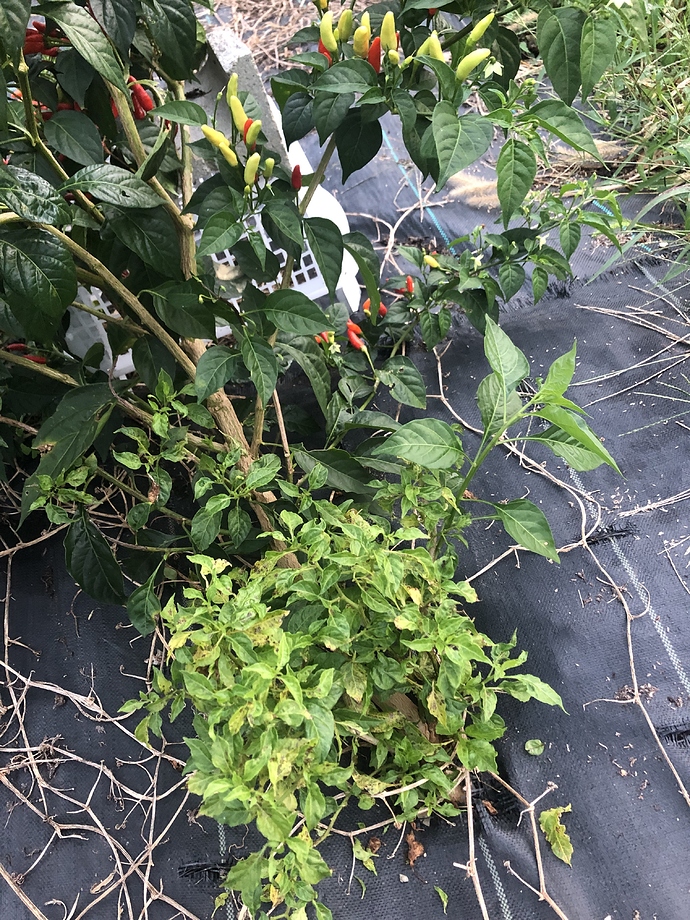 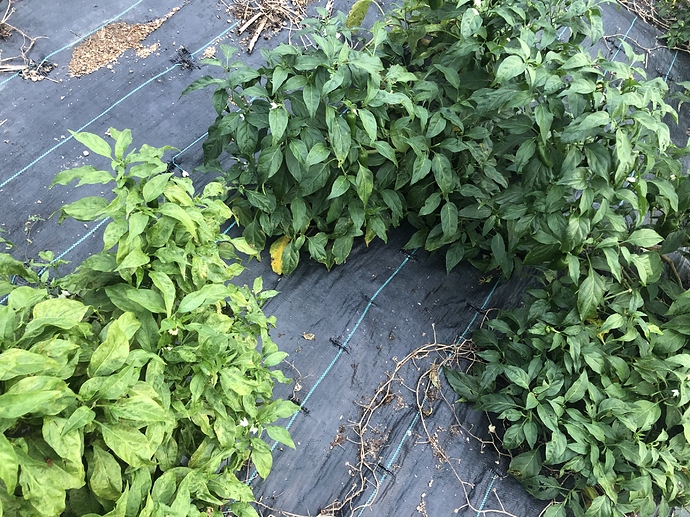 Ok, i’ve got a couple of peppers now fully red and corking. Should I harvest the seeds now? Or wait until the peppers get really soft or over ripe or something?

You could have taken them out way before they were red.

Do the seeds require any chilling? I thought I read somewhere some seeds perform better after period of chill.

I’ve never had a problem germinating pepper seeds hot or sweet. I just scrape them from red fruit, dry them in at room temp and store in a labeled ziplock placed in a water-proof box in my closet. As Drew said, they can last a few years, although the older seeds have lower germination rates.