Get Ready for Cosmic Crisp Apples

I saw some at the grocery store a while back. Bought a couple those first two were good crisp, crunchy and juicy. A bit of thick skin but I figured that’s on the enterprise side. I could see some people put off but I wouldn’t say it’s bad. Went back for some more and they were on the side of mealy. Not full on but no crisp or crunch been on shelf to long. Would I buy again maybe if I knew they were fresh. Flavor wise I’d say refreshing nothing stood out for me like lemonade apple. Anyways that’s my take on it oh and I’ve got a tree from Raintree in the ground for a year now. Wide crotch angle don’t know about vigor so far about average. I saw a video and WSU says it can produce lots of blind wood if your not careful.

I saw a video and WSU says it can produce lots of blind wood if your not careful.

Another annoying trait it inherited from its Enterprise parent, along with the thick skin.

I’m a commercial grower as well as a Market grower. I tried a cosmic crisp 2 years ago and it was fantastic. Tried three or for this past season and I thought it was just a very good apple, Honeycrisp texture, high sugar high acid, good aromatics. One thing I noticed about the apples I tried was the appearance is kind of dull and I didn’t see the large bright lenticels that gives the fruit its name. Not pretty or bright like Honeycrisp or Nittany .which in my Orchard is gorgeous. I think it will be successful based on the marketing, the flavor, and the texture but I think the public will stick with Honeycrisp for a long time and it will be a slower ramp-up than expected for Washington’s new flagship apple with oversupply occurring in some early years.

I haven’t treated it great. I planted it out pretty late, but it handled it well. Hasn’t put on a ton of growth yet.

I’m more used to M26, this was on a more vigorous rootstock, don’t remember just which off hand. May not like the heavy soil I put it in. I had two trees to plant, dug the holes that are 20 feet away from each other and the soil texture is very different. If I’d dug both the holes before planting either, I would have switched the locations, but by the time I was done, I wasn’t going to mess with it again.

If it isn’t happy, I may “move” it with some pruners, a knife and whatnot.

Cripps Pink is a very nice apple but doesn’t have the “crunch” that consumers have come to expect in the modern apple.

That statement is pretty sweeping. Pink Lady is a very successful apple with consumers. Just because it isn’t the Beatles doesn’t mean it doesn’t have plenty of consuming fans. Pop music apples aren’t for every taste and most serious apple lovers don’t put Honey Crisp on a pedestal- I wouldn’t even want every apple I eat to have that same texture.

Consumers do want hard apples these days that don’t quickly become soft in storage, but I doubt all apples of the future with have to have the big cells of Honeycrisp to be marketable. Pink Lady has it’s own unique texture that I find very pleasing and I’m not alone.

My problem with the variety is that it doesn’t tend to get peak quality in our shorter season. I’m getting some Lady in Red this spring and now Adams has its own, supposedly early ripening variety.

@alan
Lots of people agree with you about what a good apple is. This post in interesting to read about taste in apples Best tasting apples

I don’t disagree at all. Pink lady is one of my favorite apples.
I also thought the Rubinette, KdS, Golden Russet, Cherry Cox etc etc were extraordinary last year.

None of the above changes the fact that Honey Crisp has a far more crunch than any of the aforementioned apples. Even if it is less flavorful.

That crunch is delightful.

That crunch is delightful.

It is nice, but too often around here the brix doesn’t reach the necessary height to make the apple great or even very good. So you end of with a relatively small crop (after discarding the rotted fruit and unripe drops) of good fruit. Maybe Cosmic Crisp will be an improvement here. But who knows when they will release it throughout the country. Probably a couple years before the patent runs out.

We’ve had some great Honeycrisp and Macouns at our local Supermarkets. The HC are big, crunchy and sweet, but for me all that sweetness gets old and the Macon’s flavor kicks it’s butt until later in the winter and it’s storage weaknesses show up. Hopefully this new Apple offers more than just sweetness with a crunch.

Maybe, those are not locally grown.

With so much rain we have had (including this morning), my HC taste like crunchy cardboard, so watered down. I have several lbs of them in a fridge. No one in my family is willing to eat them. Can’t give them away as they will ruin a reputation of home grown apples!

That doesn’t surprise me, given the number of issues with Honeycrisp.

Can’t give them away as they will ruin a reputation of home grown apples!

Honestly, by my standards, all my apples in storage this year suck at this point except a few old strain yellow delicious (didn’t have that big a crop) and Newtown Pippons. In 25 years of growing I’ve never had nearly so much trouble producing adequately sweet and flavored fruit- particularly apples and pears. Only J. plums really obtained their usual high quality.

Well, blueberries were fine and at certain points of the season nects and peaches were quite good. I’m pulling both nects and BB’s out of my freezer and will for the rest of winter into spring.

Macouns are from New York. Honeycrisp just have USA stickers on them.

I just ate a Newton Pippin that I got at the farmer’s market about a month ago. It has held up great, and was 15 brix.

But, I liked the Evercrisps that I finished last week better. I missed out when they were selling them, but when I asked about it, he brought me a bag of 2nds the next week. Honeycrisp crunch with more sugar/flavor. The brix ranged from 15-18, while Honeycrisps have been 11-13. I did see a bit of bitter pit on one of the Evercrisps, so it is possible that they are also susceptible (as is Honeycrisp).

I’d be interested to compare a Cosmic Crisp and Evercrisp side by side. It’s been a few years since I had one, but from what I recall, SweeTango is also very good and from the Honeycrisp family. 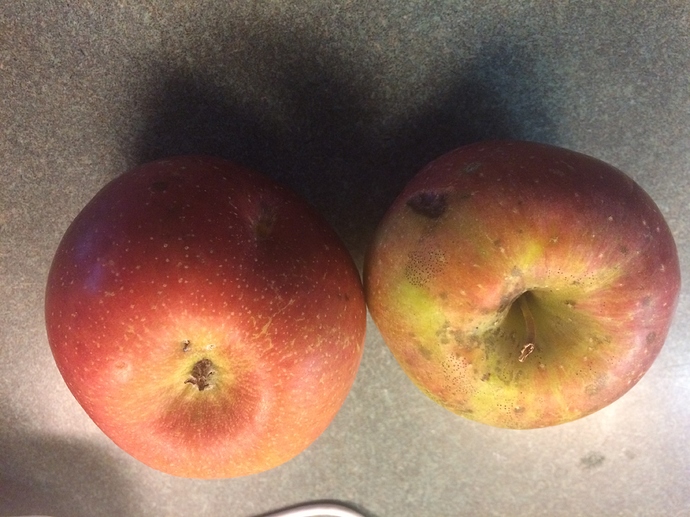 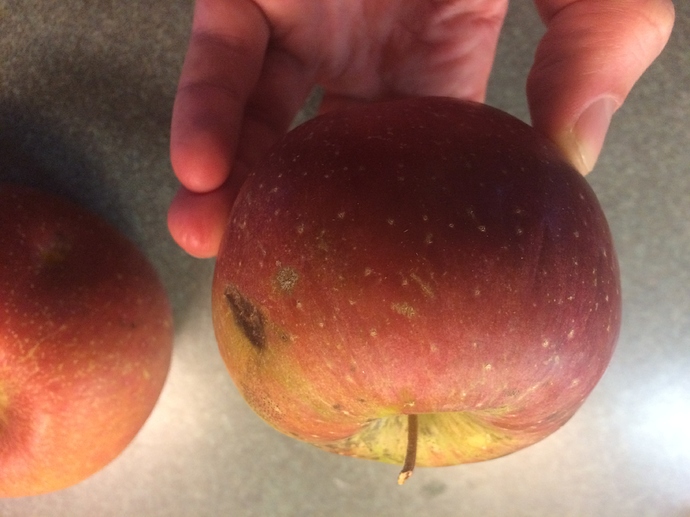 Bob,
I like Evercrisp for the same reason you mentioned.

We also bought Snap Dragon from Costco a couple of days ago. Sometimes, I feel that the taste and texture of these new apples is rather similar. 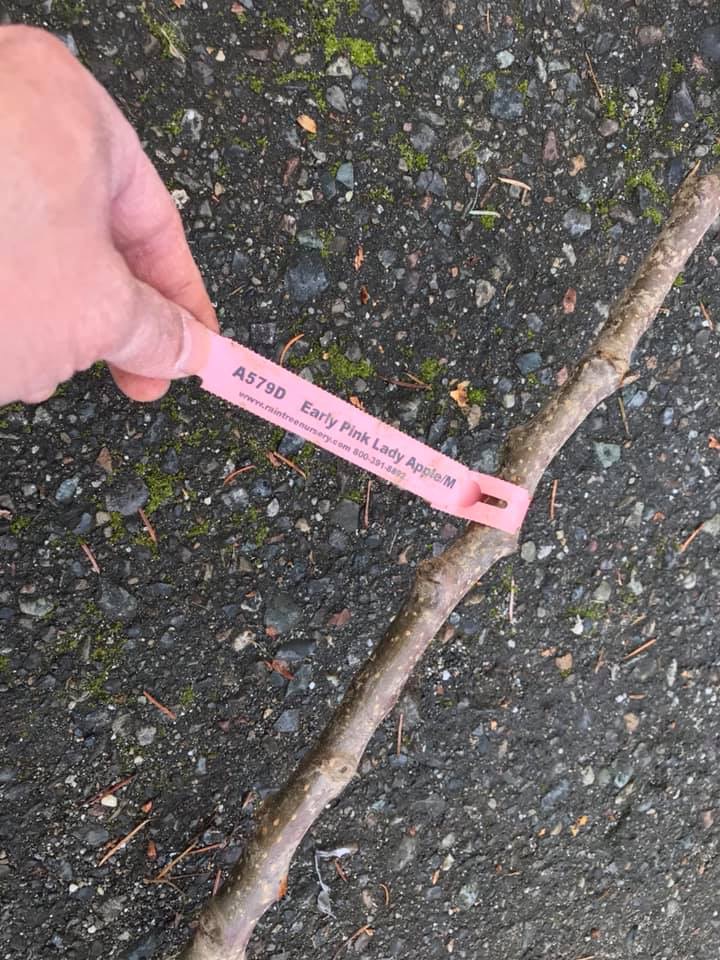 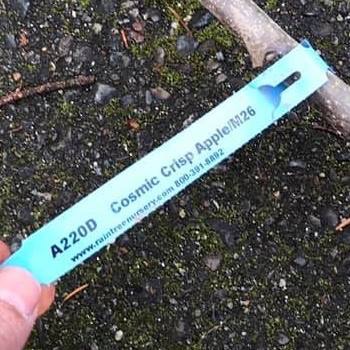 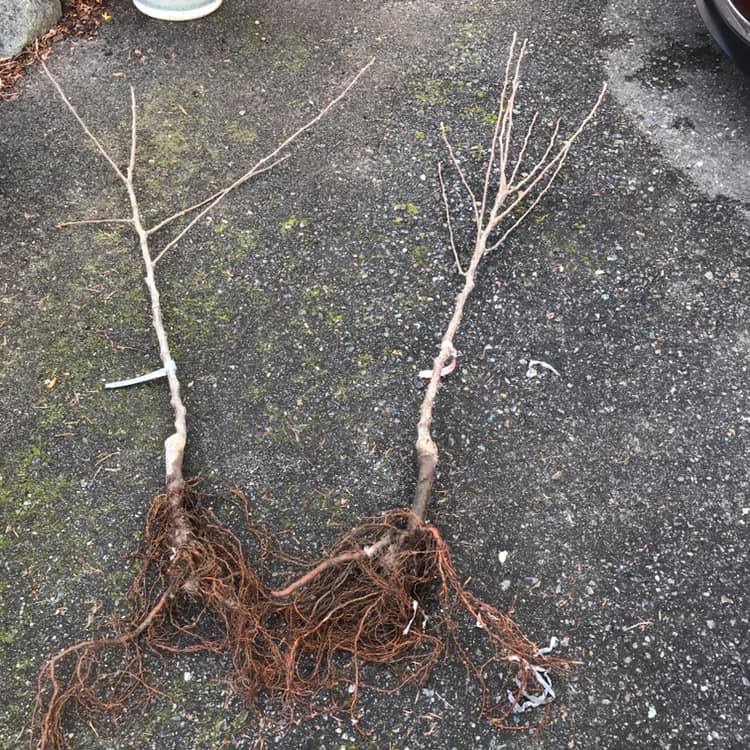 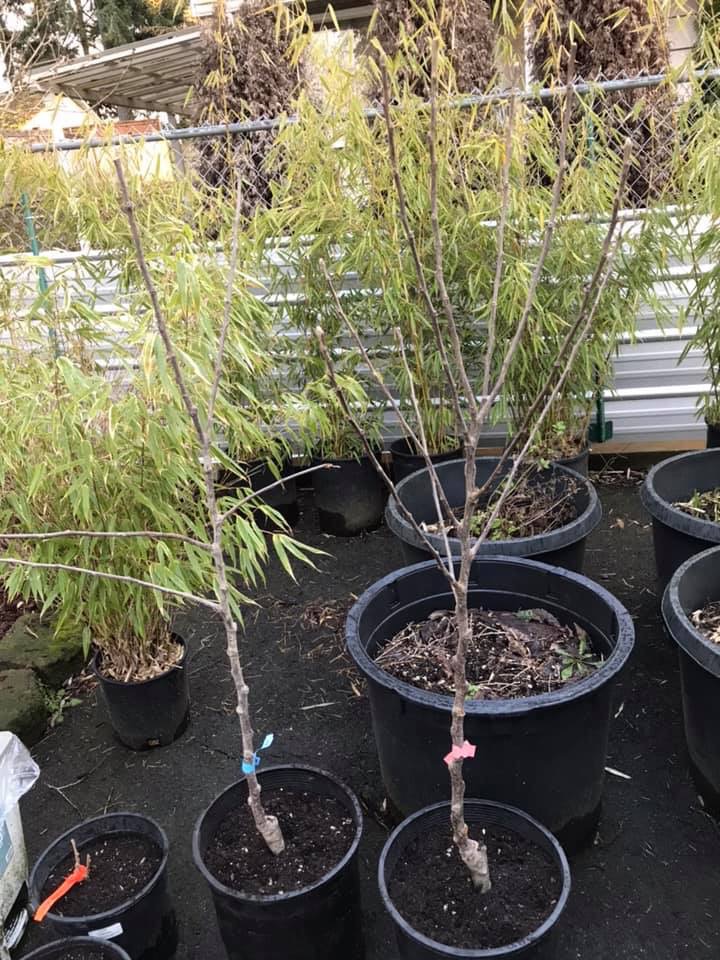 Please keep us updated on how the trees do. I wonder at what point they will widen the distribution of the trees. Any idea how it is supposed to do in lower chill areas?

How old are those Bamboos in the background. I got 8 small bushes in ground last year. I winter protected them with dried grass clippings and a 14 inches of snow that kept them alive despite the low temp was -20F for a night. I also potted up 2 small bamboo bushes just for insurance.

Those are clumping bamboos call Robusta and Rufa. They are just a couple years old and I just divided all of them Tony.