Anyone have feedback on can you graft Pecan or Hickory or Black Walnut to each other?

Such as can Kanza Pecan graft to native black walnut?

Can Granger hickory graft to black walnut or to pecan?

Kind of like grafting apple on pear? I wish. If any of that was possible everybody would be doing it. Pretty sure none of them will graft to each other.

Maybe I’m wrong. I would love to go graft my walnuts up with some hickory and pecan.

Sorry, no pecan & hickory on BW.

Pecan & (32-chromosome)hickory are mostly compatible, though we don’t recommend putting pecan on most hickory understocks(except possibly bitternut & bitter pecan), as they’re slower growing,.
There are anecdotal reports of some hickory clones (shagbark & shellbark) struggling on pecan understock, but usually a vigorous pecan understock will push better growth than a hickory understock. 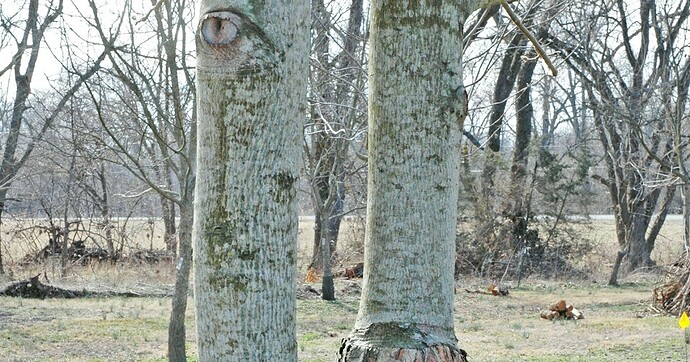 Unequally yoked: grafting hickory on pecan and pecan on hickory.

Yeah.
Has anyone experimented and shared results?
Itd be neat to know.
Any interstem options?
Like with almond/peach/apricot/plum types, etc we have some pretty reliable reports.
And asian pear/euro pear.
Even some apple/pear interstem are claimed compatible but I havent tried it yet.

When I first started with nut trees,back around 1995, all I had to play around with, as far as rootstock, were native hickories.
My first successful graft was ‘Lindauer’ shellbark on mockernut…it grew well for one year, then woke up dead the next spring.
I grafted a scion from a mockernut witch’s broom that Guy Sternberg sent, onto pecan…it ‘took’ but I accidentally pruned it off later in the season…don’t know if it would have been long-term compatible or not.

So…my limited experience cross-grafting diploid(32-chromosome) and tetraploid(64-c) Carya species is something of a mixed bag.

I generally have a low enough successful graft rate with nut trees that I wouldn’t want to mess with trying an interstem. Ted Daniecki used to like an interstem of ‘Fayette’ shellbark between pecan understock and shagbark, but that just looks unnecessary to me.

Thanks for sharing! Interesting info.
I wonder what some tricks may be to increase successful graft rate with nut trees?

The most skilled grafts I make are pecan on pecan. If I do the very best whip & tongue I can make, the success rate is usually 90%. This means an exact match of scion size to rootstock size and means the graft cuts are flat and mate with each other with no air gaps.

The best way I know of to improve success with hickory grafts - and that includes pecan - is to use a heat tube with dormant grafts.

Walnut is a different story. I can make inlay side grafts on 2 inch diameter rootstocks with nearly 100% success. Walnut is dead easy compared with any of the hickory family.

I had much better than my usual success rates last year, doing inlay bark grafts on 20 yr old pecan trees that I cut off and grafted standing on a 10 ft stepladder.