I used electrical tape on my first successful plum graft. When should I try and remove the tape?

I would wait until the end of June to take it off and let the union healed real well. No need to be in a hurry because the bird land on it or a strong wind break it off then there goes nothing but another year saying why did I do that. Btw, it happens to me a few times.

I left my black electric tape on this year until the trees went dormant this fall. I think I should have left it on until spring as I lost a couple of grafts I think to the freezing/ drying winter winds. This year I will leave it on until spring or if I feel it has to be removed I will cover the union with wax.

I would leave tape on a max of a year after grafting. If it’s a year later and the graft isn’t supporting itself, just graft again…

The black elastic electrical tape is called Temflex by 3M.

Like someone said, it is elastic, self adhesive and biodegradable. Extremely useful and convenient.

I used Temflex for awhile,but stopped.It melted together and was very difficult to remove.Even now,a couple of years later,some grafts still have it.
I was given,what seems to be silicone fuse tape,which doesn’t melt,but adheres to itself and either peels off or can be sliced,like a rubber band,but stays where overlapped.
I’m going to try the Superglue brand and see if it’s the same stuff.bb

I like temflex, but it’s possible to overdo it and have problems as Bradybb says. What I like about it is that it’s strong enough to pull a less-than-perfect (which is to say all of my!) grafts into line, seals in moisture, and comes off easily enough if you don’t get to heavy handed with it, which I sometimes do.

What I did this year on my clefts was to put down a covering wrap of parafilm and then put temflex over that- I imagine that should make it easier to get off, but we’ll see.

Your zone may be a lot hotter than my zone 6. It never melts on me.

On some very small grafts, I have cut Temflex open (with a razor) if the Temflex did not look like it would biodegrade. This would be done in the spring of a following year. I think unwrapping grafts too early does more harm than let it be a little too long.

I really like the Temflex because it does stretch and is strong enough to pull the graft together. It does degrade over time also. I put parafilm under it. It seems to kinda meld with the parafilm. I took it off in the fall but I felt like it could have been left alone until it peeled off itself. I did feel like when I peeled it off in the fall I left the graft site vulnerable. There was no girdling. In fact I have had sucker growth push through the temflex.

I use 3M Linerless Electrical Rubber Tape. It’s strong, stretches well and adheres to itself. I apply the rubber tape on top of a parafilm layer and a white masking tape on top of the rubber tape, to prevent the graft union from overheating. To remove, I make one cut through the tapes with a sharp knife (along the branch), and remove the entire “cylinder” of all tapes fused together. I tried to use a Silicone Rubber Self Fusing Tape, and indeed, it’s much easier to remove, but it’s not stretchy enough. It feels like it does not apply the same pressure to the graft union as the Electrical Rubber Tape does.

White masking tape sounds good. It’s hot here too and I really hate fooling with foil trying to wrap it around and get it to hold.

So is the rubber tape similar to Temflex? I had a hard time peeling the covering off the tape until I realized I could just stretch it at the end until the liner pulled apart and then it’s easy to strip.

If Temflex is tried again,the Parafilm will go on underneath.I always put it on the other way around.bb

I also write the name of grafted variety with a non-fading Japanese marker on the white masking tape. It’s easy to spot the graft and the marker does not fade for at least one year, until the permanent aluminum tag is put on. 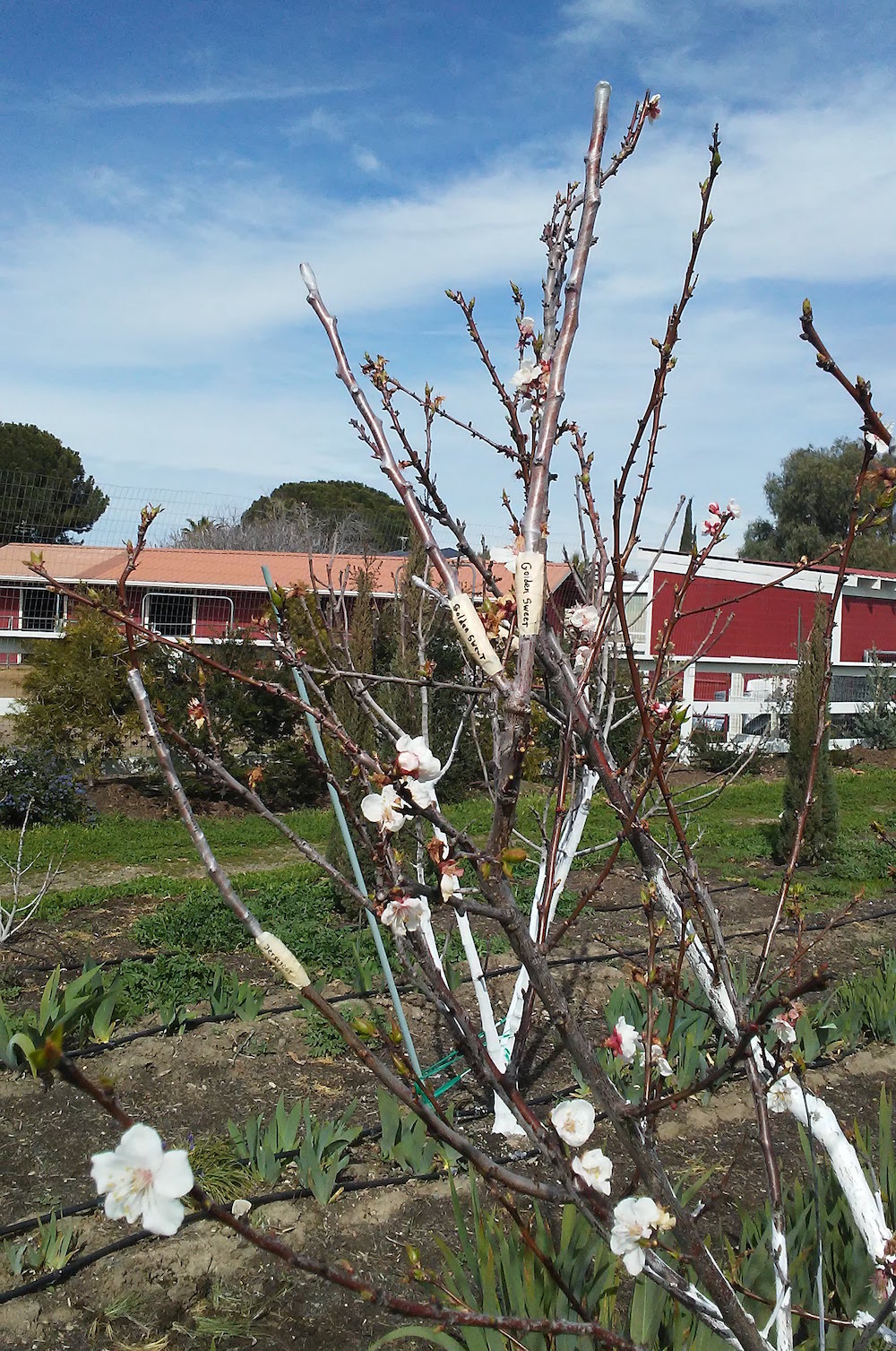 It’s pretty similar, but using the linerless tape saves a bit of time (no need to remove the liner) and it’s usually much cheaper.

Yup. I always wrap a graft union and any exposed area around it with parafilm first before applying Temflex tightly. Thus, peeling off Temflex has not caused any issue at the graft union.

Thanks for all of the input folks!

I see I’m among the belt AND suspenders crowd. Surely Parafilm AND electrical tape in combination are overkill. Not to use just one product when two will do, I start with TrueValue Special¹ rubber tape and swab it liberally with TreeKote, which is an asphalt emulsion, to seal it from the outside. I was taught to do this by Tony Dembski at Maple Valley Orchards. I suppose you could always whitewash the whole joint with half-n-half interior latex if you’re worried about scalding.