Grafting onto an existing E.PLum

I bought a European plum tree at the local nursery - it is trained to open center with 3 main scaffold branches. Still young so these are pretty thin yet.

I would like to graft onto this tree so would i cut one of the laterals back closer to the trunk and then do a bench / whip and tongue graft similar to how scion is attached to root stock or would i do some other type of graft on the trunk itself - a bud or bark graft maybe or something else? 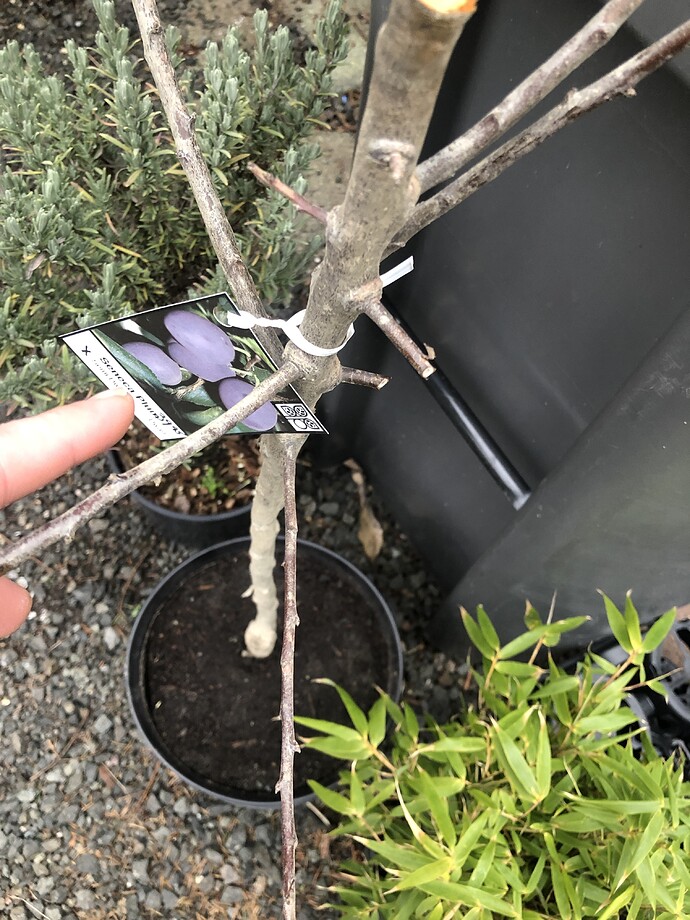 Hi Eric,
So the scaffold branches,want to be kept,right?Are there other laterals growing from these?
Has the scion wood been obtained yet?A whip and tongue should work,especially if the diameters are similar.
Can a picture be posted here?

Just edited to add a pic. There are actually more than 3 laterals which i cut back a little bit at the nursery. I will select 3 once i plant though.

There r no branches off these laterals yet.

I did not get scion yet - just trying to figure everything out prior to receiving them.

Ideally the tree would have 3 maybe 4 laterals and i was thinking i could cut one of the 3 main laterals back to an inch or two away from trunk similar to the two short stubs you see within the pic.

Cutting them back and grafted,can be done.It looks like the two upper branches are fairly close and pointing in the same direction.One of those can be removed and the central leader stub,above them,also.

Cool to cutting branch back and just grafting onto that. makes it easier as i only have to learn one type of graft now. Yep, i will be cutting one of the 2 that go the same direction at planting - its going pretty close to two other trees so im not sure which branches to keep until its in the hole so i can see everything at once. Will plant within a couple of days hopefully.