I’m really excited about how well Green Sapote (Pouteria viridis) has performed through winter here in zone 9b California and I want to encourage more people to try growing it here. This fruit is a relative of Mamey Sapote from the cool subtropical highlands that has what it takes to survive in many parts of the Bay Area. My experience is this plant can tolerate light frost and 30°F easily, and if mature can take some damage but survive the high 20s. That makes it worth trying in my opinion.

I know of two examples of Green Sapotes producing fruit in northern California - most famously Tom Addison’s tree in El Cerrito which he says fruits every year. The other tree is in Vallejo and has set fruit but has not ripened them yet.

I have one Green Sapote in the ground - it’s about 6’ tall and is a seedling. 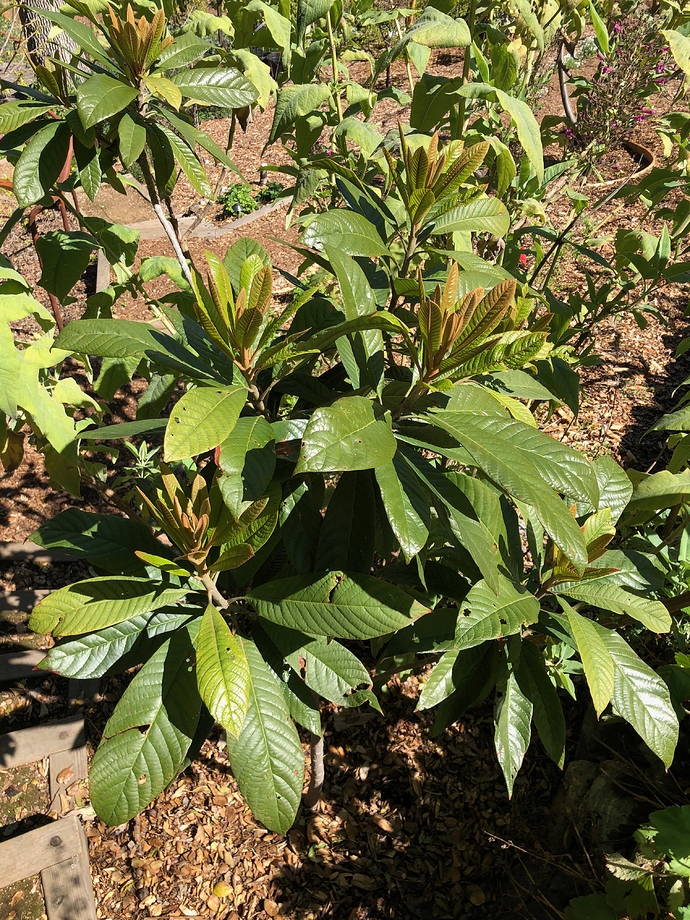 What’s most impressive about this plant is that it began pushing new growth in December and kept going all winter without the tender new leaves being damaged by frost. 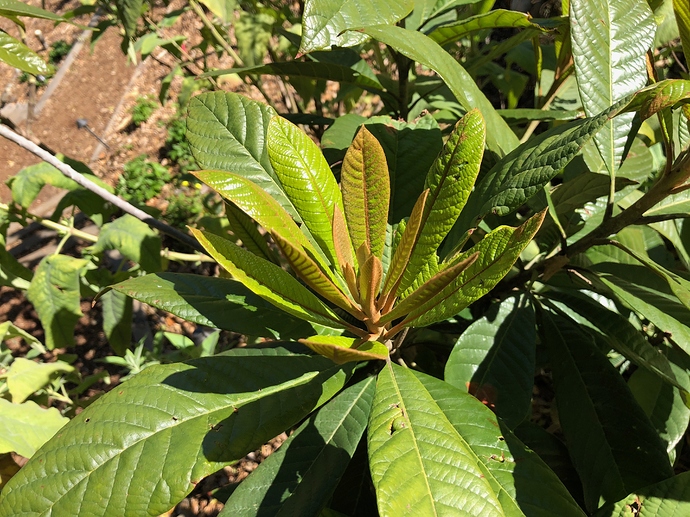 I also have 4 other plants in pots which are grafted to Mamey Sapote rootstocks - these plants were also unfazed by winter. They are not growing vegetatively like the seedling but they have flower buds emerging. I am concerned that the Mamey rootstock will make the trees more vulnerable to cold, but so far it hasn’t been an issue. 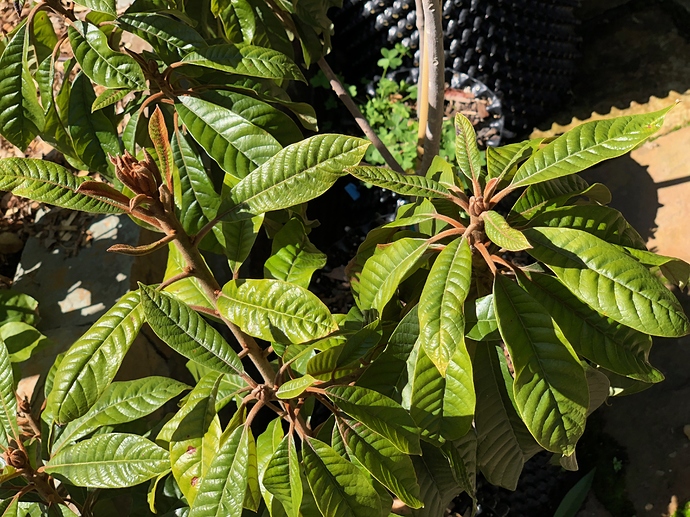 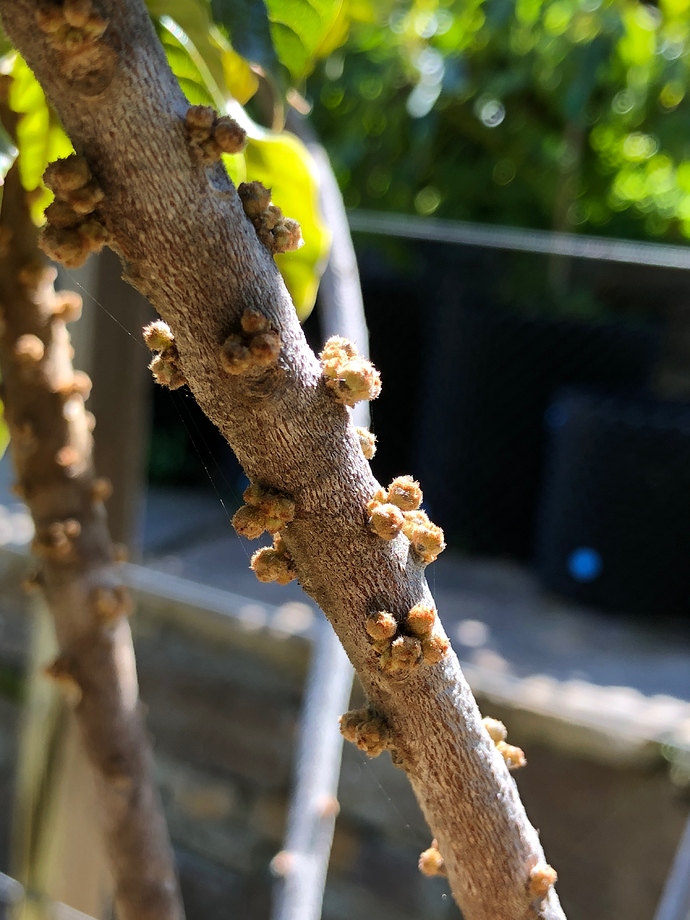 I had the rare opportunity to taste Green Sapote in Hawaii a few weeks ago. I was told that it would taste similar to Mamey but better. In my opinion, it tasted exactly like Mamey and not any better. That’s not a knock against it - Mamey is a delicious fruit. 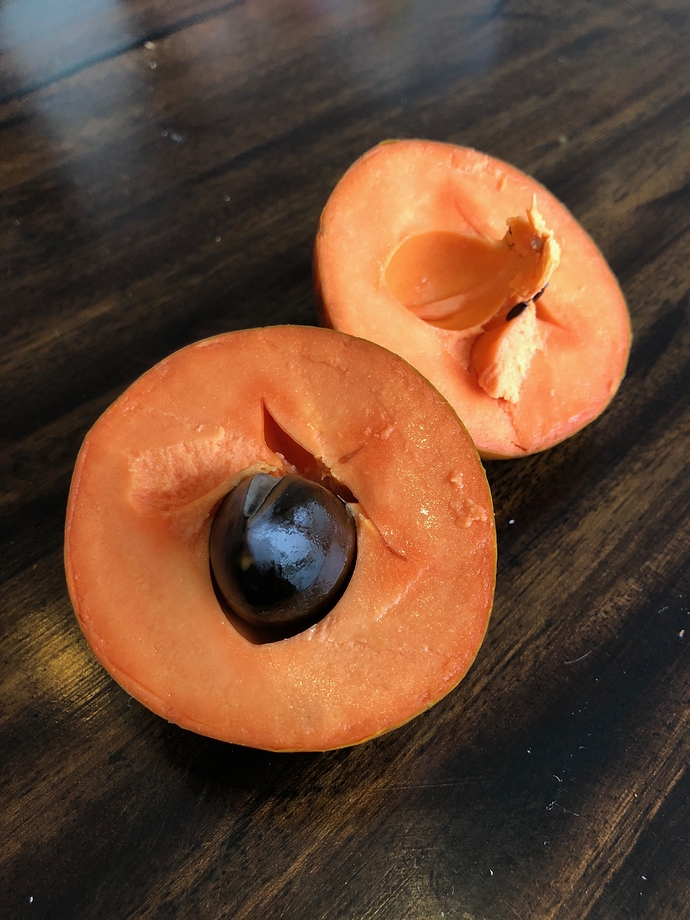 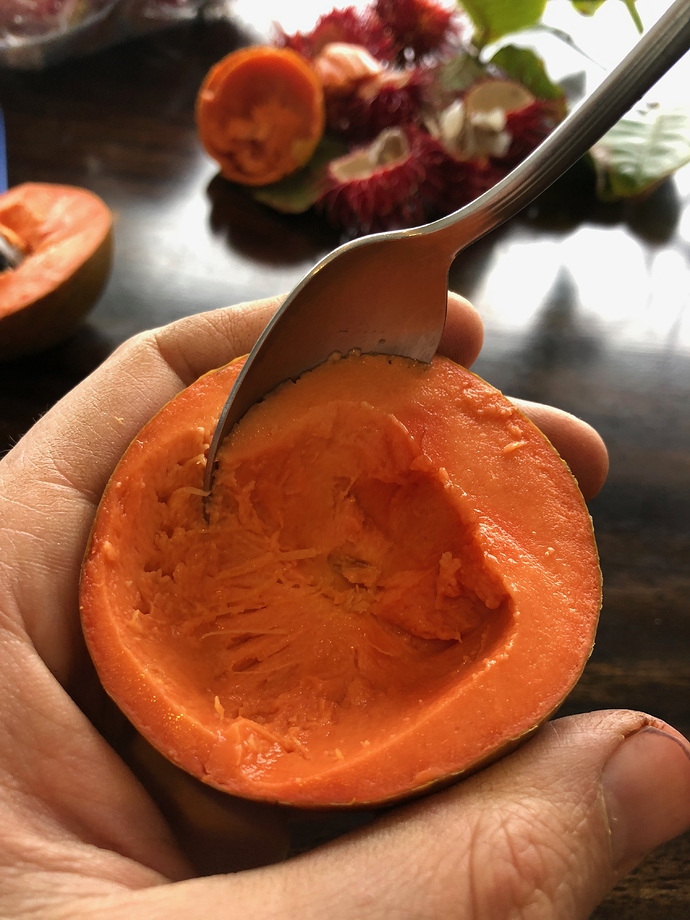 Finding Green Sapote trees to buy is not easy but they can be had. Plantogram and TopTropicals online nurseries have them occasionally. I’ve also seen seedlings on eBay. They’ve yet to show up in any nursery up north but I have seen them for sale in LA - these are usually going to be sourced from Florida and therefore also grafted to Mamey.

P. viridis does work well in areas of 9b with mild winters. I’ve met several people through CRFG who are growing them in central and southern California – although no farther than 15 miles from the coast. Some of the decades-old trees have been producing fruit for years.

I obtained some seedlings from Roger Meyer in 2013 and they’ve done quite well. One is at Alta Vista Gardens and I have two more – one in the ground and another in a 15 gallon pot. I’m not expecting fruit until 2020+. Mine is growing alongside a White Sapote and an Avocado, both of which are native to the same central American forests as Green Sapote.

Thanks Richard. Have your trees begun flowering yet? If not you might consider grafting to them to speed up the timeline. The grafted plants from the Florida nurseries are from mature specimen (“Fairchild” and “Whitman” cultivars) and will begin flowering the moment you get them. I’m going to try grafting from these trees to my in ground seedling. I’d be happy to share budwood if you’d like to give it a shot too.

Have your trees begun flowering yet?

Nope … Although at this point they are 8 years old and have been under training for the past 5 years. I’m reluctant to restart that process.

Wow, beautiful tree. Great job training it - can’t blame you not wanting to mess with that. Hope you get flowers soon!

I’m in the Bay Area- Dublin California. I would love to get my hands on a green sapote. Thanks for the info and I’d love to find out about all Northern California Hardy trees

Check with the Santa Clara chapter of the CRFG.

Hi there, I have a few green sapote seedlings I’m growing, really looking for a source for scion wood to graft, I’m in El Cajon and we get pretty chilly winters around here but my sapotes do very well, also have a large Lucuma tree and looking for scion wood for that too!