Hello all. I’ve been trying to grow a custard apple (aka sugar apple, cherimoya) plant from seeds. I’ve used the wet paper towel method to germinate. So far only two seeds of my ~40 have germinated. When I’ve put those two into soil, they’ve both started to pop up above the surface but the seed “head” seems to weigh the plant down and the “neck” (upper portion of the main stalk connecting to the seed) seems to shrivel and die (see picture below).

Does anyone know what I’m doing wrong? I have it in well-draining potting mix and spray it with water every day or so to keep the soil damp. I have them under a semi-transparent plastic container in a spot that receives some direct sunlight (maybe for half the day), and it’s spring here in Brisbane, Australia. I’m thinking maybe I need to give it more time to germinate in the paper towel before I move to soil? (in the tutorial videos I’ve seen they seem to have sprouted more before they move to soil.) Any advice would be greatly appreciated. 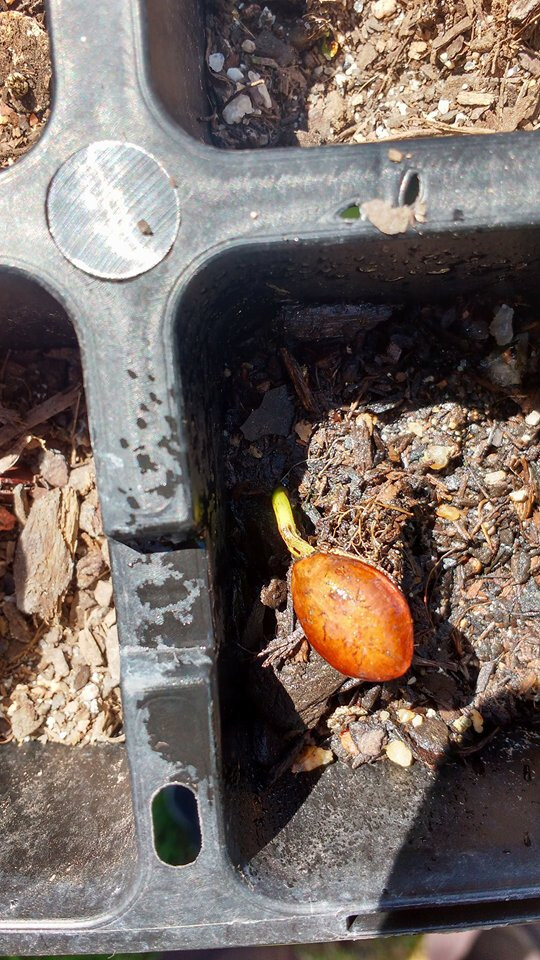 The brown spots along the neck may be verticulum wilt, very common source of death in seedlings. The only defense is to use sterilized soil to get them started. Moisten the soil mix slightly and stick in a kitchen oven in a baking pan covered with aluminum soil at the lowest setting available above 100 degrees C. Check the temperature with a meat thermometer, when it reaches 100 C shut off the oven and let it cool.