@disc4tw I was on your site looking up varieties and I noticed that you wrote that Wells is considered “not worth buying” buy Neal Peterson. I think it would be helpful if you also included the reason that he doesn’t think it’s a worth while Paw Paw if you have that information.

I don’t know the exact reason why, but I believe that description was from the KSU website. If I had to guess, I would say that it is one of the older “cultivars” and is probably too similar to a run of the mill wild variety to be worth the trouble to seek out compared to many of the more recent improved cultivars available.

I’ve been told there are 2 Wells in circulation, the original that won the contest and a “fake.”
I wouldn’t grow it unless I had many acres of trees.
Speaking of Neal bagging on Wells -
That reminds me of the 2016 pawpaw conference in which Neal’s denigration of the Wilson cultivar was hilarious and became a running joke.

had to be there, perhaps.
Regarding ordering pawpaw trees - my only advice is do NOT buy bare root.

Regarding ordering pawpaw trees - my only advice is do NOT buy bare root.

I would absolutely agree it’s a safer bet for better developed trees and named cultivars. We had purchased 50 seedlings as part of reforesting the field at our office from a local nursery that came as bare root for a great price. I haven’t been to the office in months (field work and covid) so I am not sure how our drought treated them this summer. If any survived I’m hoping to graft onto them in a few years, if not then we’ll replace and try again. I will say having a Dibble bar makes planting them easier on a large scale by hand, but there are other effective ways too. We had also tilled the entire field with a tractor prior to planting.

Oh that’s cool that y’all planted all those!
Right - as a home grower spending 50-60 bucks on a premium cultivar, you want the best odds for
survival (shipped in container).
For grafted trees I also try to get ones for spring planting that were grafted the previous spring. I don’t want to plant a tree in the fall that was just grafted a few months earlier. I want to know the graft is sound and made it through one winter.
Maybe I’m overly cautious.

I think that is a great way to do it when possible. At my house I am planning on grafting an NC-1 scion onto a seedling I “borrowed” (with permission) from our work planting. I had previously purchased an NC-1 but only the rootstock survived. I am thinking if it comes back up I may try to re-graft it in a couple years too. Compared to our office planting my at home strategy is more similar to yours.

Great start! Would also be great if you could rank them by traits like taste and annonacin (acetogenin) content, etc…

Thank you! Do you have a good source for acetogenin testing results? For what it’s worth, I remember reading somewhere that Prima is on the higher side of levels in the fruit. Also making sure you know that seeds won’t necessarily carry the same characteristics of the parents. I’d guess based on that request that you are interested in the self-fertile aspect of that cultivar and that may not transition to it’s offspring.

KSU is starting to say in their presentations, etc that all pawpaws may have some degree of self-fertilization. Not to say that some may display more than others, such as possibly Sunflower or Prima.
I would never bank on a tree being self-fertile; I would always plant 2 or more genetically different trees (which of course seedlings of Prima or anything else would be).

I have never tasted Prima but the vibe I get about it is that it’s a mid-tier variety (with Peterson, Lehman, and some KSU as top-tier). I don’t see a lot of enthusiasm about it. It’s not one I would plant unless maybe i were in Europe and thought due to its selection coming out of Italy (right?) that it would be adapted to my climate.

Acetogenin levels of cultivars would be an interesting datapoint, but I don’t see that being available for a very long time…we don’t even have a nutritional profile that doesn’t include the skin, or good data about chill hour requirements, etc.
Pawpaw is still in its infancy in terms of agricultural data compared to mainstream crops and fruit trees.

ordered a couple unnamed seedlings to try to grow in my z4. planting them on a south facing wall of my house to protect them from the cold wind. should easily be like z5 there. what cultivars do you all recomened i graft for my climate that would ripen in my short summers?.

In addition, there are a few others under my “coldest hardy” category that should ripen early; PA Golden #3 being a choice that is supposed to taste good. Going off of the choices Brady mentioned, I’ve heard good things about Summer Delight and NC-1 taste - wise with the qualifier that NC-1 is known to be a lighter producer than some other cultivars. That being said I am planning to grow an NC-1 in my tiny yard.

Well, a few varieties have been tested…

Sunflower is supposedly actually low in annonacin. And, I assume that Prima 1216 is too, since it’s one of its offspring. This combined with the fact that they are both self-fertile and Prima 1216 bears prolifically early (in years) and is great-tasting…are why I want some (Prima 1216)!

Anyways, after trying to find some consistency amongst many varying opinions, I compiled a few Pawpaw notes in general. Keep in mind that these are generally just casual opinions I found, not necessarily all scientific!

Prima 1216 is a great pawpaw cultivar in our experience and is far superior to most. It is very vigorous and precocious and comes into bearing early (we got 10 lbs of fruit in 4th summer from planting). The fruits get quite large and plump, many over a pound. The flesh has perfect firm yet silky texture, never goopy. They are very sweet and mild with no strong or off flavors. Seed weight is fairly low. The skin is thick and durable so this would make a great marketing cultivar. It is very consistent and always produces a large crop. It was the ONLY pawpaw in 2020 that produced fruit for us due to very poor spring weather, late freezes, etc. It ripens late which stretches the pawpaw season considerably. In KY it ripens around the first week of October, so may be too late ripening for northern growers. Seems to be resistant to phylosticta.

Prima 1216 is one of my top picks for sure. People should get excited about this one! 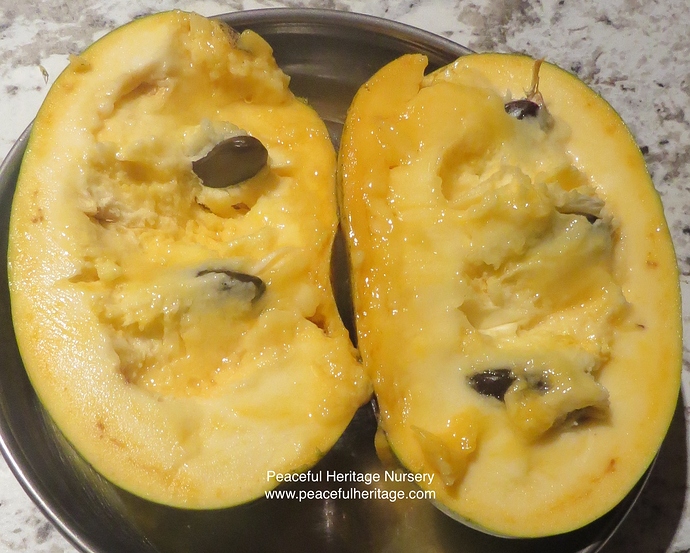 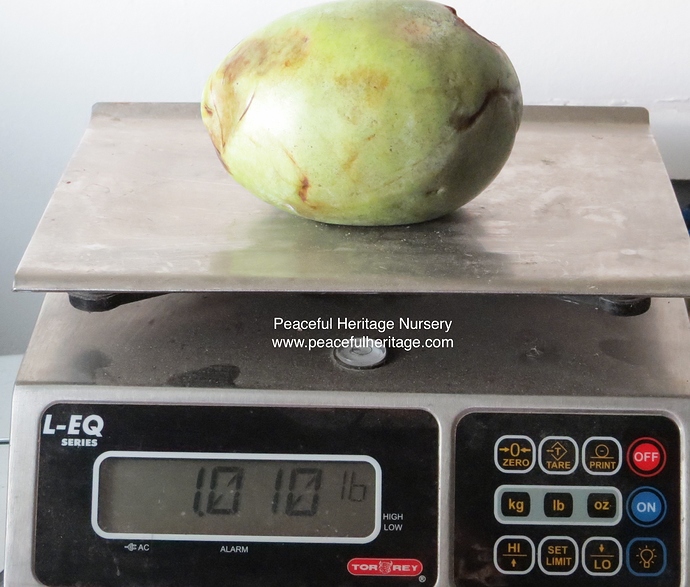 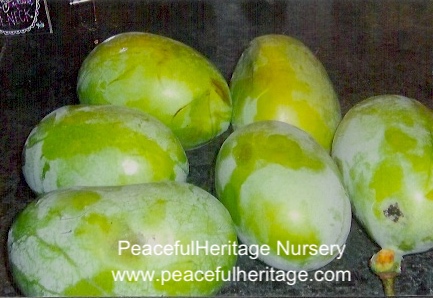 Good to know! Thank you for sharing info about it.
Fungal resistance is high on my list for sure.
I’ll have to try one some time

I did have some earlier but they are spoken for now. We do have other excellent genetics available at our website www.peacefulheritage.com

What makes you feel that “Maria’s Joy” has the best flavor? Can you describe the flavor?

I went back and took another look at England’s Nursery website. I usually make a few trips each year to interesting nurseries and I decided that since they are only 3 hours from me, this is definitely one that I should visit and get some trees and scion wood from. I called and got the information I needed to make that a reality this spring. Thanks again for the recommendations.