They have a very interesting growth pattern.

Can’t believe everything you read on Wikipedia. That middle website link said some nice things about this berry. If I can find seeds, I will try them. Thanks!

Poor flavor is definitely not true! They have an aromatic flavor, not so intense as musk strawberries.
It is more different from an ordinary strawberry flavor. At least the one cultivar which I grow. 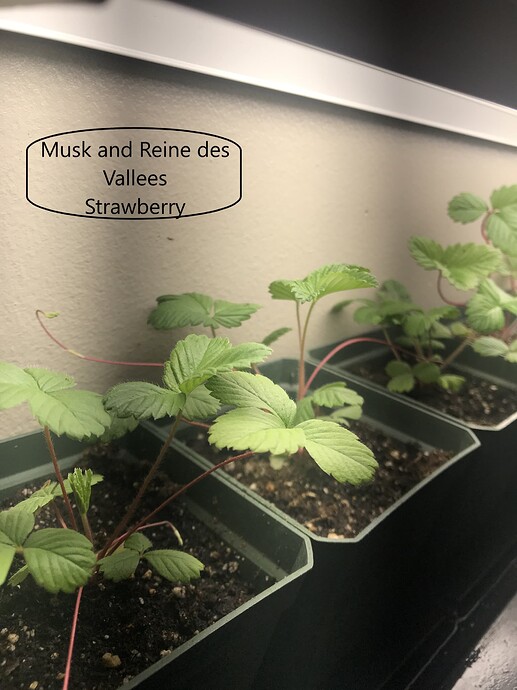 I have 3 Musk and 4 Reine des Vallees

I’m planning to start all the other varieties in about a month so that they will be ready to be planted outside when they get this size.

I hope you will have soon enough plants. I forgot if reine des vallees produces runners too.

If not, the non-runner producing strawberries have a lack of GA if you treat them with GA3 they produce runners too, in case you want to propagate them fast

Yes, the Musk are producing runners already. I am planning to put empty pots next to them to root them in.

Thank for the tip about GA3. I looked it up and read some of a study surrounding that and also benzyladenine (combined).

it makes no sense for propagation.

But I was curious and wanted to try it and see if it worked. strawberry from cuttings. it worked.

you can cut the fruit branches and put them in water, roots can form where leaves or branches fork

There’s a patch of wild strawberry in my yard, growing in a neglected part of the lawn and survives well without any mulch or watering, weeding etc. We just mow over it, the plants are so low to the ground they go under the mower. The berries are tiny like under a half inch so I didn’t think much of them, and now reading the descriptions about taste I want to try them. Next summer I’ll collect some for seed and try to growing them in a bed with some compost etc and see what they’re like.

I don’t know if Fragaria vesca is also native to North America, if you mix it up with the native Fragaria virginiana the taste won’t be as aromatic.

it is interesting our garden strawberry is a cross between a north and more south american strawberry (F. Virginiana x F. chiloensis) but is very popular with the “old guards” who normally reject any exotic fruit.
The same with potato, tomato and corn…

our wild strawberry here are likely the same you have there. they are time consuming to pick but the flavor is fantastic. my parents used to bring us to fallow fields to pick them in early july. it was a all day affair. we would come home with about 4 gallons between the 5 of us. my mother would make strawberry shortcake, a few pies and some jam. try putting a little sugar on them then put in the fridge until the juice comes out of them. add a little cream. i also do this with my alpine strawberries. delicious and easy.

My last photo was a bit old, but I wanted to post something about this project. I had decided to put the plants under some led grow lights that I have set up in a different area about 3 weeks ago: 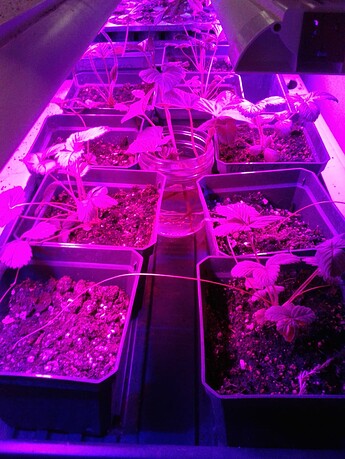 I removed them today and placed them back under the regular lLED lights: 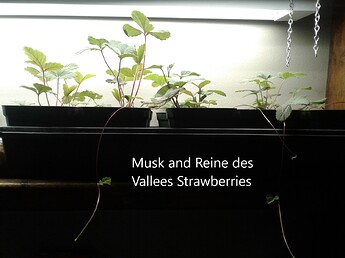 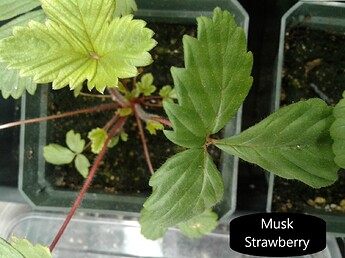 I also removed some of the runners to get roots started on them: 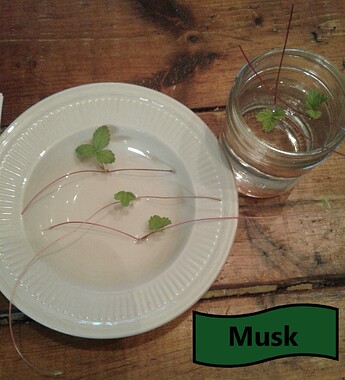 are the normal leds also extra plant leds?
I would let the runners root more before cutting them off the mother plant

pot growers call them blurple lights. they tend to be the cheaper leds. higher end ones have a whiter light. i have 1 and it grows near as good as my white higher end led.

it came out more and more that plants need more than just 450nm and 660nm to thrive healthily. white leds have this nice peak in the blue 450nm

Yes, I did some like that and did a few as pictured, just to see what would happen.

they tend to be the cheaper leds.

The grow lights that I bought weren’t cheaper than the reg. LED lights. Things tend to grow better under the grow lights, but not so much that I would replace all of my LED lights.

Here is a spectrum of a common grow led. 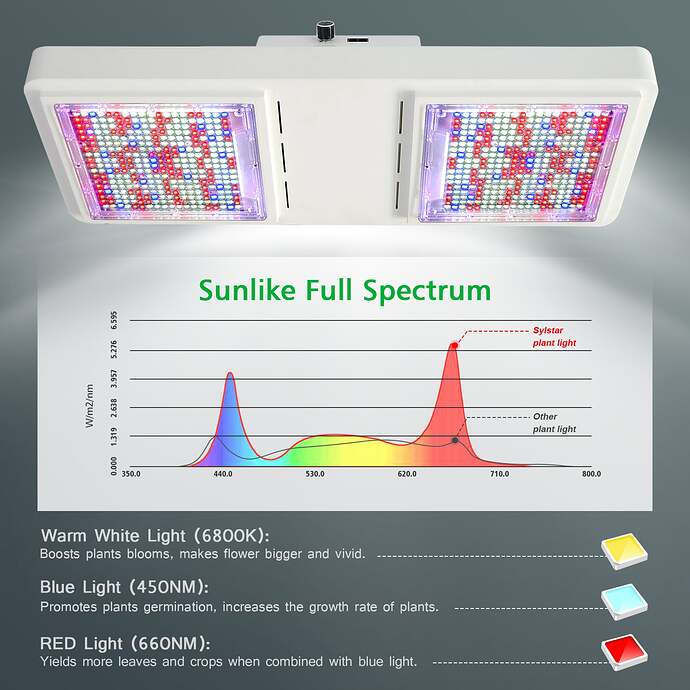 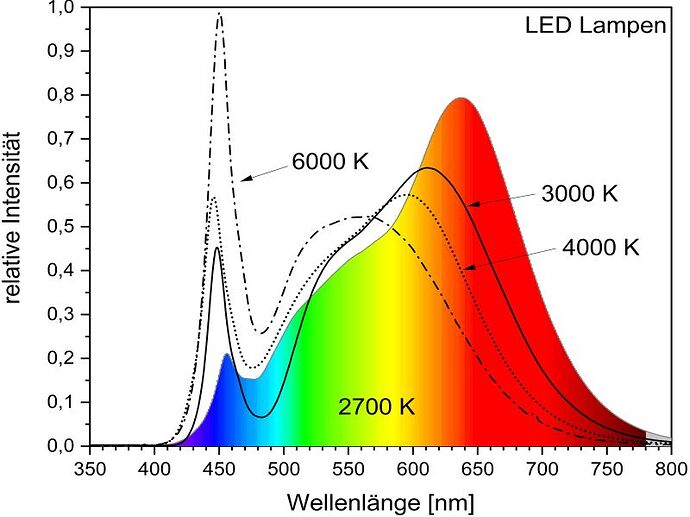 I don‘t what Kelvin your white led has, I assume 4000 Kelvin. You can see on the spectrums it can be useful to put some extra red 660nm to your white leds