Bought four trees two years ago and at last they are starting to flower! (one even has some fruit set) I have a friend in Puna who grows these and he says they taste quite nice-- kind of like a true northern cherry but uniquely distinct. I can’t wait to taste them for myself!
The tree is related to guava, strawberry guava, and Surinam cherry-- all of which I love! 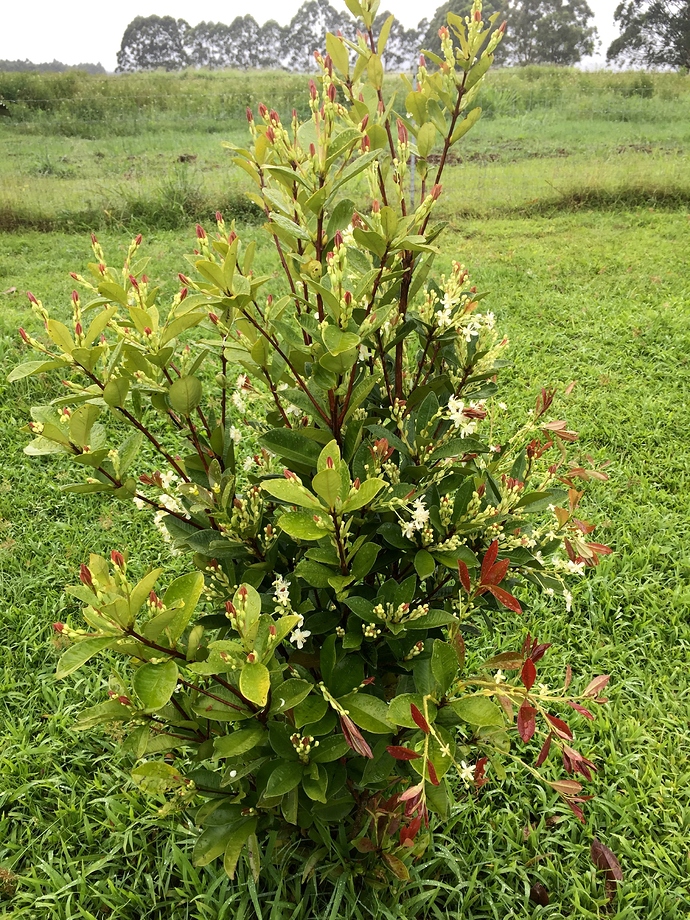 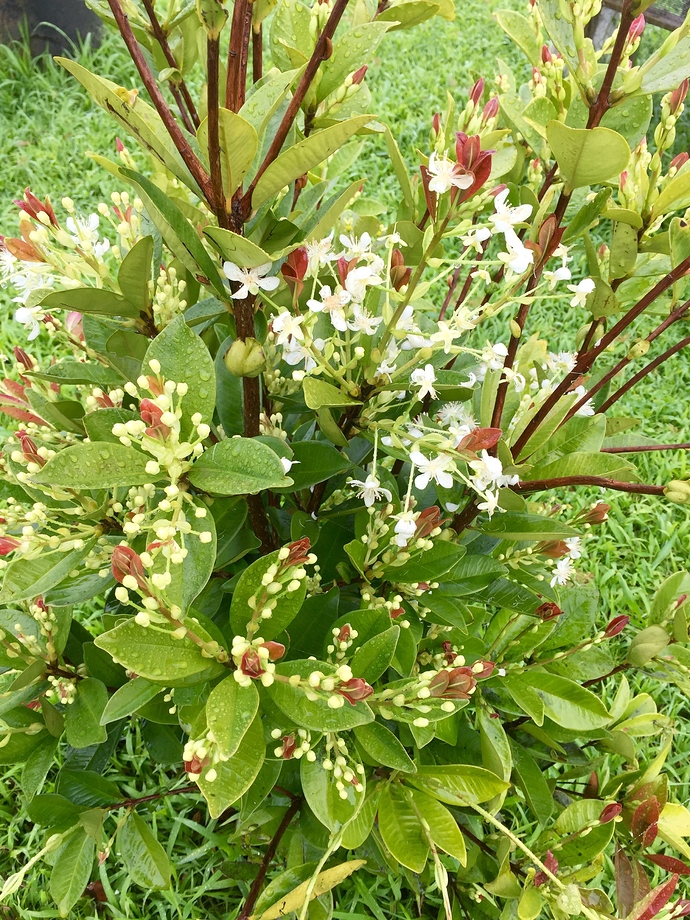 Wow, loaded with flowers. Nice tree. When the fruit ripe, let us know how the taste

I really like both the plant and the fruit. I discovered though that the late summer Santa Ana winds in Rancho Penasquitos tortured the plant every year with both heat and single-digit humidity. Ultimately I moved a potted specimen in a shade structure and it did a little better. When I moved to Vista 3 years ago I donated the plant to a local colleague who has a climate-controlled greenhouse.

Hey @Richard! Your experiences are interesting. I see that you’re also growing a really nice COTRG and I was wondering, how does it compare with Grumichama? I ask because I’ve considered trying a tree for myself, but I’m wondering how similar/different the flavor is. (fruits do look quite similar)

Also, have you ever tried growing pitomba? (Eugenia luschnathiana) I’ve had terrible luck with apricots here, and this fruit is said to taste a bit like one. Although I’ve also heard it likes cooler weather, so it might still be a pain to grow here! lol

also growing a really nice COTRG and I was wondering, how does it compare with Grumichama?

They are different but well worth growing.

Also, have you ever tried growing pitomba?

In my opinion it’s more of a curiosity than a crop. The fruits are about the size of a large blueberry and have less flesh than seed. 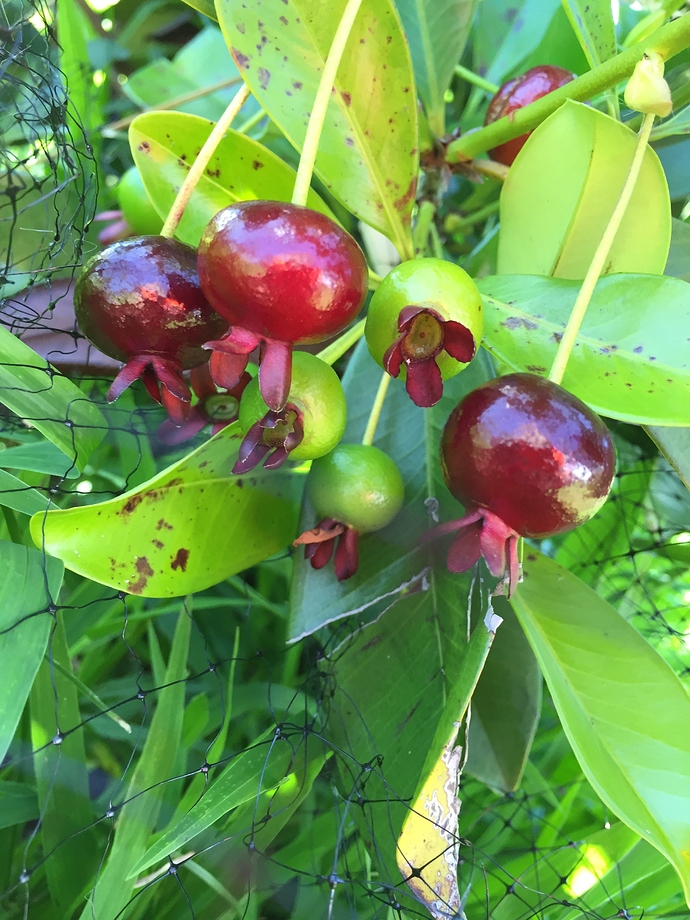 They taste very nice! Not totally like a true cherry, but a good substitute if I do say so myself. Flesh is juicy sweet and the skin is tart with a slight bitterness, more so on underripe fruits. Would also make a delicious pie I think!

Thanks for the info, Richard! I’ll be on the lookout for some COTRG seeds.