Was at my cabin picking some fruits up there in my un-attended Plantings. And a question for those of you growing hardy Kiwi. I really love them when they start to soften, but when they get to that point the pulling from the vine often tears the fruit from the stem. Do most folks pick them when still firm/hard and allow to ripen off vine? 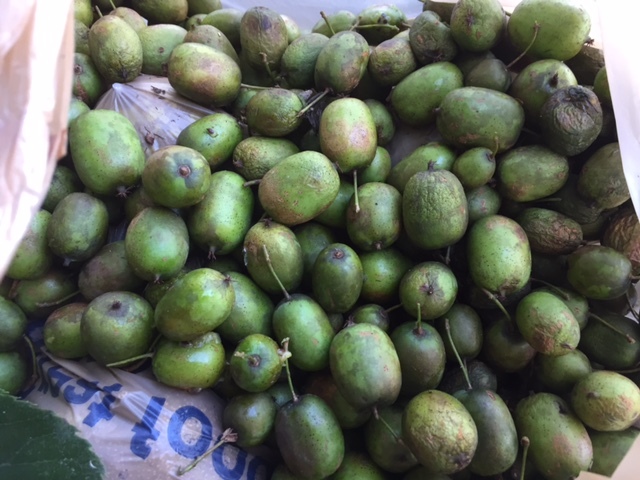 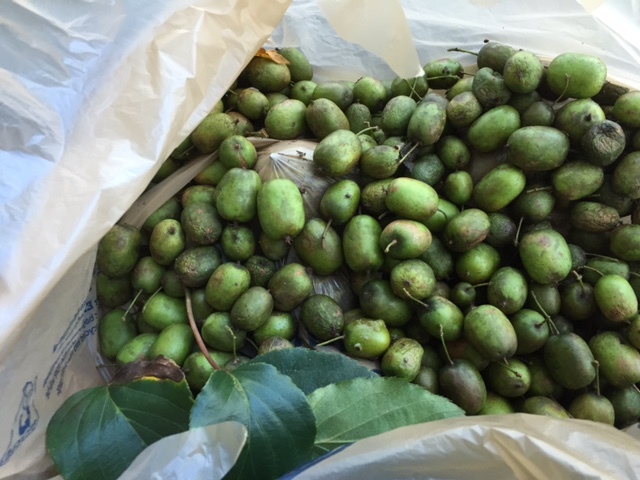 I prefer mine super ripe, even a bit wrinkled. But with the fuzzy kiwis I can’t ripen them on the vine so I pick and ripen in the fridge and they still turn out great. I suppose the same thing could be done with the hardy kiwis. But, I never tried.

Speaking of Anna I should go out and look at mine…

Thanks Scott, I like them super ripe as well. I have seen you post about ripening fuzzy off the vine, but as I am not often up there with them hoping I can these as well. I find if I left them wrinkle on vine the fruit often tears picking it. fine for direct eating, but not real appealing for someone later.

Hardy kiwi can be picked firm and then they will continue to ripen (slowly) in refrigerator or quicker at room temp. I’d wait until the first wave started to ripen in the vine and then pick the rest.