They are very good here because of our 100 degree days but im told in some climates they are not as good.

I’m thinking to get an Harrow Sweet pear… what do you think about it?

this thread makes them sound great. I’m wondering where is best to get one for spring- likely a seedling as I don’t have pears growing to graft to

I’m in eastern WA. high desert, cold winter hot summer. which is going to produce better and be better tasting here? anyone? if it’s doing good in Kansas or the dry prairie it’ll probably be good here

eastern WA is one of the biggest pear growing regions in the world but I couldn’t find anything on harrow pears grown there… my guess is they’d do great, but no data

I haven’t been able to find any for sale here this year earlier, I’ll be looking in the fall. I have room for one pear tree. I’m running out of space finally. just this and jujube left to go

I have a Harrow Sweet grafted on a Harrow Delight. Still a long way off! I could send scions in Feb. Remind me then. What pears do you have? 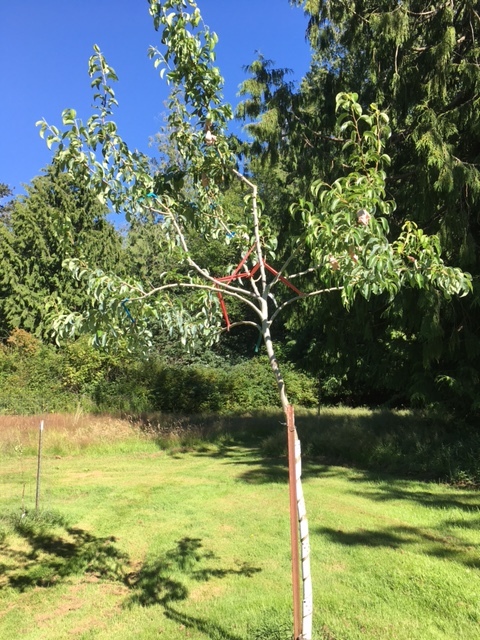 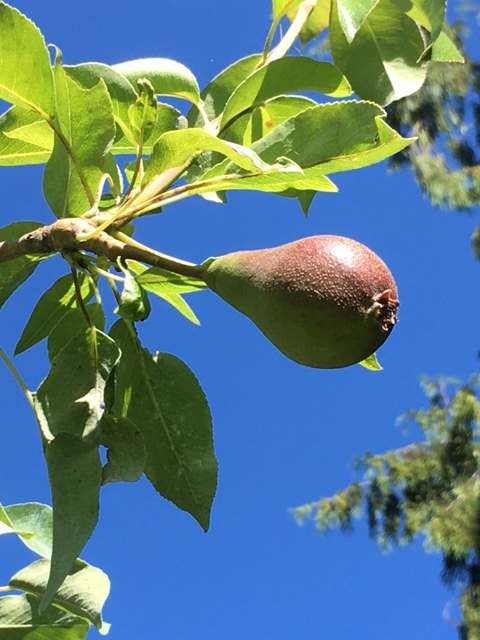 none! I’ll have to look for good rootstock or a bare root

My two harrow delight pears were delicious. Here in southern California, by the time the tilt test worked, the fruit was a little overripe. It was better if I just checked the fruit near the stem for slight softness. Once it’s slightly soft, I take it off the tree and let it ripen a few more days on the shelf.

What I also found interesting was that none of my harrow delight pears had seeds. I’ve read that pear trees can produce fruit in southern California without pollination. I’m not sure if this was an example of that or not.

My second year harrow delight graft ripened it’s first pear. It was slightly over-ripe. I wasn’t expecting to have pears this early. I just happened to see that yellowish green color on one of the pears. I’ll have to pick the rest before they get that yellowish tinge to them. 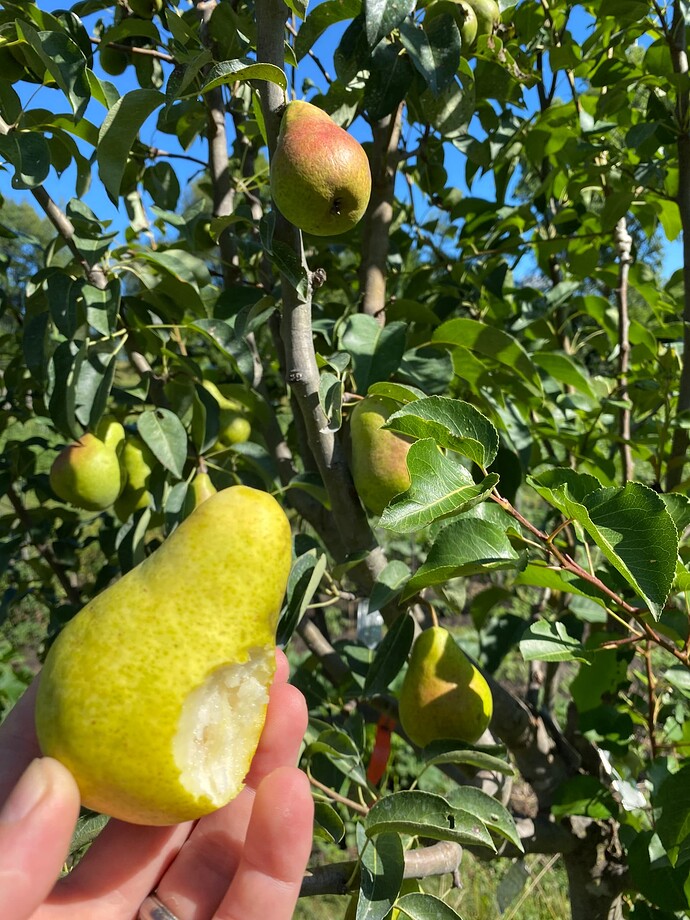 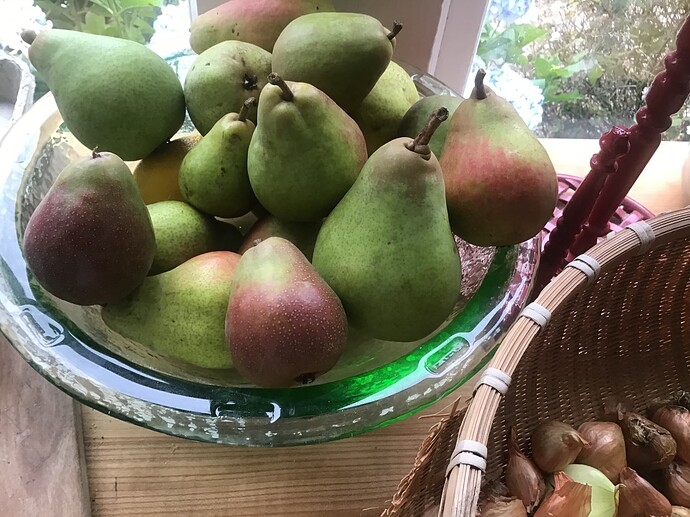 Are butirra morettini always small? I have a 2nd year graft producing right next to my harrow delight. The morettini are very small right now. I thought they were supposed to be med/large.

Most of the morettinis coming off my tree are medium sized. For whatever reason, they look smaller in the picture.

How does everyone like harrow delight so far? They seem to have a very good taste in warmer climates! They might in cold climates as well but i have no experience with that.

How do you rate Harrow Delight against H Sweet?
Do you think they would fruit as early on Euro pear seedling rootstock?

Hi all, first post for me here…
I am thinking of planting 2 pear trees in my backyard. My ideal harvest time would be mid-August to mid-September since I have nothing else ready around that time.

After doing some pear tasting of many different pears, I found that my favorite pear was Harrow Delight. The ones I tried tasted amazing, like a pear dessert!
I also like the bartlett when it is ripe. But these I found were much sweeter and tastier than every pear I ever ate.

From reading this conversation here, it would seem they may not do well in cold regions? Even though the orchard I tried them is not so far from my place. I am in zone 5 bordering a zone 4b. Also they won’t get full sun all day. Maybe 8hrs of sun.

So I am wondering if it makes sense to plant the Harrow Delight. If not, are there varieties that would taste very similar to it?

Noone really knows for sure how they will do there we know they did ok at the Harrow station in Canada which is pretty chilly. It may be a combination of factors some climates have issues with. @mamuang and others have a tough climate for some of my favorite pears like harrow delight and drippin honey. An equal amount of people have great luck with both pears. When in doubt a later pear everyone has great luck with is harrow sweet which ripens in September in my zone. It is slightly higher quality than harrow delight. If you like bartlett it makes sense you like harrow delight. Yes you guessed it harrow delight was bred using the cross (Old Home x Early Sweet) x Bartlett.

I am wondering if I only plant a Harrow Delight and a Harrow Sweet, will they pollinate each other since they have the same parents from what I have read.

Although it does not mean it’s an efficient match. Not sure how to confirm this.

Pears like these will pollinate each other fine. Harrow sweet you should know in advance produces to many pears already. The match will be more than efficient enough.

Clark, I’d hate to reinforce your stereotype of us all being Eskimos, but Harrow station is one of the southernmost towns in Canada. It is on the edge of Lake Erie and further south than most of Detroit. The only part of Canada that is milder is Vancouver island on the west coast. Pears are newer to me, but here in Canada zone is important, but so is the length of the growing season. The town of harrow is in zone 6. @virtualpaul Harrow delight will ripen in your time frame. Harrow sweet will often run out of growing season.

I’m ignorant to just how cold it can be there since -20F is a cold winter here. At our location 100F is fairly common for the upper limit in the summer. Harrow delight pears are very good pears but in my location they ripen just as the june beetles and japanese beetles are arriving. We like harrow delight so well we likely have a dozen or more trees.