Help identifying and removing giant weeds that choke out fruit?

We have some giant weeds that are a leftover from the previous landowner. These may have been desirable plants once but they’ve become giant weeds at our house. I’ll include some pictures below.

We do t have pictures of the mature plant, but it has big leaves that look kind of like Jurassic period plants. when left alone, it grows everywhere in the yard, has roots at least three feet deep, seems to grow from root suckers far away from the original stalk, and had hollow stalks when they are cut.

I know this would be a lot easier if we had saved photos of mature plants. But does anyone have guesses as to what it is and how to deal with it? 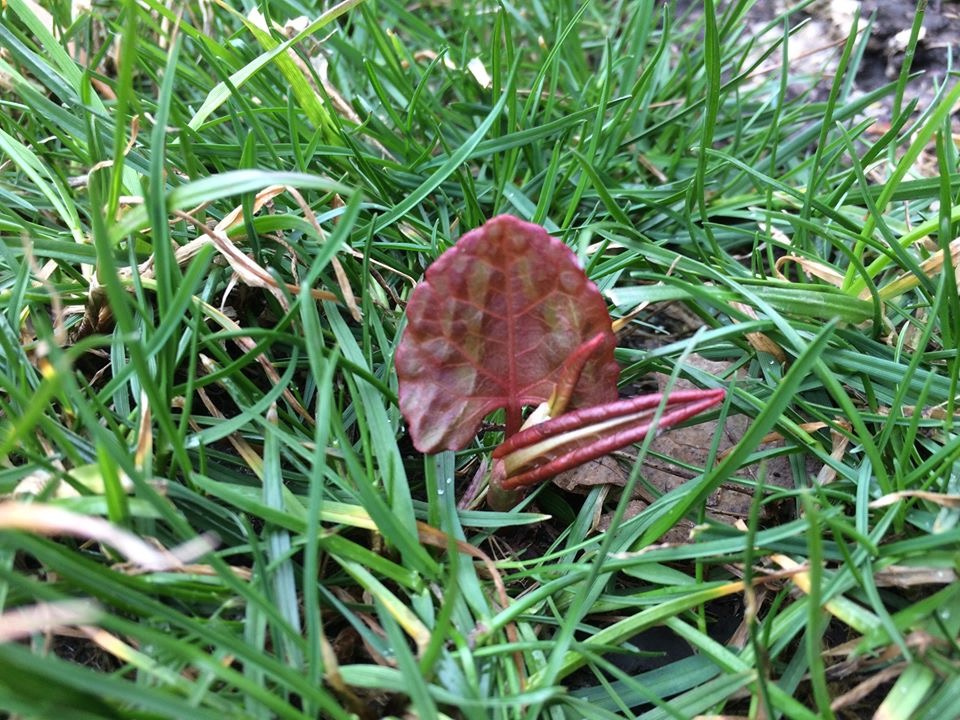 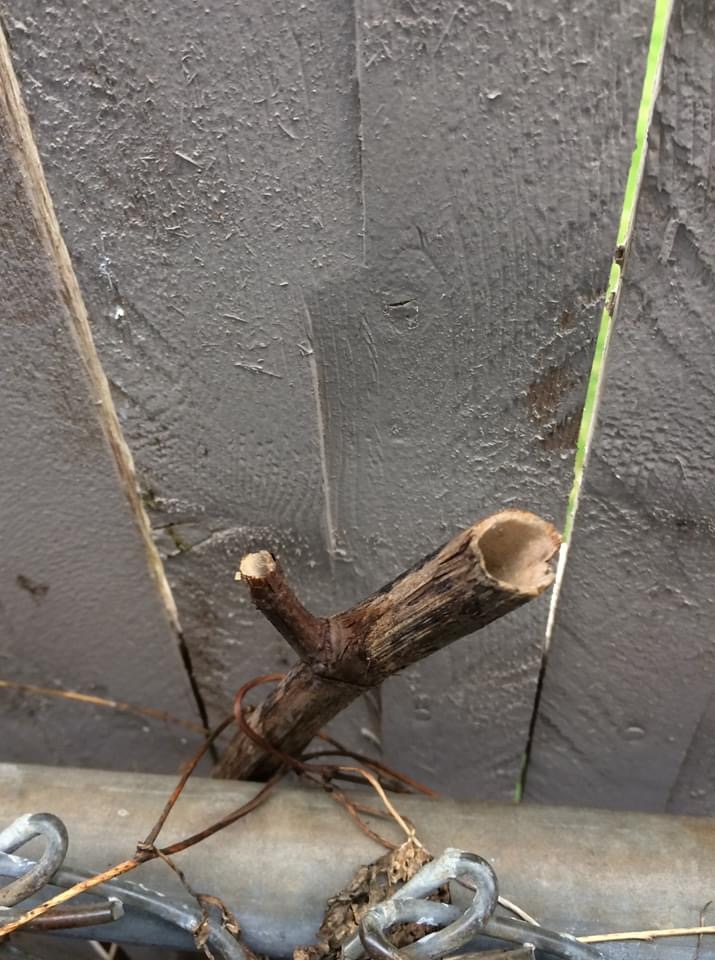 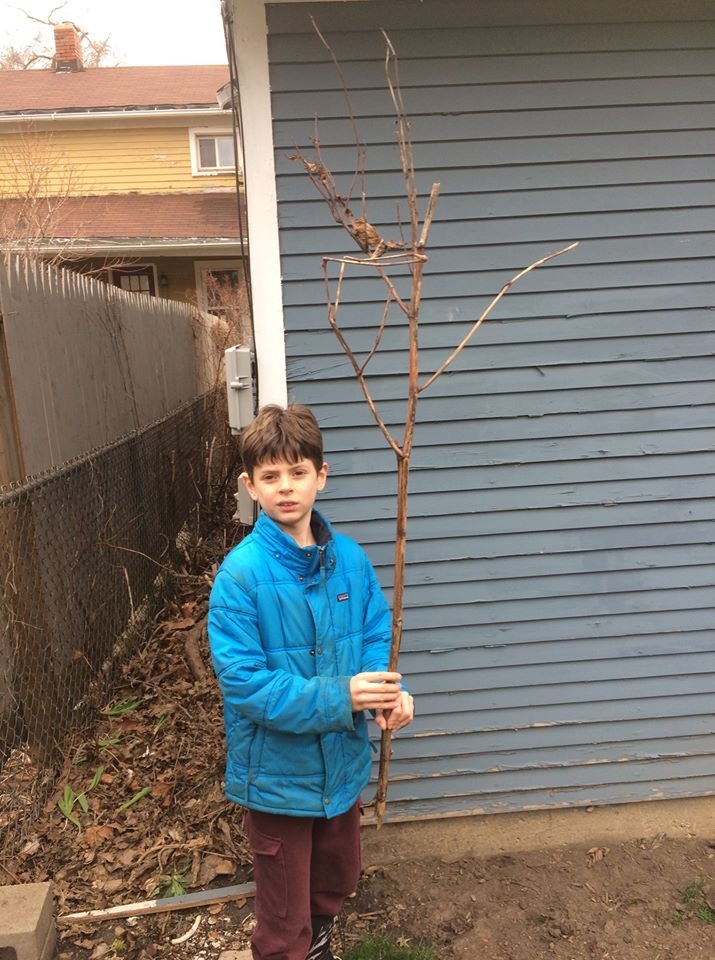 It’s super vigorous. It can grow back quickly when cut and can get as much as 8-10 feet high.

That looks like Japanese knotweed to me! The best way to combat it is persistence. If you have a small area of it, keep pulling every shoot you see. Don’t let it grow and store more energy. It may take more than one year.
If you have a larger area, herbicides may be more effective. Timing of herbicides is important to get the desired effect. The document I link below recommends herbicides in conjuction with mechanical removal. Good luck!

Yep, Japanese Knot Weed. Here in NY the DEC may help with trying to help eliminate it.

definitely j. knotweed. stuff is damned near impossible to kill! its all over the fields around here and I’ve yet seen anyone successful in killing it completely. a friend has it on his property. he’s used every herbicide including hiring a professional to kill it. came back every time. even covered the area in a heavy tarp weighed down and it managed to come up on the edge 30ft. away! its been 10yrs. he’s tried to kill it and as far as i know its still there. you would almost need to spray it every time a shoot comes up because if you wait even a couple days it will get the energy it needs to survive the herbicide. its the worst invasive I’ve ever seen! its related to bamboo. no surprise there!

My grandmother loved having it to show off…called it "foot-a-night’.
She passed around 40 years ago.

Japanese Knotweed
At least its edible. You can use it in any recipe that uses rhubarb 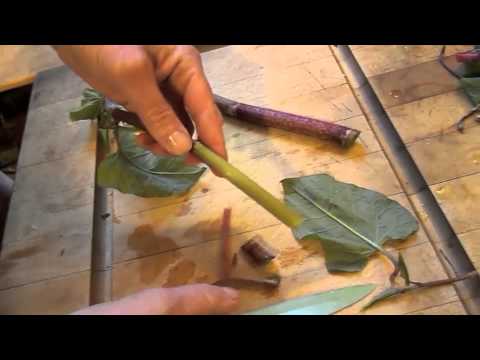 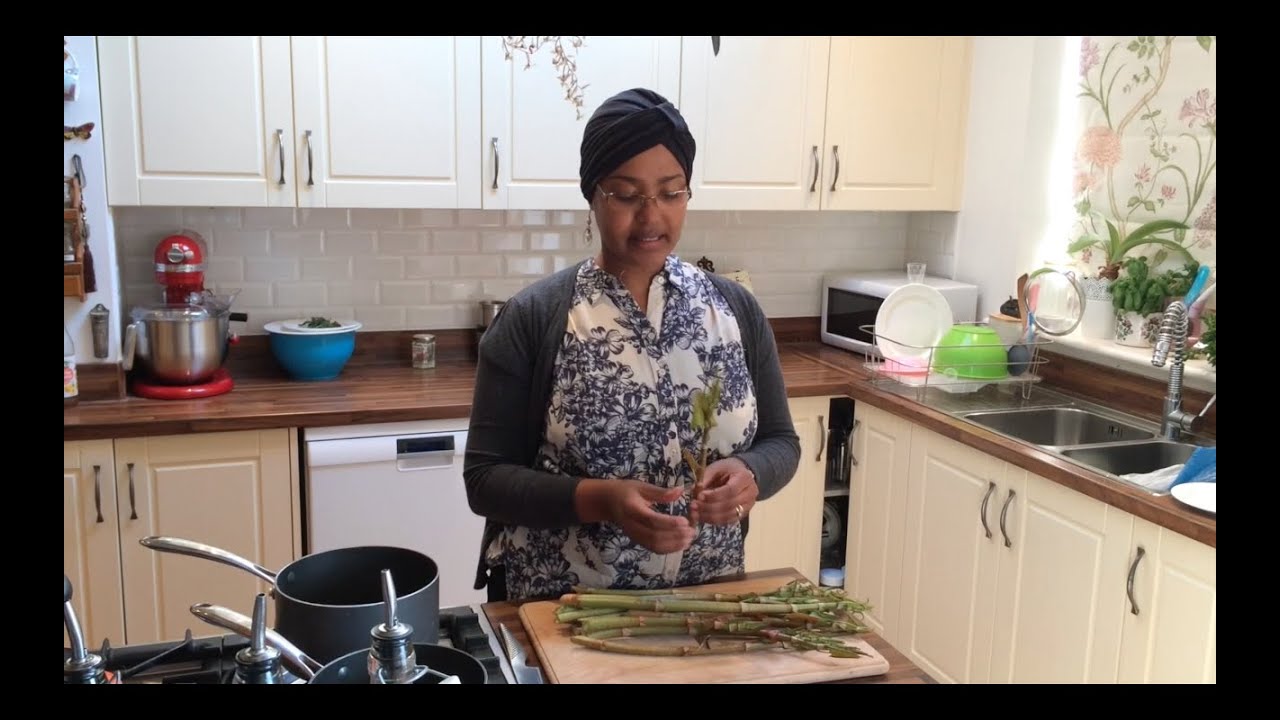 This also seems like an informative discussion of different approaches to knotweed control.

It suggests that small patches can be effectively controlled by persistent removal of vegetation, but you have to be careful because you can end up inadvertently propagating the stuff.

Among other things, it also mentions using goats (and other livestock) to eat down the plants, which I thought was pretty interesting.

Goats are always the answer.

My father said that goats could clear a field of Johnson grass. I think he claimed geese could be pretty effective too, but I’m not sure. Don’t know how much farm experience my dad had before I was born, but he did raise goats.

Thanks everyone! We’ve got a plan of attack now. It will be a long process, but at least we know what we are up against.

Goats are good at clearing brush but some pigs would plow for you at the same time and eat the roots on something persistent and perennial. My sisters family were pretty mad about the neighbors pot bellies who rooted up 100+ bulbs they just planted and ate them. My grandfathers pigs once escaped and rooted up a neighbors land. Those people had a right to be angry with our family over that. The people were and are to this day live stock rustlers among other things but my family should have taken better care of those fences knowing how much damage a pig can and will do. My family told me the neighbor damaged the fence to lure the pigs over to steal them. Love my family and i always side with them except in this one exception because part of the land rooted up was a portion of their ancient family cemetary. My family is right about the people and what they are and they did steal fencing, hogs, cows among other things. As much as i dont like the kind of people those are some things in this world are sacred and a cemetary is one of them. My family has had an ongoing conflict with that family since the 1930s when they obtained their family wealth somehow during the prohibition days. My family gained their wealth at the same time running a store , feed store, and gas station with derailed comodity from the railroad. There were not many laws in those days so my family sold milk from their cows, meat from their animals among other things. The pigs were one of my grandparents smartest investments because they cleared off that scrubby land and ate the copperheads at the same time. He used the pigs like a roto tiller. The saddest people who cried the most at his fune ral were those people. They lost an enemy they had for over 60 years. He had fought with generations of them and they loved and respected him because of his brains and his kindness. My grandpas people are widely respected and theirs lots of them all of which are successful.