I have multiple trees of various kinds growing in the same area. They were all planted as bare root at the same time and have received identical care. None of the other trees show signs of stress or disease. However, my Arctic Star white nectarine started showing issues about a month ago. It is getting worse and worse and I can’t pinpoint what is effecting this tree. It is grafted on Citation Hybrid rootstock.

I need help identifying what’s wrong with it. 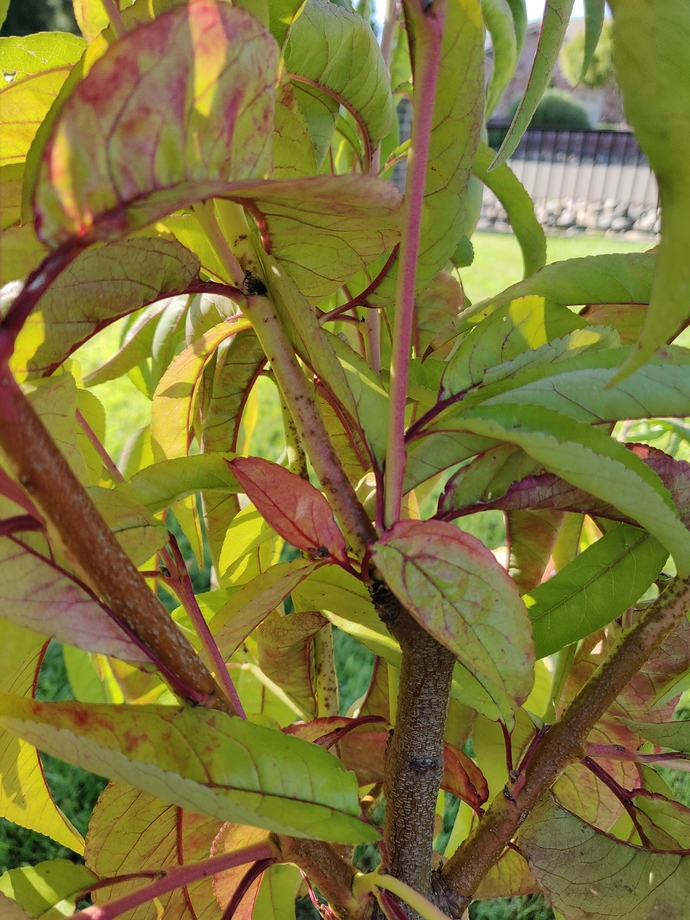 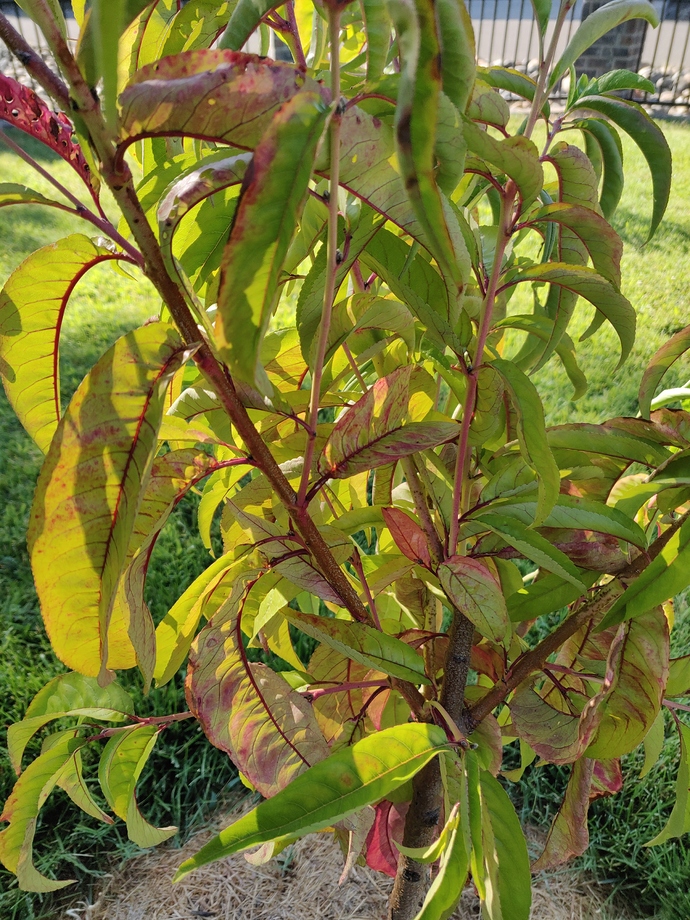 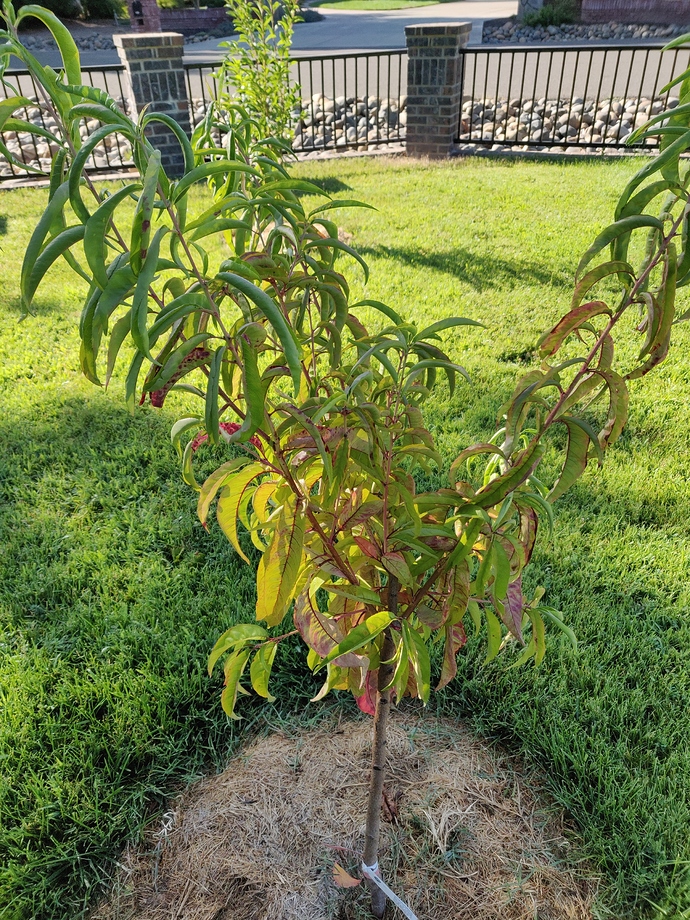 Have you excluded the possibility of fertilizer burn? i.e. too much fertilizer.

Yes. I simply don’t fertilize with anything other than compost, and at times fish emulsion. Neither of which would cause burns. Besides, all other trees have received the same care.

On Citation that could be part of the slow/poor growth syndrome. If it fails to pull out of it next yr that could be the issue. Next spring try adding nitrogen. That’s the other possibility. I won’t try to push it now with more fertilizer.

How about watering? It is often times recommended to water young trees more than mature ones, to help them get established quickly. Keep in mind that soil composition may be different between where this tree is planted and others, which may affect how much water/nutrients the tree gets (and of course the root stock as Fruitnut mentioned). I’d try increasing the amount if water.

Some of the damage looks like bacterial spot, but I don’t think that is the whole problem. If it is a first year in ground tree it could be a nutritional imbalance that should be better next year.

I would do soil analysis, may be leaf analysis too.

It’s been a month, and while the tree is still alive, whatever this is has now devoured the entire tree. No new green grow tips. It’s more red than anything. I’ll take another picture sometime later today.

I’ve been monitoring the soil almost every day. The moisture is consistent and I’ve added a splash of fish and kelp emulsion once. The ground around the tree has always been covered in thick mulch (but never touched the trunk).

The age, location, and soil is exactly the same for all other trees that surrounds this nectarine. They’re all 14 feet apart from each other, and not a single tree besides this one shows this condition. Granted, it’s the only nectarine, but there are plenty of other types of stone fruit.

I shall start watering it heavily soon. Been increasing the water but not to some extreme quantities.

Are all your trees on citation rootstocks? How many of them are peaches and nectarines?