My pepper plant (which produces small sized yellow Bell peppers) has a bunch of small peppers on it. Unfortunately it can’t ripen them outside since the temps are dipping down to the 40s in the evening now.

It was dug up and put in a pot so I could haul it into the garage in the evenings. It had wilted leaves when it was dug up, in the sense that the leaves were very floppy. I thought perhaps it was because we haven’t had rain here for 3 weeks, and I hadn’t watered it.

So it’s been two days in the pot, and I’ve watered it but it hasn’t perked up. In my experience, peppers with water stress will usually start to look better in hours. So now I’m not sure what is going on.

Any ideas? Other than the leaves, it looks quite healthy and setting a lot of peppers.

If you dug it up, you likely damaged the roots which will cause wilting.

I’m sure that didn’t help, but it had this issue before it was dug up, so I think it may be something else…

Could be cold damage, too.

Late-season hot pepper plants with remaining fruit can be ripened by simply pulling up the plant , remove soil, hang upside down in a warm place. This might work for smaller bell peppers also.

Otherwise, you needed to put the plant in a greenhouse or solarium to continue with any fruit production, assuming the plant can recover its health.

Original wilt when pepper was still in the ground can be result of lack of water and cold weather. So the plant was really stressed. Even healthy peppers do not like their roots disturbed and replanting of already established pepper not always successful. For stressed pepper it is twice the risk. Also, as most of the plants, when replanting pepper should be free of fruit and pruned a lot to balance reduced root system with green part. So replanting to ripen the peppers almost never successful. I was able to replant hot pepper once, but I had to prune it hard and to wait for new grows and flowers to appear. And still, by that time aphids appear and after a month of fight I had to let it go to the frost outside as I didn’t want to introduce my new starters that were due in another 6 weeks to aphids.

Thank you everyone for all your help and suggestion. I think I may try to keep the pepper indoors over the winter to, if nothing else, have a head start for next year. Worst comes to worst, it will die anyway.

I’m not so much with fried if the wilted leaves are a response to stress. I was worried it might have a disease.

Well, what’s happening with your pepper? Just curious if it made it

It’s made it! Has two peppers on it now that are ripening.

It’s still a little sulky about being indoors but it will go out again in a month or so…looking forward to hitting the ground running!

My pepper plants are indoors under Led and assorted lights.
Not doing good.
I think I have spider mites and other issues.
Here’s a few photos.
Getting a lot of leaf drop.
I did spray with oil for the mites. 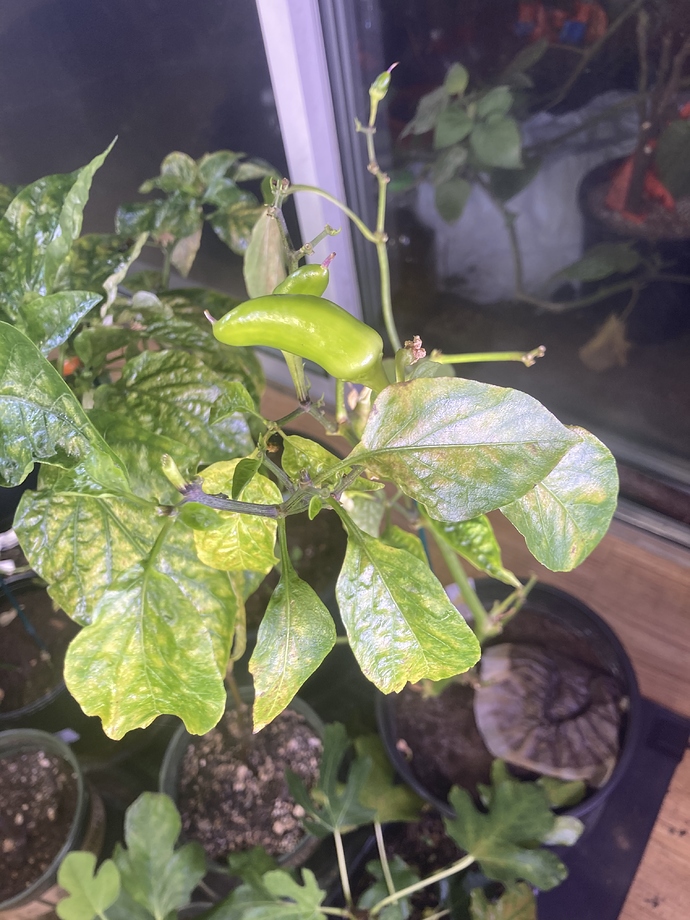 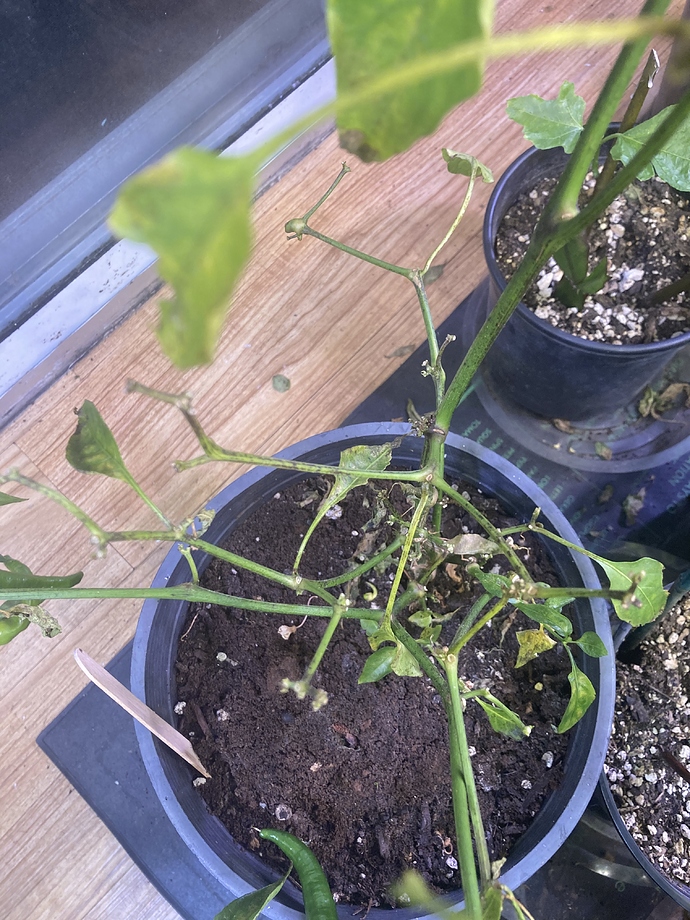 Oil is likely the culprit.

They looked awful before the oil.
I think it’s spider mites.