The old pear trees and the traditional perry are worthy of your time to watch these short documentaries. The apple cider is equally as well known as the perry of the region .

Also check out the Hereforshire Pomona, a classic old book describing cider apples and pears from this region. The plates are very nice pictures of old apples and pears: 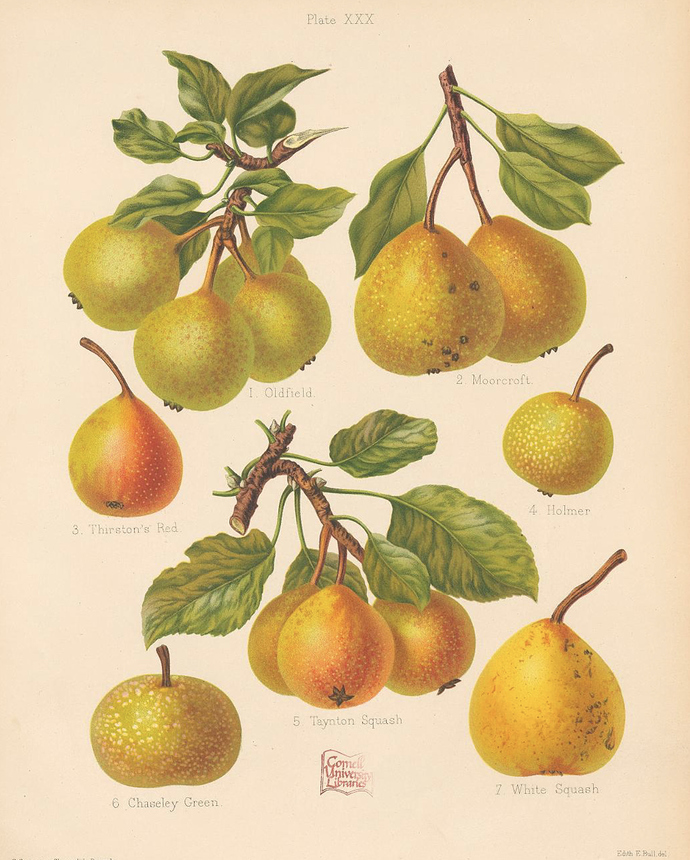 not Herefordshire, but having a bit of cider today:

To make a short story long, several years ago I was laid off due to a company buyout and restructure. At the time we were almost ready to pull the trigger and buy a lot to build a new house. We opted to go through with it despite no job, and our issues compounded when our place sold in like 57 days and then our home lot fell through, twice. The short of that is we ended up in an old, OLD rental house that was utterly miserable (the windows probably had an R-value of “window screening”, the garage was an actual horse carriage house, etc.) and while job-searching I did a bit of experimental cidermaking. Mostly, just buying apple juice jugs cheap, adding various sugars including juice concentrates, and fermenting it out in the general manner cider originally was: a living drink consumed through multiple stages from juice through bone-dry cider (it is also a fart–or six–in every glass, this raw, which is worth considering if you’re going to do this and serve it in polite company).

My wife referred to it as prison hooch, or unemployment hooch.

Last week I got laid off. Spirits are good yet, but by chance I had some apple juice in the house. Topped off a half-gallon jug with a can of apple-cherry concentrate and added K1V yeast. Fermented about 4 days, then tossed bottle into refrig.

Here, in all its glory, is the semi-sweet, very carbonated, and pretty yeasty (read “you will have gas later”) product. It is extremely good, but decidedly better without a bunch of carbs, etc. eaten at the same time for the yeast to party on. Still…pretty damn good.

To you, the fine people of this forum, I give Unemployment Hooch: 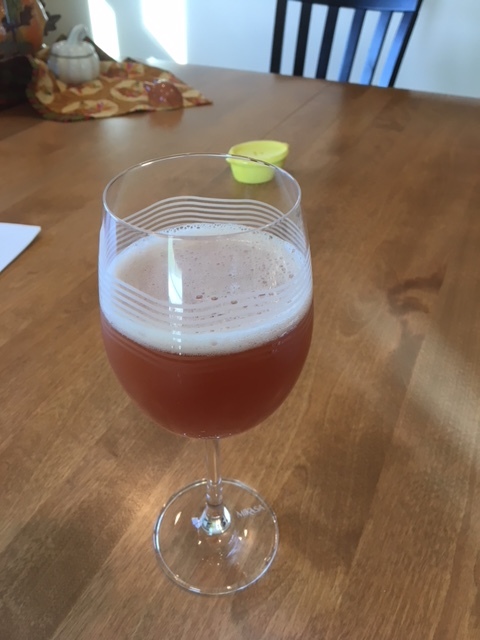 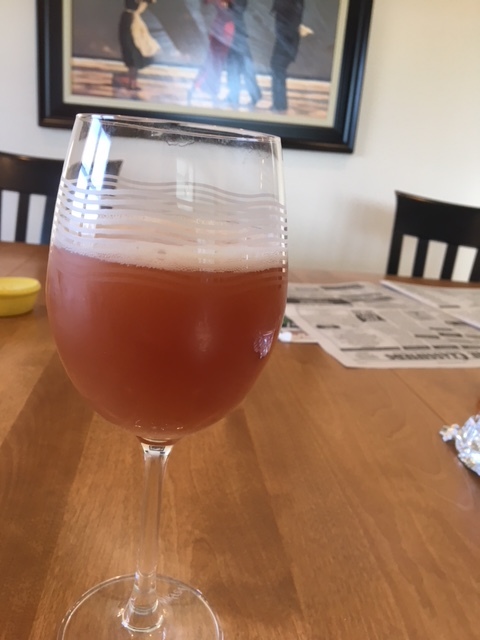 Markalbob, I can relate to the farting. My homemade beer did that to me, but then I was in the habit of swirling that last ounce or so around to break the yeast layer off the bottom before I finished the bottle. Good source or protein, some B vitamins, and eventually, I think good for ones intestinal flora.

Besides, farting’s good for you, especially outdoors!

I hope you find good work as soon as you want it.

Thank you mark, we shall see