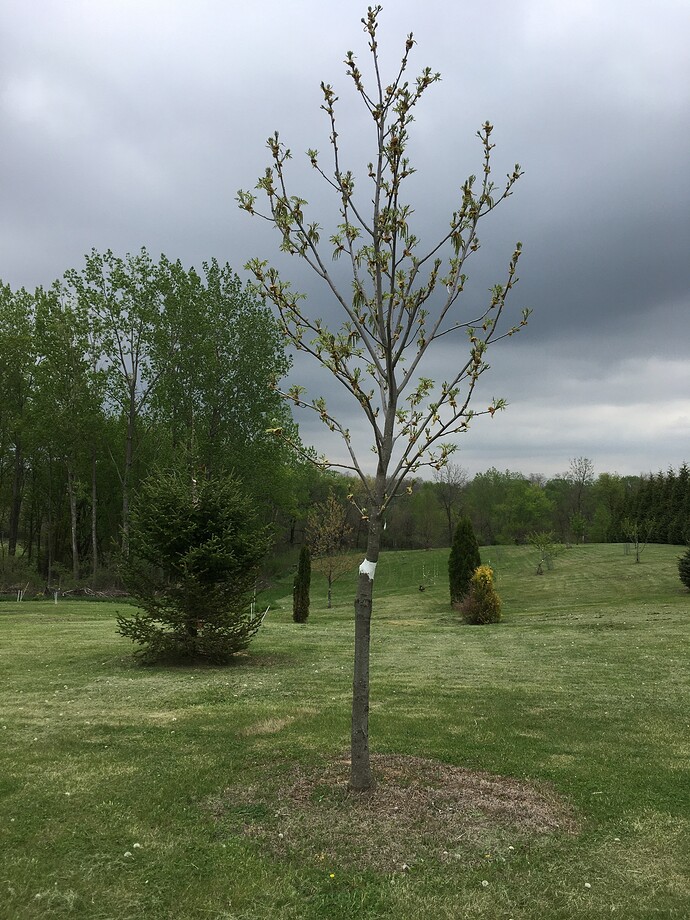 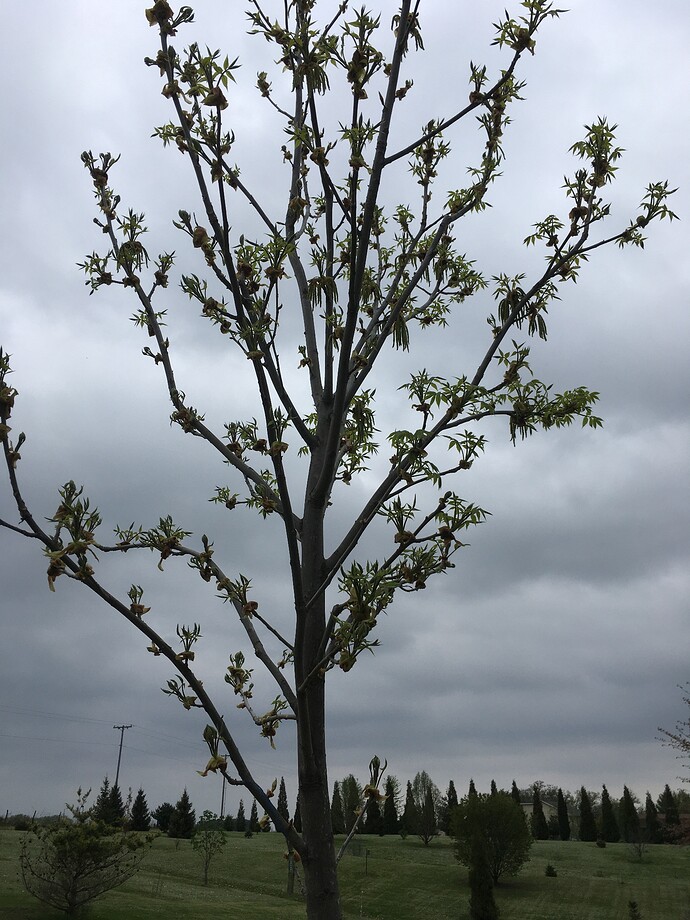 Please add to this topic, thanks.

Fred Blankenship called me yesterday to report that he thinks that my suspicion that Garnett shellbark was probably self-pollenizing was correct, as it has catkins and nutlet flowers out at the same time. He added that Mitch Russell (shag x shell hybrid) has the same bloom pattern, and he thinks Scholl, also.

General rule, if it has both male and female blooms at the same time and the male flowers completely overlap the female, it is protandrous. The genetic reason is that protogynous bloom habit almost always prevents complete overlap of pollen shed with pistillate receptivity.

That demonstrates protandrous with full overlap for Henning.

Grandview - is an older cultivar chosen for early pollen shed and precociousness (early to fruit) - both of which are well sought after traits.

Grandview does not have well sought after cracking (qualities).