Cosmic Crisp is having a horrible, horrible roll-out here in inland Southern California. My first ones from Target (2 for $3.79) were “meh” at best, a bit mushy and bland. Yesterday I saw a bin of them at Smart & Final, and they were the worst apples in the store. Every one of them was wrinkled and punky. I thought the main attraction of them were that they kept well in CA storage? Pink Lady was doing all they could to help Cosmic Crisp out by being almost as bad (Green Lady?), but I can’t see anyone flocking to Cosmic Crisp anytime soon. 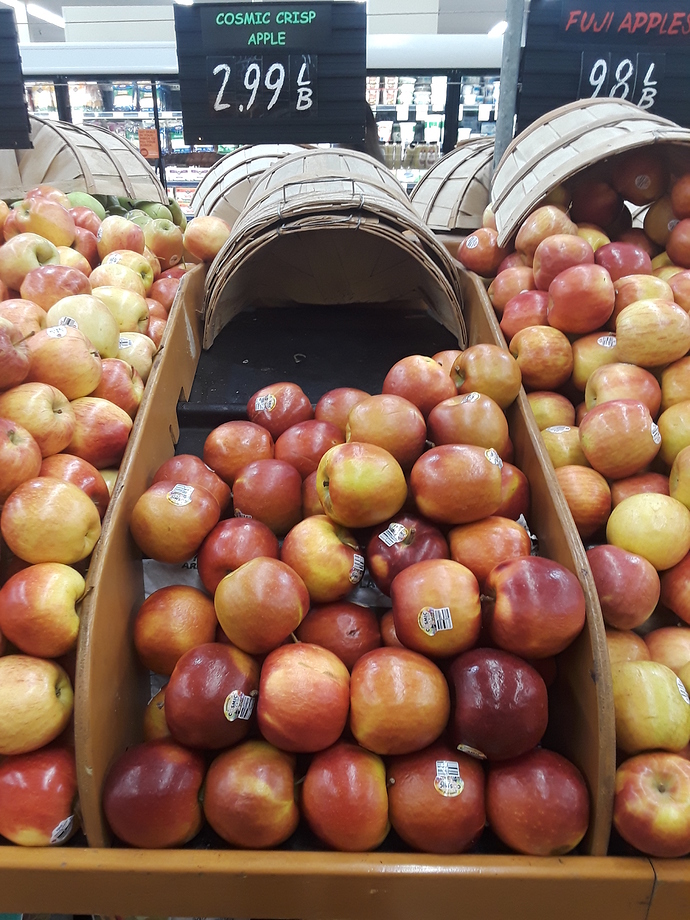 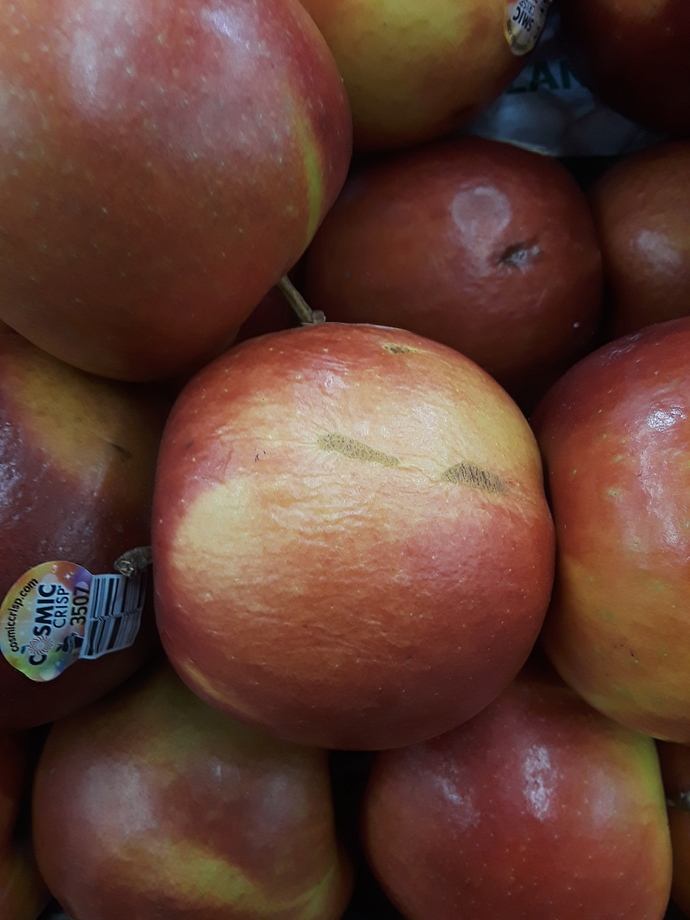 if there was more than 1 apple in that condition maybe the store is at fault for how they stored handled them? have you tried them from another source yet?

Just ate a peeled Cosmic Crisp this morning, and it was very tasty. The skin is undesirable, imo. It was still crisp enough to crack/split as I was cutting wedges.
I agree they may be stored poorly. My local supermarket waits until the club apples look like that before they toss them out. Usually they have been on the shelf for several weeks before they look like that.

I agree. All sugar. Overrated. My kids liked them and then I gave them a Sundowner from the farmers market and they were blown away by how much better they were. My wife likes that Cosmic Crisp does not turn brown when she slices them for the kids lunch. I said just give them the whole apple…