How early can you sex kiwi plants?

Friend of mine was taking down his artic kiwi and asked if I wanted plant material from it, for which I’m very grateful. The only small problem is that the plants have grown intertwine with one another, no idea what was what. I’m starting 18 cuttings in the hopes that about half would take and in the hopes that I get at least two of a given gender, if not three.

How early can you yell boy from girl? The cuttings are leafing and trying to put out flowers (which I’m about to pick so they can actually have a chance to put out roots). This is what they look like now: 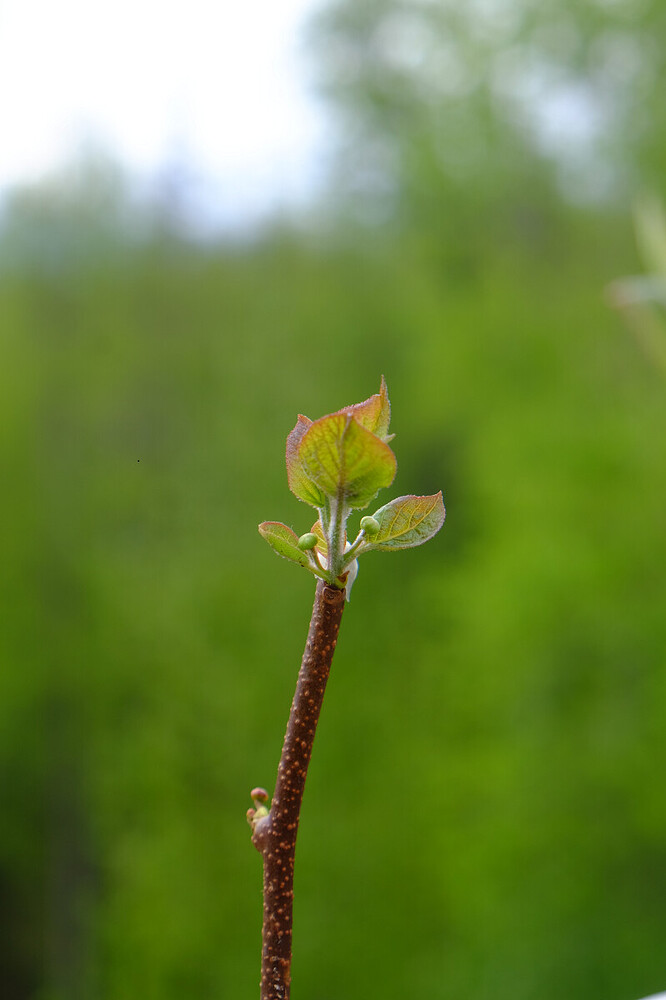 Those are going to bloom, so leave a couple of flowers on each, and you’ll know the boys from the girls soon enough.

Rather than pick all the top-growth off, I’d recommend growing them under glass (most easily accomplished by putting a plastic bag over them secured to the pot with a rubber band). That’ll keep the humidity high enough to prevent the leaves dying, and encourage metabolism, and thus rooting.

For what it’s worth, I’ve had much better success rooting new growth (softwood) cuttings, than dormant old growth with Actinidia