How have the Macs been for you this year

I do not grow any, but I have been frequenting the local NJ farm stands pick you owns for the last few weeks the macs and their kin to be surprisingly unmac-y in flavor this year. Sweet and tart yes, but not so much of the mac thing that I think is sometimes called vinous. I am I loosing it? Perhaps my tongue is aging out…

The Macouns I tasted this past weekend were pretty bland and unremarkable. Usually they’re towards the top of my list.

Those that I had were also missing much their usual twang.

My McIntosh (Linda Mac strain) had great tasting fruit this year. No different from other years. However, my Macoun was fantastic last year and the flavor is not spectacular this year. Grown in Wisconsin. I am hoping the Macoun develops better in cold storage. I have plenty of other apples to eat so I will let them chill for a few weeks.

I have a few macouns from you pick that are in the fridge. I am hoping the improve but not expecting much. 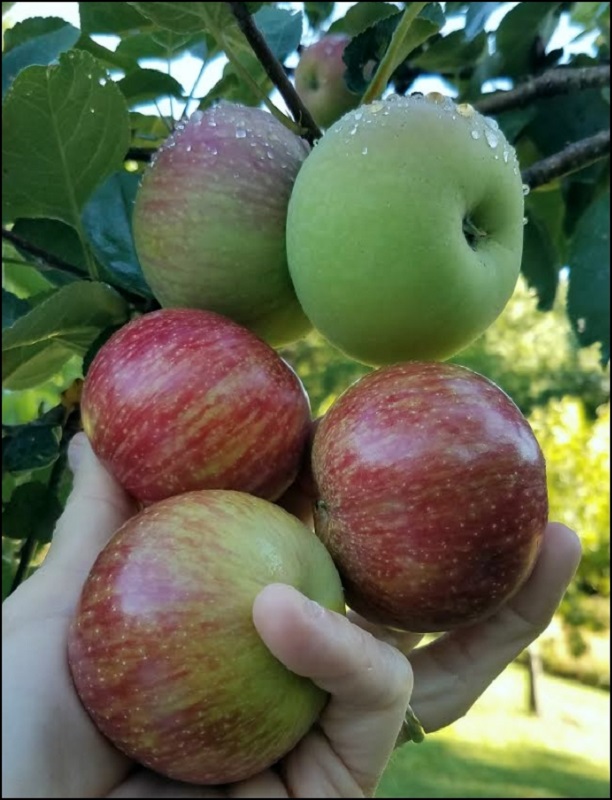 I got this Early McIntosh from Starks 2003… cross of McIntosh & Yellow Transparent.
Here in TN, they ripen Late June, Early July.

It has outstanding flavor… but I have never had a regular McIntosh apple (that I know of).

Have any of you Mac fans… tried the NovaMac ?
Very disease resistant… might just live here.

Hope to find some scion wood for NovaMac.

I have not tried a Nova Mac. I cannot recall seeing any at the local u-picks and such. The scab and CAR resistance that it is supposed to have certainly looks appealing.

Compared to yellow transparent, or something else?

@snowflake … never had a yellow transparent either…

So just compared to the best store bought apples we used to get… occasionally honey crisp… fuji… but most often gala.

It has been about three years since I bought any apples.

So it is not my tongue. I got my hands on some empire apples with the mac-y twang. Thank goodness

Time to make some pies.