How many generations of PC a year in zone5?

I found mature worm and little young worm inside my plum, I assume they both are PCs. Couldn’t think other worms burry inside of plum besides the PCs. It looks like the young worm hatched not very long a ago. If assume PC life cycle is roughly 2 month then the mature worm should come from the eggs deposited in the plum sometime in June. But the young worm looks just a week old so, it should be deposited sometime in July. Will its parents be the first generation of PC? I read somewhere PC only have one generation a year in cold area. If it is OFM, will OFM started in July? 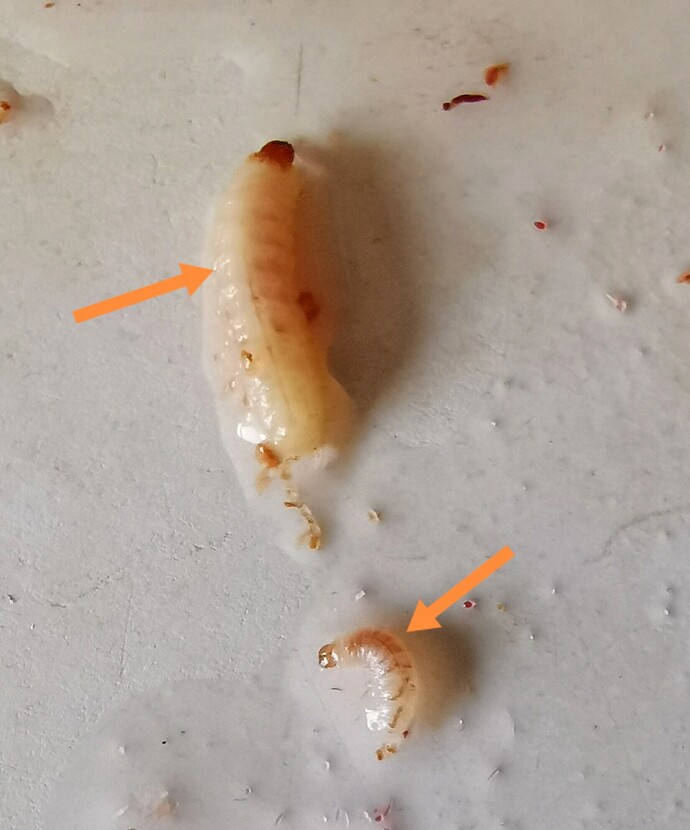 Annie,
Did they crawl away or roll around. If they crawled, they are OFM. With this late damage, I would suspect OFM. My 2n OFM attacked my trees about 2 weeks ago.

PC has only one generation in colder zones in ours. In my area OFM has 3 generations. I guess your area may have at least 2-3 generations, too.

I do have PC and OFM attacking plums. In fact, some years, some of my plums had both types of worms inside.