How many new primocanes

…should I expect from black raspberries the first spring after planting?

I planted three potted black raspberries (two Jewel and a Bristol) in September, plus a Glencoe, from Berries Unlimited.

At most I’m seeing one good new primocane coming up from the crown of each plant. One has three but the second and third are weak.

What should I expect the first season? Will they send out a couple more as the season goes on? 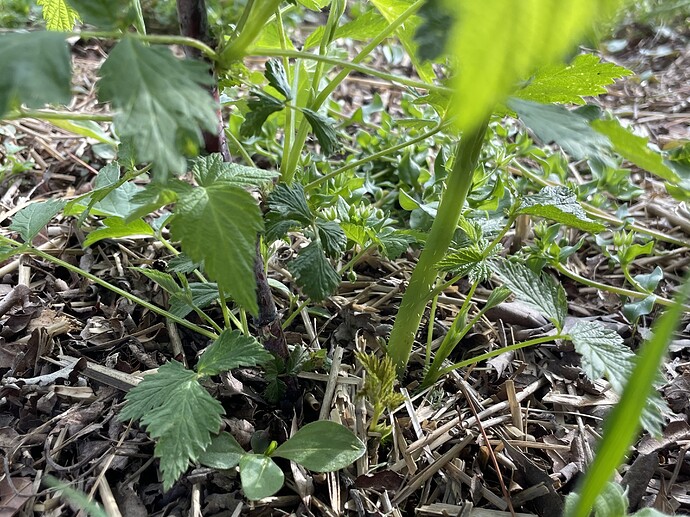 I’m interested in this as well. My blackberries only seem to put up 1 or sometimes 2 new primocanes. I haven’t had much experience with blackberries but over the last few years this has been the case.

Black raspberries sprout new canes usually from the crown, they don’t sucker like other rasps or blackberries. You ought to see a few new canes over the next month or so. I’m seeing new red and yellow rasp and blackberry canes now, but no black rasp canes yet, but it’s still a bit early.

For me, my blackberries send up lots of canes, and to lesser degree red/yellow rasps, and the black rasps the least.

I had the few new ones I do have pop up out of nowhere over the last week to 10 days. Now they’ve slowed down to a halt because it’s been so chilly.

Looks like I see a tiny one coming up just below the big cane, maybe that’s one you’re talking about.

The big one on the right is new as well.

One plant has three good primocanes. The others only have one each so far that is worth keeping.

I hope they grow more, because I can’t imagine much yield next year with a single primocane on most of my plants. 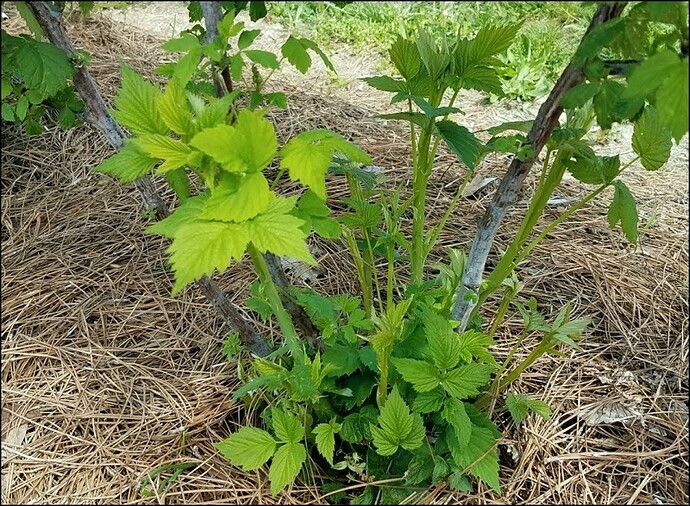 @BG1977 – I have a black raspberry (not sure what variety)… it was supposed to be a fall gold… but obviously not. That is what mine looked like on 4/18. It has several primocanes coming up from the crown… and others here suggested I just wait a month or so and the keepers would be more obvious then, and the ones to prune out too.

Back in March, it had done some tip rooting, and I got some props from that… but when I checked it mid April, there were some root shoots up too. Below is what one of those looked like. 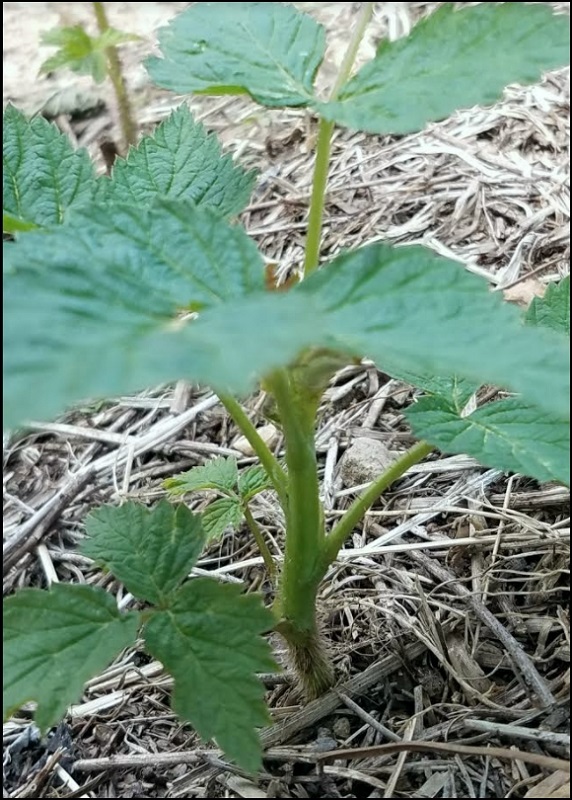 It was close enough to my row to keep… so I will probably keep 3 of the best primocanes from the crown, and possibly this root shoot too.

I am in zone 7a, southern middle TN… and may be a little ahead of you. With more time you may see more primocanes off the crown, and possibly some root shoots too. Good Luck !

Number of protocanes from newish black-cap plantings may peak around year 3 or 4 and then slowly decline.