How much better are home grown asian pears?

yes home grown can be very good. I think they’re best fully tree ripe and fresh, they don’t get better with storage like some fruits. they’re sweeter, crunchier and more juicy this way. the trees also reward heavy thinning which not all store-bought fruit benefits from. also the trees are precocious and productive, always nice for home-grown fruit, so I’d go for it if you have space and your climate supports growing them

I hope so, but I only had one or two so far. I’m not too crazy about Korean Giant pears at the shop either.

Yes homegrown Asian pears are much better try Drippin Honey! Chojuro tastes like butterscotch so make sure you like a hint of butterscotch. Korean Giant can be choice but in my climate half the time its not.

Pai Li aka Peking white pear are so sweet at this stage. 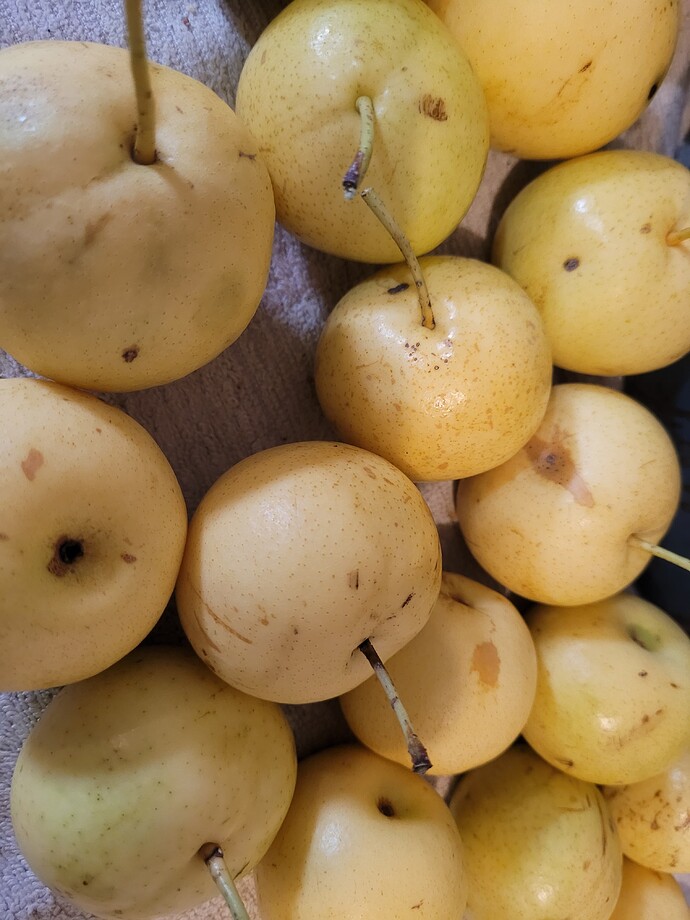 Maybe I haven’t grown the best ones. But I’ve grown a number of varieties over 30-40 years. To me they’re OK to pretty good. I’ve never had one that I thought was a top tier fruit. Apples are better IME.

Korean Giant is the best I’ve grown. The biggest and much easier to thin than most. This is the worse fruit going for thinning. The fruit set can be massive, and the fruits hide down in the leaves and are the same color as the leaves. I’ve at times resorted to pruning off many of the spurs to reduce thinning. 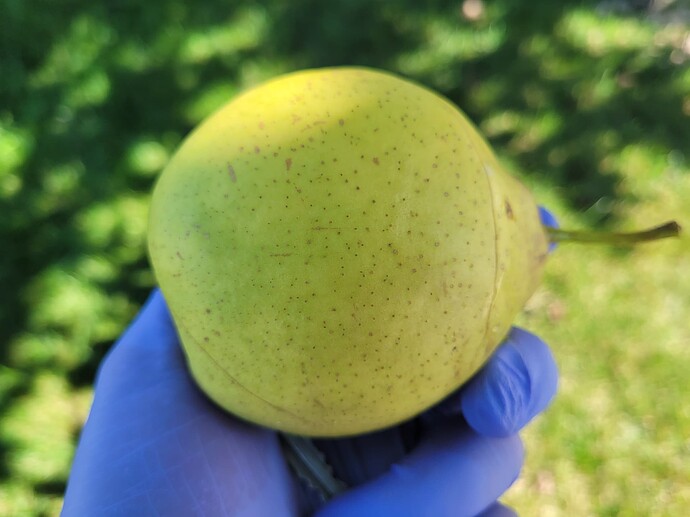 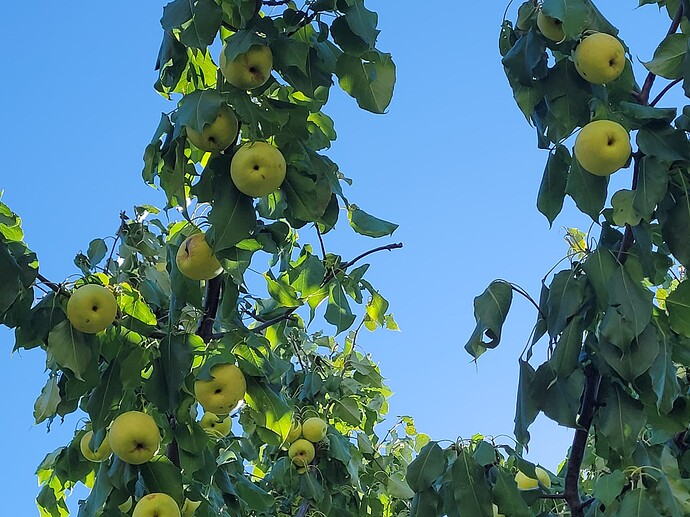