How should we deal with this Hamlin orange branch?

This branch shot up last year near the end of the season. Reminds me of a bull shoot on our blueberries. The branch is nice and round until about the red arrow, then it turns triangular. Should I leave it or prune a piece? thanks. 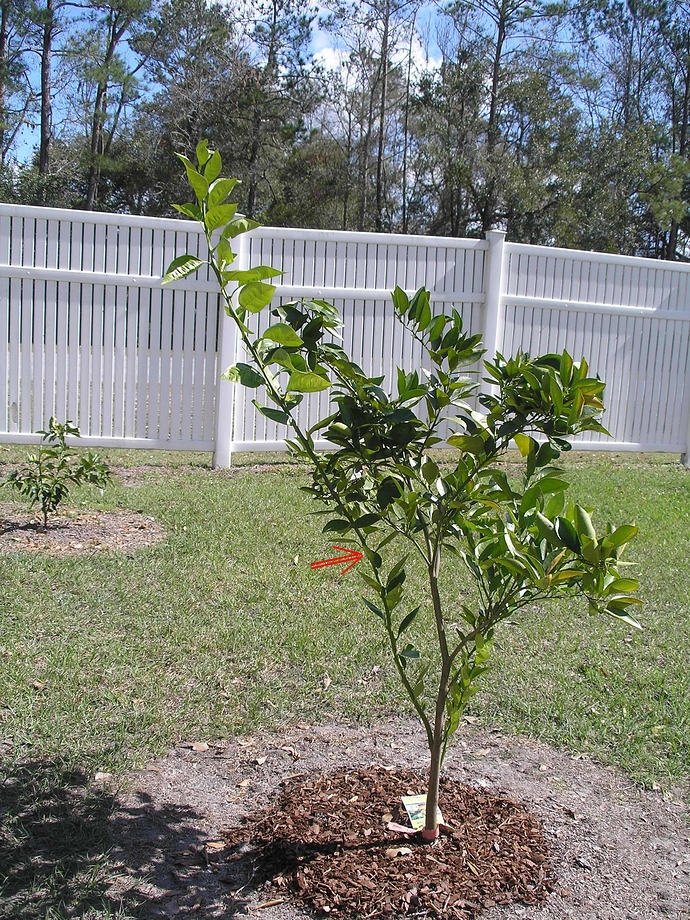 Bump. Seems like it should be pruned about halfway to encourage branching. Thoughts?

I would check if that vigorous shoot isn’t a rootstock. If it is, I would immediately cut it off near the trunk, including the other shoots below it.

if it is the grafted cultivar, I would T-bud another variety on that vigorous branch, about 4" away from the trunk. And if the bud took, then I cut it off at half inch above the t-bud. I would t-bud Cara-cara or California Rojo, both of which are pink pigmented flesh and have higher lycopene content aside from tasting great.

That’s how I balance my citruses, I usually graft something else to balance the tree on wayward branches. I ended up with 101 different kinds of citruses in just one tree.

Generally, we don’t prune citruses, as they’re good at self-balancing itself into a nice shape if you let them be as a single grafted cultivar.

Joe, thanks for the comment. The branch is not from below the graft, definitely above. I had one below the graft last year, and removed it. I sent you a message.

Update: With the help of generous member JoeReal, who sent me a stick of Cara Cara budwwood, I T-bud grafted a bud on the vigorous branch near the bottom. That was about 3 1/2 weeks ago. I removed the parafilm, and it’s not pretty, but it looks like the bud is alive. I also chip bud grafted a bud a little higher than the t-bud, but it’s hard to see in the pic, and I think it survived also. What’s the next step to get the bud to grow? Suggestions please. Thanks, Ed 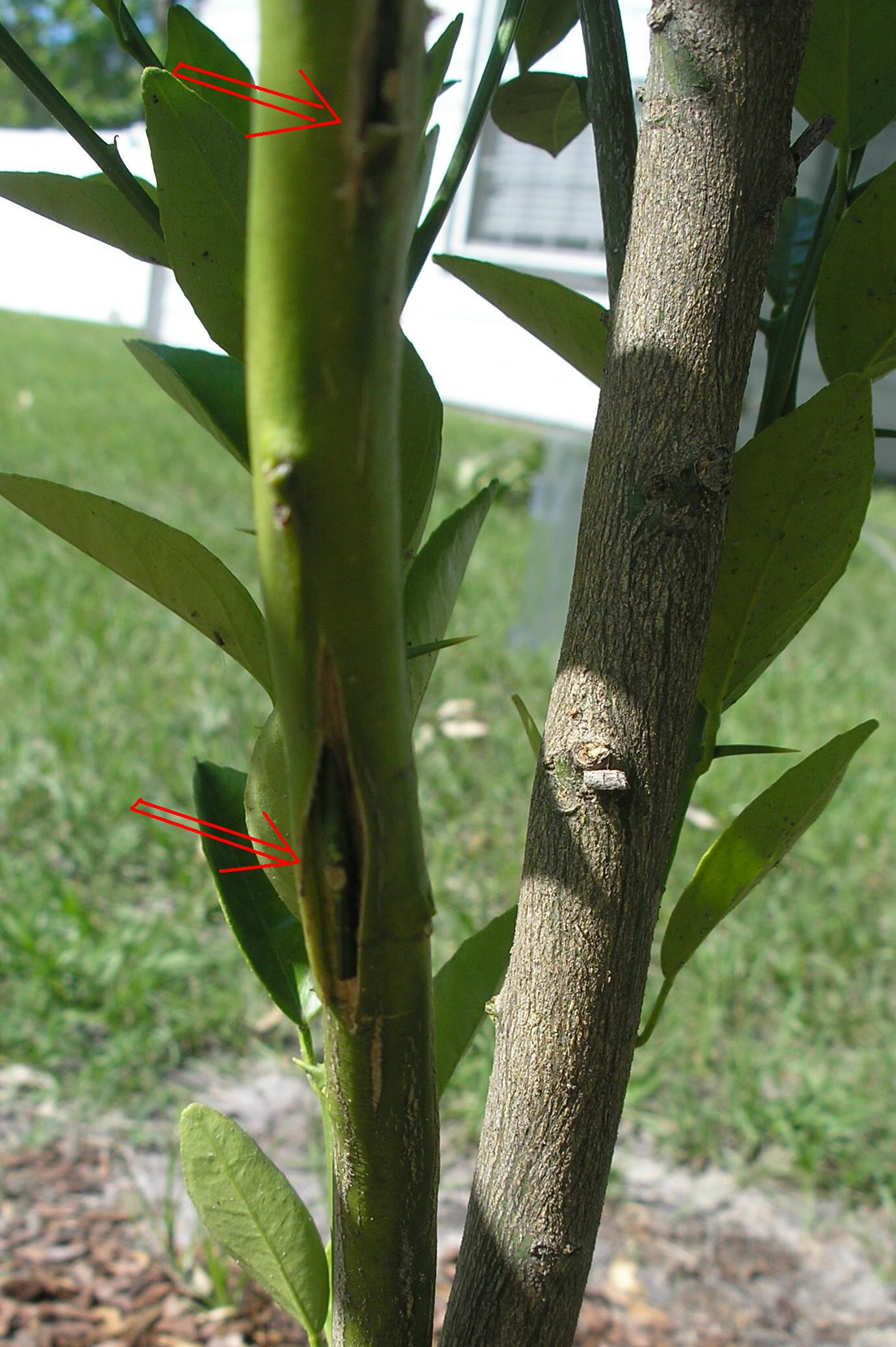 What’s the next step to get the bud to grow? Suggestions please. Thanks, Ed

Cut the branch off above the highest bud and see if one or both will grow.

Your T bud looks like it didn’t have enough pressure applied around the bud. Parafilm by itself isn’t enough unless it’s done correctly. I use budding rubbers and parafilm.

Hey thanks. Ok, so that makes sense. They guy in the youtube video used acrylic tape for these, but never said why. I’d hate to waste that awesome branch if the buds didn’t take. Do you think they are alive and viable now?

This is how I T-bud citruses now, I reinforce them with rubber bands. I double wrap the junction, skip over the buds and finish off the cut portion and then wrap with parafilm. I don’t take out the parafilm, the bud can push through it. I take out the rubber band much later, after about a couple of months or it falls off on its own, whatever comes first. If you leave the rubber band, it will fall off eventually.

Using rubber band has prevented the bark flaps from warping and unfolding which will sometimes kill the buds later even after it has taken.

I now do a combo bark-graft or z-graft along with a T-bud. This has insured me of adding a new cultivar successfully every time. Oftentimes both the bark graft and the T-bud would take. Seldom that either one of them fail, and almost no chance for both of them to fail together. 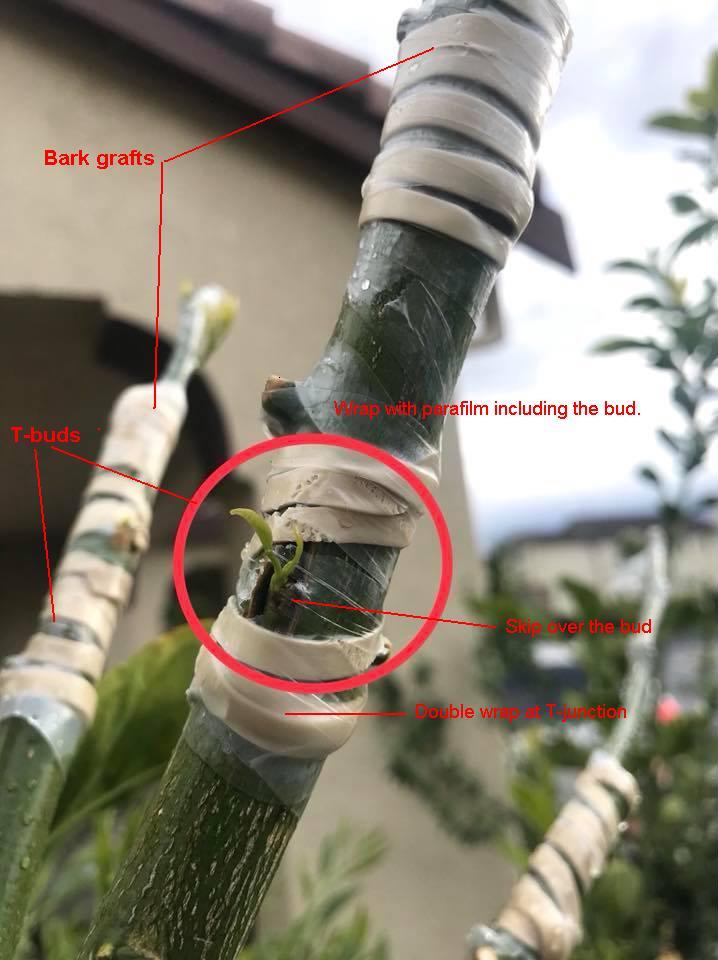 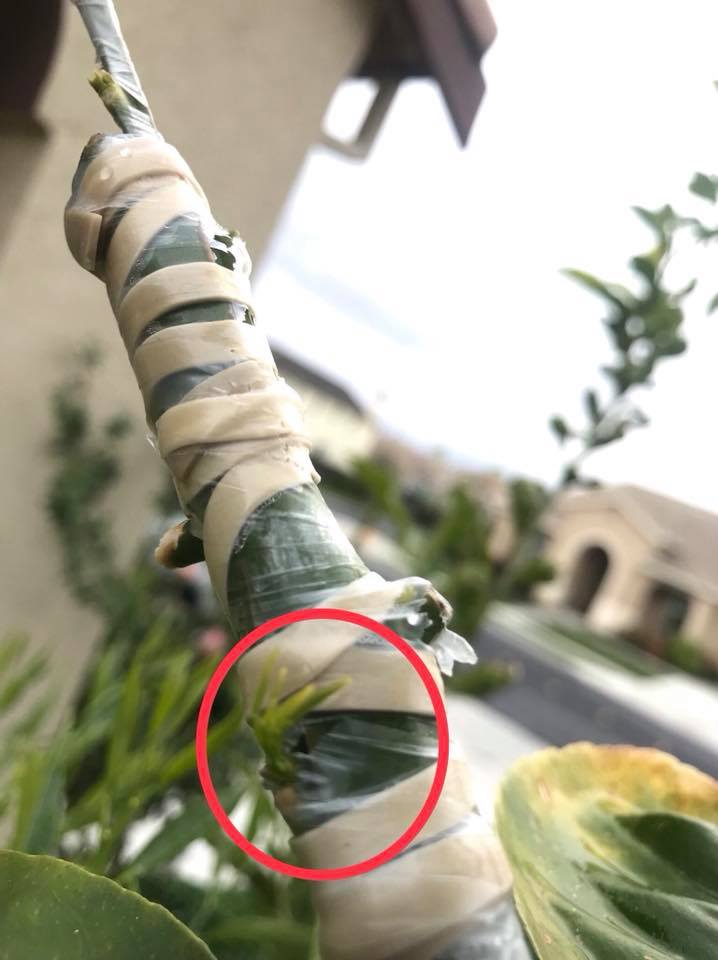 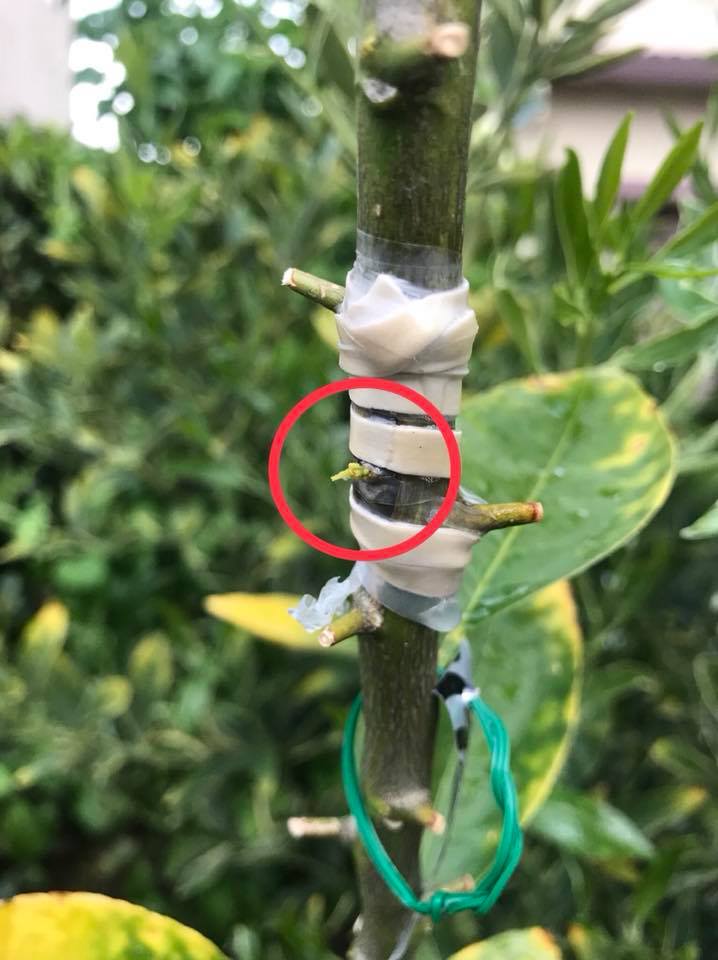 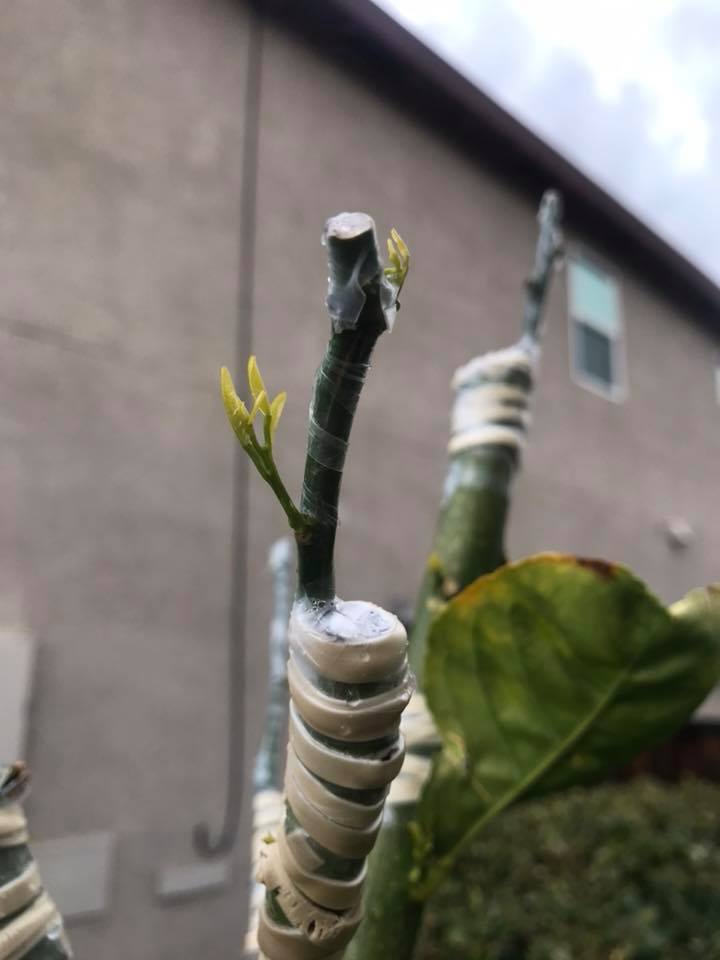 Do you think they are alive and viable now?

Your buds are alive if the bark around the bud is green and the bud itself still looks plump and green.