How to Capture a Groundhog?

I’d prefer not to harm the lil’ guy, but I will if I have to.

get you a trap for raccoons and put some apples in it. They love apples… In some states if you trap them you have to kill them…

I found that it helped a lot to wrap the (large) trap in a tarp. I’m not sure if it worked because it disguised the trap or because it made it harder to steal the bait out the sides.

I bait groundhog into have-a hart trap(large one!) with ripe organic peaches with a little peanut butter. Though I catch it alive, a do not let it go. I have a rain barrel full of water, so whole trap goes right in. (Check with empty trap first if it will submerge completely) It is illegal in MA to relocate groundhog, but you allowed to kill it humanly. Keep in mind, it is always more then on groundhog in the neighborhood, so keep trapping. They usually out to feed at 6-7 in the morning, and second time from 2 to 4 PM. Make sure you washed the trap before first use with mustard powder mixed with water(it is natural remedy for grease and doesn’t have chemical smell) to wash the mineral oil from metal, then rinse it well with a hose. Handle in gloves after that. Rinse well after every use. It may sounds cruel, but relocating ground hogs doesn’t do any good. Moved to the woods, they are prey for predators, moved to other neighborhood - they somebody else pest. Also they do not have natural predators around people, so with all food source we provide them, they can multiply dramatically.

You can take my dad’s approach from when I was kid…sit in your robe with a .22 rifle out the bathroom window. My dad was a redneck, if you couldn’t tell. 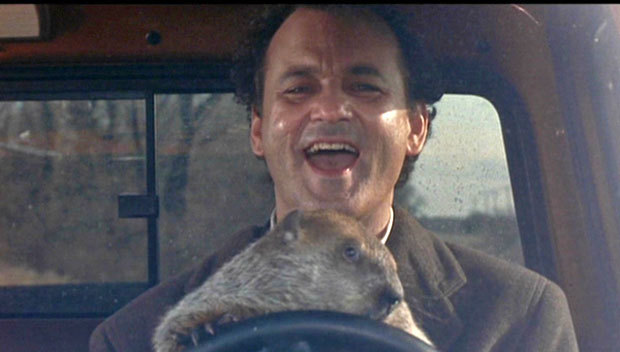 My approach for groundhogs is similar to galinas, except I use whatever fragrant ripe fruit I have on handle. Apple slices, melon rinds, etc seem to all work for me. Sticks of juicy fruit gum also seem to attract them, probably because it’s got a strong sweet smell. They go after that stuff like gangbusters.

I thought about relocating them, but everyone told me I had to drive a minimum of 10 miles away and preferably across at least one major highway. From what I can tell, it is also technically illegal to relocate groundhogs here in PA as they are considered a rabies vector. So I decided to dunk them in a garbage can full of water. If you see one, you probably have more than one nearby. Two seasons ago, I caught 3. Last season I disposed of 7. Every single one of them was wreaking havoc on my garden.

If you have a fenced in garden and the groundhog is digging under the fence, put your trap on the inside of the fence so when he comes out of the hole, he can only go into the trap. You might have to use some rocks or logs/wood to block off any area open between the fence and the trap, but I’ve caught tons this way. Usually after they’ve done some damage, but better late than never!

For bait, I’ve heard that little squares of an old sponge soaked in bacon grease works well. Plus you can get rid of old sponges and bacon grease too! I usually use them along with fruit, peanuts and peanut butter. I figure the more yummy odors I have out there, the more nasty creatures I’ll capture. It works great until you get a skunk!

That would catch me… yum

edit: I read that as sponge cake

I found this recipe just in case you catch him

Take gun Load with bullets and accurately fire at head. The
groundhog’s head, not your own.

Skin groundhog and gut him. Clean out carcass and save the
head.

Make up a big batch of your favorite marinade (make sure it
has oil and vinegar to help tenderize the groundhog).

Throw marinade and critter pieces into plastic trash bag and
marinade around 2 to 3 days in the refrigerator.

Take out marinated critter pieces and stick a fig in the
mouth, The groundhog’s mouth, not your own. then throw on the grill on low
heat. Cook until rare to medium rare. Do not overcook, critter will dry out.

And no one likes their critter dry. 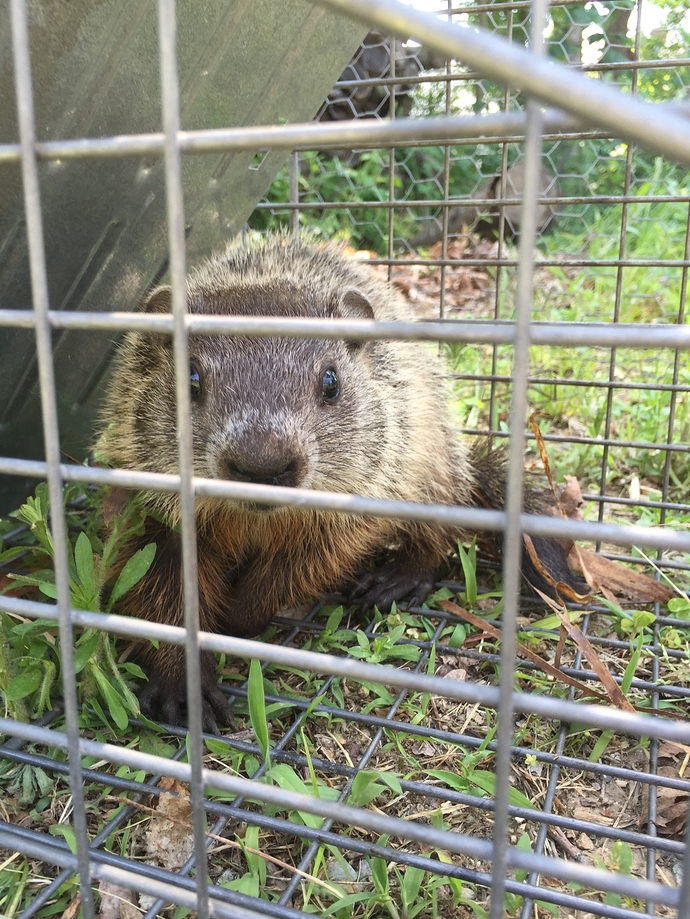 Drowning them in their cage is humane? What is the best way to kill them? Also what the hell do you do with them when you’ve killed them. Definitely not eating them, haha.

Drowning is fast killing, so it is as much “humane” as killing can be. At least you do not let it sit in the cage for days on the sun until it dies. If you have a gun, it will be faster, I guess, if you know what you doing. I don’t, so gun is out of question.
After it killed, you bury it. That is all unpleasant details, I understand. But there are no other options. They eventually get through all fences. The other option to call professionals. Let them catch it and take away and pretend they will socialize that groundhog and offer it for adoption.

. Their service is terribly expensive.

After it killed, you bury it. That is all unpleasant details, I understand. But there are no other options.

Garbage bag and a quick trip to the dump. I used to bury, but I’ve used up all my space. I’ve also had other animals dig them up and it isn’t pleasant for anyone in the area.

@SMC_zone6, what method eventually worked for you? They are tricky creatures to catch. At least, they often outsmart me.

for me melon rind in Havahart works, no need to waste perfectly good apples. They are a nuisance when the young disperse, May or June. If you choose to free them elsewhere, do it several miles away. I once freed a juvenile in the freeway entrance triangle, thinking it was a place with no other groundhogs. But it was 1.25 miles from home, and he was back in less than 8 hours. When I saw him again I saw red and I started stabbing wildly with my spading fork, in the process damaging a rain downspout. He must have decided I was too much of a lunatic for him, and left for good within a few days.

I’ve resorted to drowning a varmint or two in my time, NYC gun laws would have me behind bars trying to protect my yard and family if not. For a recent Raccoon problem where they were obviously sick and hungry roaming around in daylight hours, I called 311 and 411 who in turn connected me with 911 emergency here in NYC, cops showed up, you know what they said, hire a trapper. NYC does not dispose of nuisance animals anymore.

edit: I could have saved 25% if I liked the trappers facebook page… oi vey

Are we allowed to place biological materials in the dump? That would be much easier option! Answering myself - nobody expect us to bury mice or rats, or meat scraps, so I guess it is OK.

I had the same question. I checked out the list of things that were prohibited and it wasn’t there. And there is also no separate section for it (tires, florescent bulbs, etc), so I’m taking it as an OK. The trash is hauled away to be burned for energy, so I figure they are being cremated.