How to prolong BLUEBERRIES dormancy of low chill varieties?

Has anyone been successful prolonging low chill blueberries varieties dormancy through the winter? Is it even possible? I am in zone 7 and have quite a few low chills variety such as spring high, sweet crisp, krewer, titan, and etc to try. It’s so saddening seeing blooms on them when our springtime temperature won’t hit until mid March. Is there something I can do next time such as placing them in a dark chilly area or anything? If anyone has been successful please share your tips and knowledge. Thanks.

My rabbiteye and NHB are farther out than my Southern Highbush.
Sunshine Blue isn’t hurt at this point here. Premier in bloom last week.

Sorry, don’t know … when the chill hours got met in November and it got into the 70’s in December…they break dormancy.

If it’s possible to acquire an old refrigerator or a chest freezer and the plants are in pots,they could be stored that way,with the temp set near freezing.The Zaiger’s do it with their fruit trees,but they have built a room that can hold many containers,so hand pollination can be accomplished,between desired varieties.

Has anyone been successful prolonging low chill blueberries varieties dormancy through the winter?

I found it too hard to do. I decided to go with Nocturne for a southern/rabbiteye type in Michigan.
I tried Sweetcrisp and also Southmoon, and especially Sweetcrisp just tried to fruit too early. I tried to stop it. The last year I just left it outside and it died. Too hard to grow here.
The good news for me is that Northerns grow great here, and I have bags and bags of blueberries. The various range of flavors is good too. So no complaints from me! 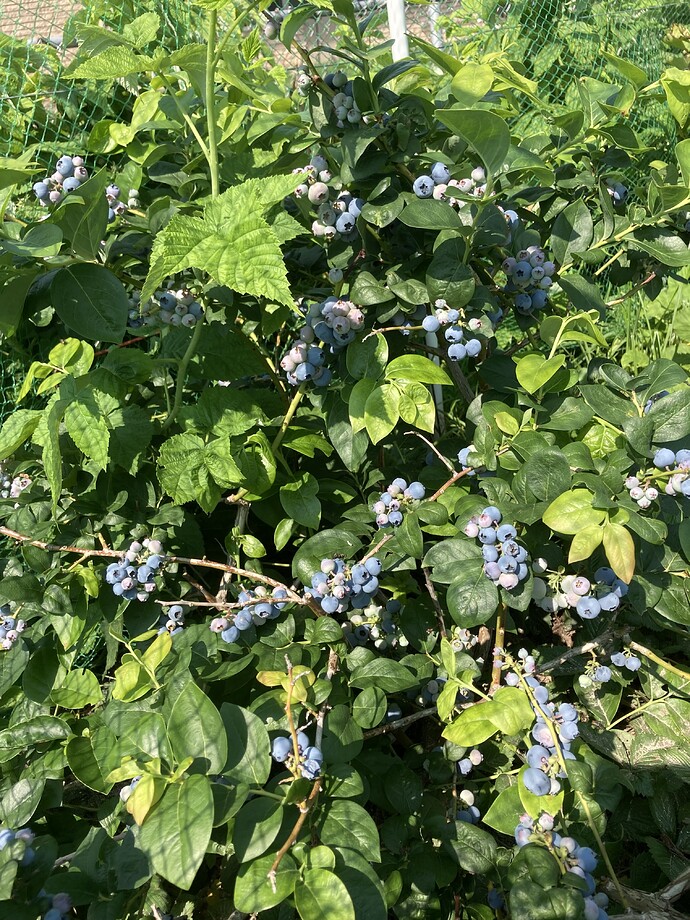 Have you tried growing Blue Gold or O’Neal? Is there a particular reason why you chose Nocturne? I ask about the former two because I have them ordered for this year and I’m hoping they are hardy for z6.

BlueGold is a fine one. Limbs and foliage yello in fall, crop on the light side and mostly ripens for one main picking, bushes under 4 feet and usually under 3 feet tall. Probably might do better if I lowered the pH from around 6, but all in all, nice plant and no hardiness problems.
(I don’t have this one currently, sold them for ‘edible landscaping’ as they make a plant that behaves.)

Have you tried growing Blue Gold or O’Neal? Is there a particular reason why you chose Nocturne? I ask about the former two because I have them ordered for this year and I’m hoping they are hardy for z6.

Well I wanted to have some rabbiteye genetics. I was planning on adding Pink Lemonade and heard it is not that productive. My guess is lack of compatible pollen. Since Nocturne has rabbiteye and southern highbush genetics beside northern, it may help with proper pollen. Plus just to have a blueberry of very different genetics then what I have. Many of my blueberries are complex hybrids anyway. Legacy has a lot of southern .My only blueberry plant that refuses to give up it’s leaves.
This morning, 12 degrees F is the temp. 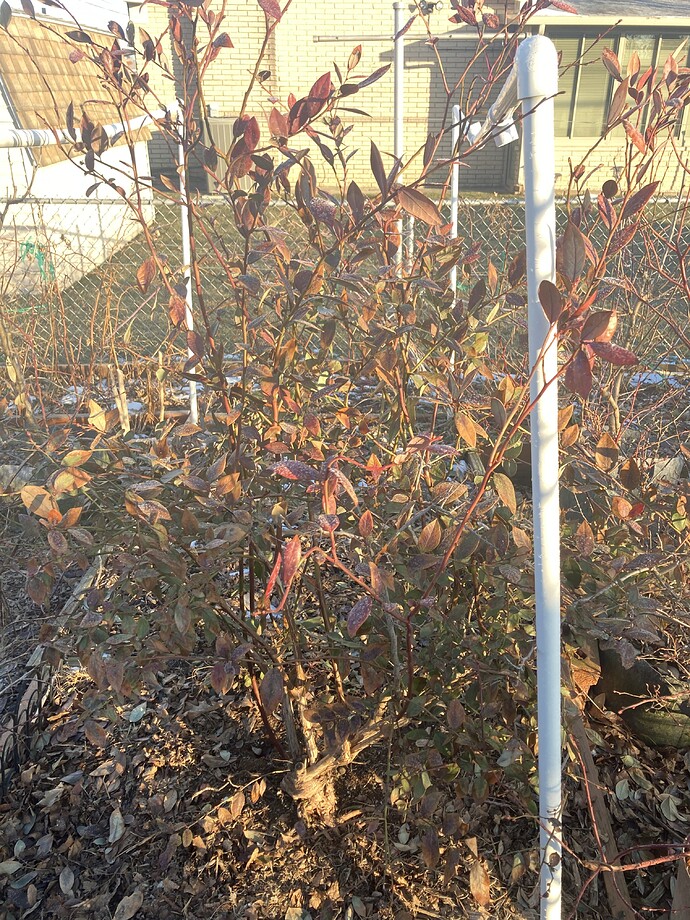 I have not tried the cultivars mentioned. Bluegold is northern and hardy to zone 4 O’Neal is southern and early, I doubt that will work in colder zones. Nocturne is so late flowering even though it has a lot of Southern, it is hardy here and will grow just fine. Hardy to zone 3.

After ordering O’Neal I have found mixed reports about it. It’s not a deal breaker if it doesn’t make it, I think I am up to 16 other varieties I’m trialing once 2022 wraps up.

I’ll have to get busy or you’ll catch me in numbers of blueberries!

Seriously, though, I didn’t have any problem
O’Neal or Elliott as far as hardiness…didn’t like the results at picking time.
Aurora is a much better late berry (though on the sour side until it’s turned blue for 3 or 4 days or more).

I’ll have to get busy or you’ll catch me in numbers of blueberries!

Blueberries have been my favorite fruit since I was little. Going to Maine in July /August we always picked wild berries and made pancakes, pies etc. with whatever we didn’t sneak in the fields. I eat them almost every morning with oatmeal and sometimes again in a smoothie. I had actually considered your screen name when signing up for the forum…

Seems like you have several options to either relocate them to the northern side of a barrier from the sun such as your residence, or a row of tall evergreen trees on the south side, or simply replace them with varieties more suited to your climate. I selected a site on the north side of my compost area which I have shaded by a series of tall hemlock trees, so my berries do not receive a lot of heat until late spring. Most probably you can relocate them to a similar site.
Dennis
Kent, wa

The other choice to avoid early bloom would be to avoid all chilling until late winter. So move the plant indoors under grow lights before it turns cool in fall. Grow it over winter indoors. Then move it outdoors for about the last month of chilling temperatures. This will delay bloom until spring.

Blueberries would do well indoors under some fairly inexpensive LED grow lights. These work pretty well and cover at least 4x8ft for 120 bucks:

Most years it’s not been a biggie. But, this year chilly November and hot December did cause a problem.

Simply bringing potted blueberries inside or into any heated space in November and putting them back outside in Mid-December
should have taken care of the situation this year.

Still, I only have 3 or 4 Premier and one Blue Ridge containerized blueberry that have bloomed or passed the point of having viable buds so far. Folks farther south may have had things blooming out much more than in Kentucky.

Thank you for everyone replies! This is my first year with low chill varieties to try so it was a learning experience to say the least with so many blooms blooming early. I do have a small greenhouse!! And as previous mention, perhaps prolonging them inside my greenhouse so I can delay the blooms for as long as I can is the way to go. Also I will experiment next year by placing the dormant low chill blueberries in a north facing wall so that they stay cool n chilly n dormant.