I girdled my plum

I girdled my plum. I had several plums in a very large pot that were grafted. I missed taking rubberband off and now a couple are girdled pretty good. They really grew good too, I’m really upset at myself for letting this happen. What are the chances they will grow out of it?

I had a branch girdled on two different apricot trees and during the course of half of a summer I had forgotten to remove some strings that were bending the branches. I removed them and the next day the branches had fallen off of the tree where it was girdled, as smoothly as if I had cut them with pliers.

They might well grow out of it. Even a picture won’t allow an educated guess. I’d stake them for support and see what they do. If they don’t decline next yr you should be good to go.

Ok took a couple of days off and finally got a picture. 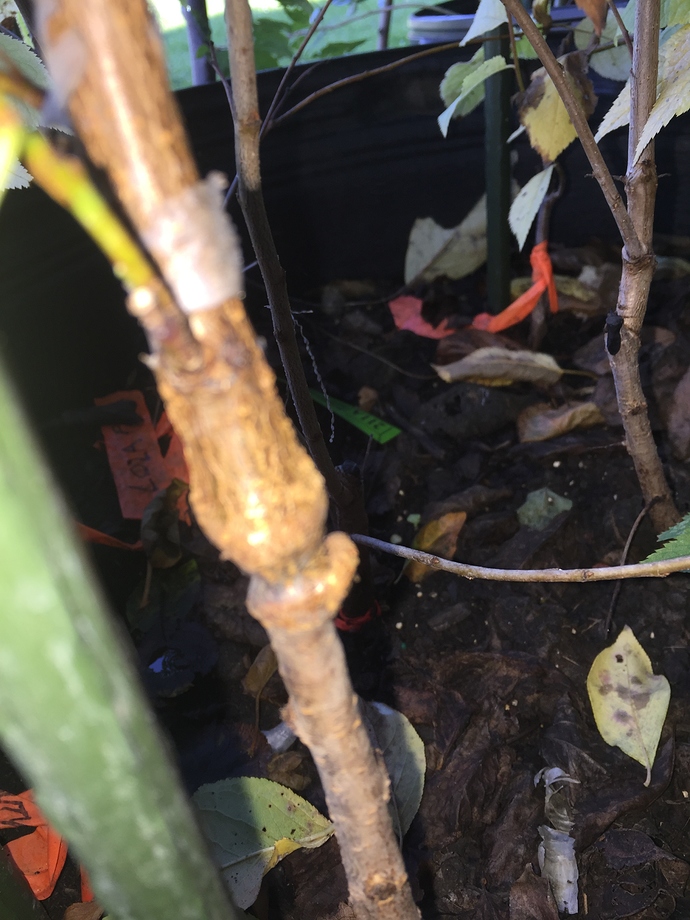 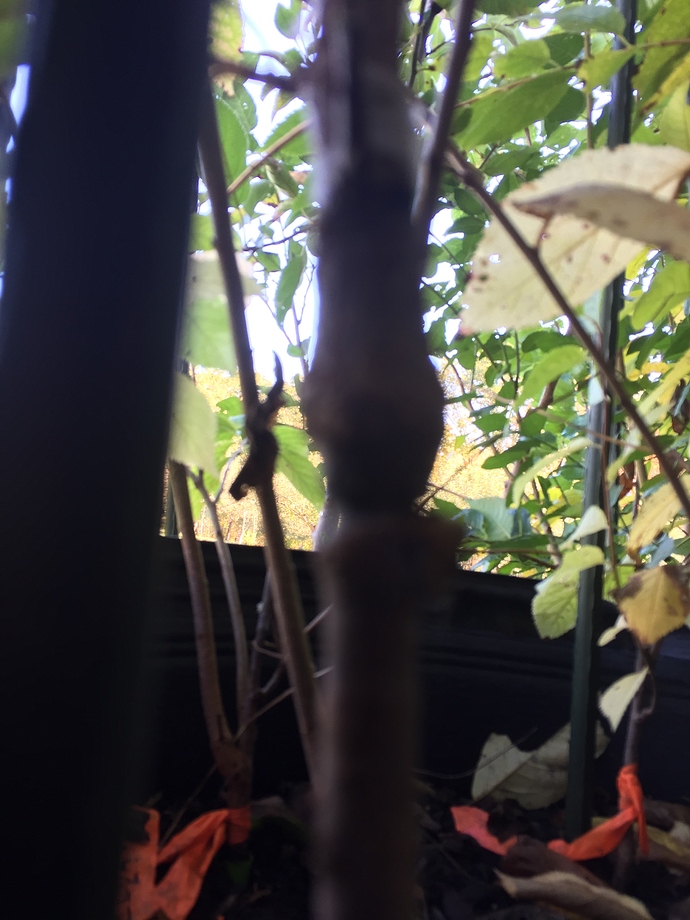 Ouch. The first pic looks rough, a bit. I see some live buds below the girdling, which is a good thing.

I can’t tell much from the second pic.

This spring I had a plum on peach roots which was girdled almost all the way around from voles, about a quarter of the bark left. It healed a bunch this summer. 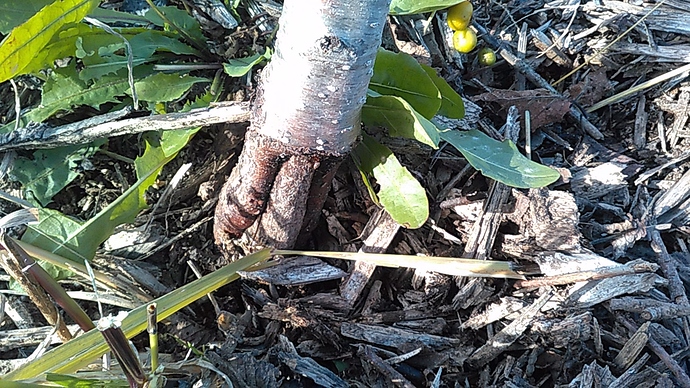 Ok took a couple of days off and finally got a picture.

That’s a diet not a girdle. I think it will grow fine next yr.